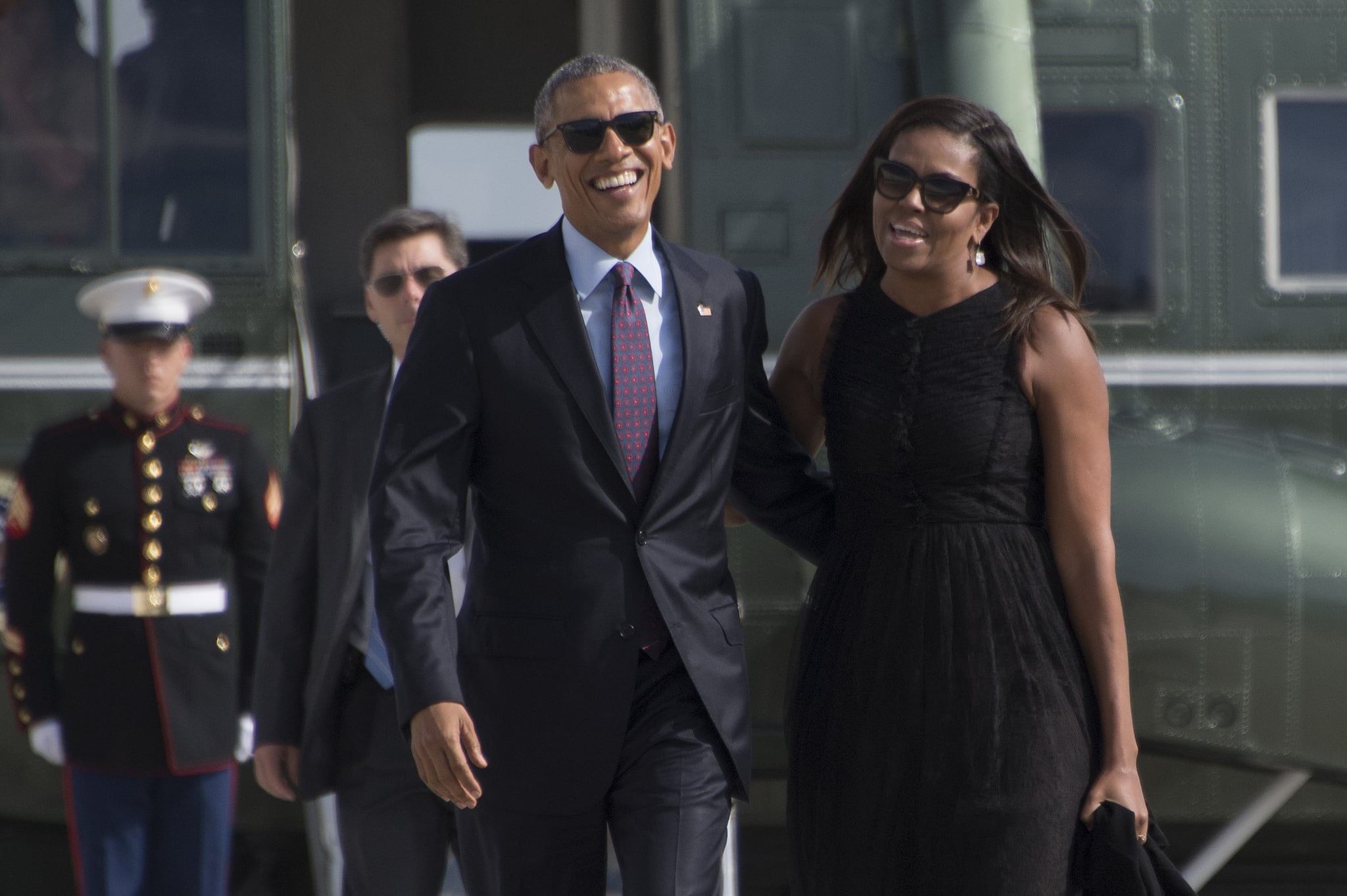 Despite the internet's continuous calls for FLOTUS to run and her obvious skills at inspiring a crowd, Obama revealed why it's not even an option. "She is as talented and brilliant a person as there is, and I could not be prouder of her," the president said, "but Michelle does not have the patience or the inclination to actually be a candidate herself. That's one thing y'all can take to the bank."

While she won't run for office, Obama assured listeners that Michelle and himself will still be involved with the issues. "We're going to continue to be very active in terms of issues we care about like My Brother's Keeper," Obama shared.

Michelle herself has repeatedly said she will never run for office. So for now, we will simply appreciate her powerful speeches campaigning for Hillary Clinton.

Celebrity Style
We Ranked All of the Fab Coats From Inauguration Day, and It Was No Easy Task
by Yerin Kim 2 days ago