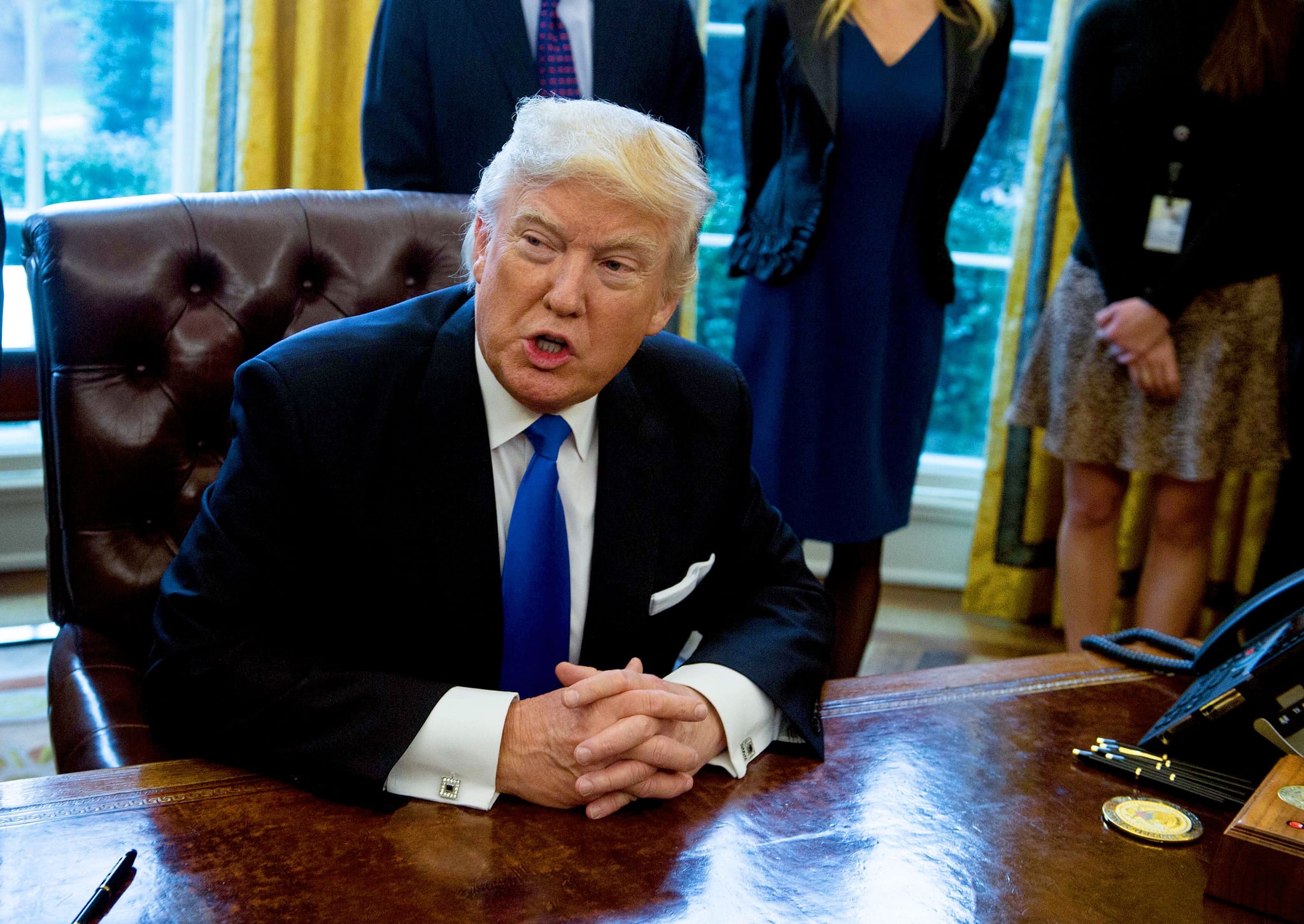 President Donald Trump has a "size" complex. Whether it's the size of his hands, the size of his "something else" (as he called it on a debate stage), or the size of his inauguration crowd, he's not going to let the truth get in the way of claiming he has the "yugest" anything. Speaking about his inauguration on the day after, Trump said, "I made a speech. I looked out, the field was, it looked like a million, million and a half people." Expert figures put the number between 300,000 to 600,000.

We might laugh — or sigh — at the fact that the most powerful man in America has no shame in lying about something as inconsequential to the country as his inauguration turnout. But the Trump administration's precarious relationship to the truth is dangerous. It's dangerous for journalists, it's dangerous for citizens, and it's dangerous for the fabric of American democracy. 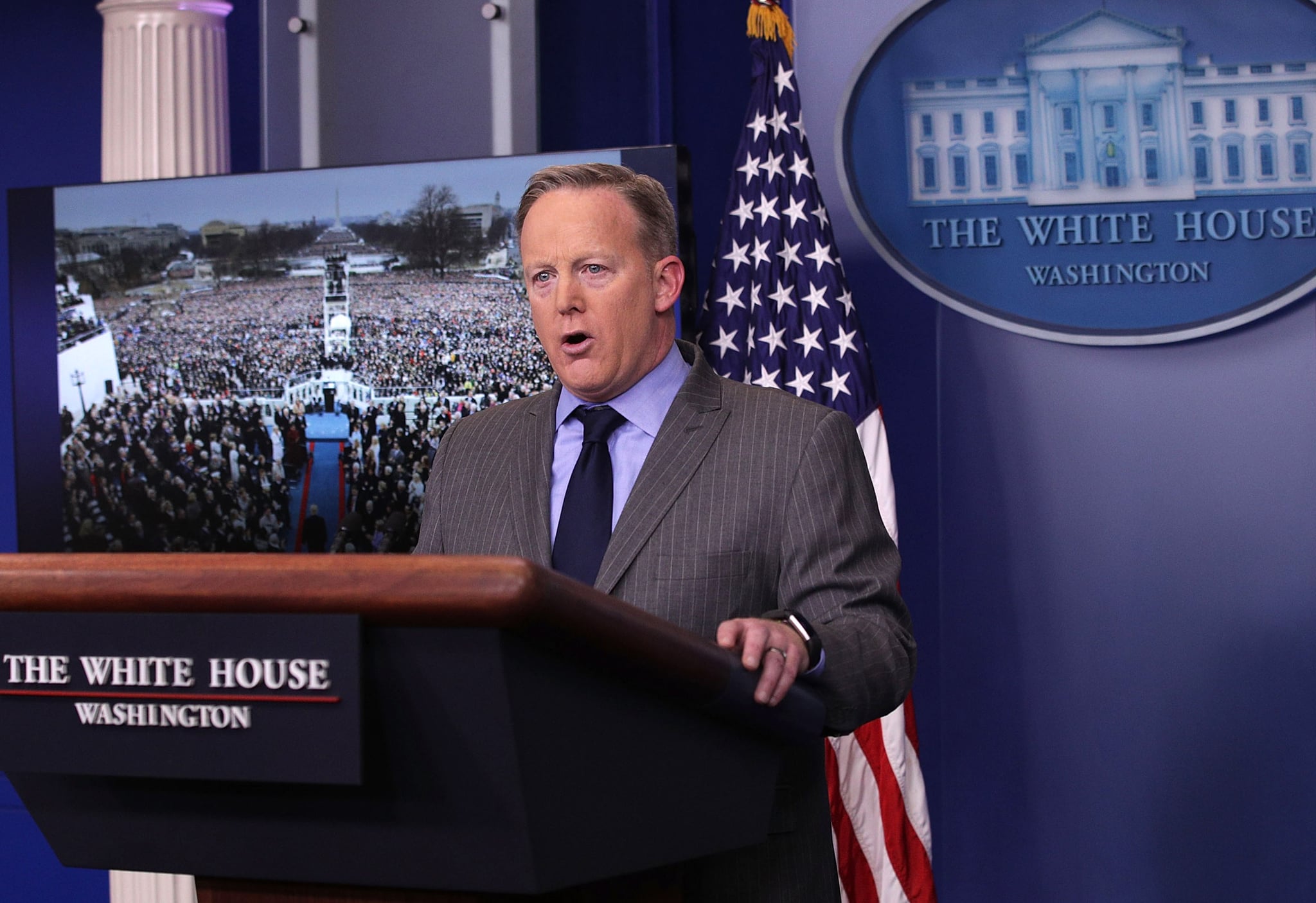 On the first full day of the Trump presidency, Press Secretary Sean Spicer gave a presser in the White House and blatantly lied about the inauguration crowd. He attempted to add an air of evidence with blown-up photos. The next day on Meet the Press, Trump counselor Kellyanne Conway called these lies "alternative facts." It sent a message: you cannot trust what comes from the White House, which is traditionally responsible for sharing information on issues like national security or the US economy. If they will exaggerate the size of a crowd, what makes us think they won't exaggerate a drop in the unemployment rate?

It's More Than Spin

Spin always happens at the White House. "The presidency is a self-contained PR firm and the president is its CEO," explains Josh King, who worked on President Bill Clinton's communication team and wrote the book Off Script: An Advance Man's Guide to White House Stagecraft, Campaign Spectacle, and Political Suicide. King says that every day at the White House is a "theatrical production" designed to tell stories, promote policies, and persuade people, with the president as the lead actor in that drama. "Does the lead actor have a say in writing the script and producing the show? Of course he does. A lot." Considering Trump's history of self-aggrandizing and indifference to the truth, the production coming out of his White House will likely place little value on facts — and not the alternative kind. There are already reports that Trump is personally directing his press team to address perceived slights carried out by the media.

Just how far does the Trump approach deviate from the norm? "The White House ballet of trying to dance around the press is nothing new," says King. He argues that it happened during his time in the Clinton White House and during the Obama years. "The difference today is that the press, whose approval rating has sunk far from its high after Watergate, is being positioned as a hostile foil by the new White House staff." Polls show Trump also has a historically low approval rating, showing how Americans often distrust traditional institutions of power, including the press, the president, and Congress.

The Problem With Fake "Fake News"

Presenting the press — those responsible for reporting on the truth — as Trump's political adversary could help the president maintain popularity with some Americans. If an outlet reports on a story potentially damaging to Trump, he can dismiss it as "fake news" perpetrated by those trying to undermine his movement. But Trump's team has co-opted the term "fake news." The phrase was originally used for false viral stories favorable to Trump, which some claim helped Trump win the White House. Take "pizzagate," for example, the fake news story that claimed Hillary Clinton and her campaign chairman John Podesta operated a child sex ring from a the basement of a Washington DC pizza place. That fake news story led to a shooting at the pizzeria even though there was no sex ring to begin with.

David Boardman, chair of the Reporters Committee For Freedom of the Press, explains the dynamic: "Unfortunately, putting the 'fake news' label on legitimate news outlets is gaining traction, especially with supporters of the president. The consequences are serious, as it's essential to be able to differentiate between truly fake, fabricated news and news that is simply told from a perspective different than one's own."

Thanks to Trump, there is now fake "fake news."

Thanks to Trump, there is now fake "fake news" — that is, real news that is wrongly labeled "fake news." "People tend to feel about media the same way they do about Congress," Boardman explains. "They hate the media, but they trust their own favored news outlet, just as they hate Congress but like their own representative." This environment makes it easier for Trump to dismiss outlets like CNN or BuzzFeed, which have little credibility with his supporters, while repeating the false claims of alt-right, Trump-friendly outlets.

The Risks at Home

The lies told by the Trump administration about the inauguration may seem harmless overall and even damaging to Trump. King explains, "It was an unforced error, but very much in character for Trump, who, despite becoming the leader of the free world, can't turn the other cheek and reacts to anything he considers a slight. He had a huge crowd before him at the inauguration — who cares if the patches of the Washington Mall much farther afield weren't packed?"

While King believes a little humility would go a long way to boost his approval ratings, Trump might not care. Already, in the first week of his presidency, we see Trump repeating untruths that could jeopardize American democracy. For example, right before the inauguration, Trump told lawmakers that at least 3 million ballots were cast illegally in the 2016 presidential election, calling into question the legitimacy of the popular vote, which he lost by a convenient 2.8 million votes. The claim, backed by no evidence, also calls into question down-ballot races won by Democrats. Now Trump is calling for an investigation.

I will be asking for a major investigation into VOTER FRAUD, including those registered to vote in two states, those who are illegal and....

even, those registered to vote who are dead (and many for a long time). Depending on results, we will strengthen up voting procedures!

"The president's allegations of voter fraud are inflammatory and potentially tragic," says Boardman. "A foundation of our democracy is the confidence of the citizenry to believe in and accept the results of elections." Sadly, the Economist Intelligence Unit recently downgraded the United States from a "full democracy" to a "flawed democracy" because of a "further erosion of trust in government and elected officials there."

Trump's promise to "strengthen" voting procedures could also lead to voter suppression in future elections. Trump claims "zero" of these "illegal" votes went to him, so he may target those likely to vote for his political opponents in future elections. It's crucial that the press investigates these deceptive claims and demands evidence while keeping a watchful eye on future actions.

Unfortunately, Carlos Lauría, America's senior program coordinator at the Committee to Protect Journalists (CPJ), believes Trump might be making it harder for the media to do just that. "The press freedom climate for journalists has deteriorated sharply in the United States." The tone set by Trump during the presidential campaign was the first sign. "He obstructed major news organizations, mocked reporters at rallies, denied press credentials, attacked reporters by name, showed an unrelenting hostility toward the media, and contributed to a threatening climate for journalists," Lauría recounts. He says that his organization, which monitors free press around the world, is alarmed by President Trump's aggressive rhetoric.

"It fits the historical pattern of many totalitarian regimes."

While Conway's "alternative facts" comment spawned some funny memes, it gave a hint at the darker times to come. "The new administration's approach to truth and facts is fascinating, and enormously dangerous. It fits the historical pattern of many totalitarian regimes," Boardman warns. In his first week, Trump has taken other concerning actions that fit this pattern — like signing executive orders that may represent a power grab against Congress and state governments. 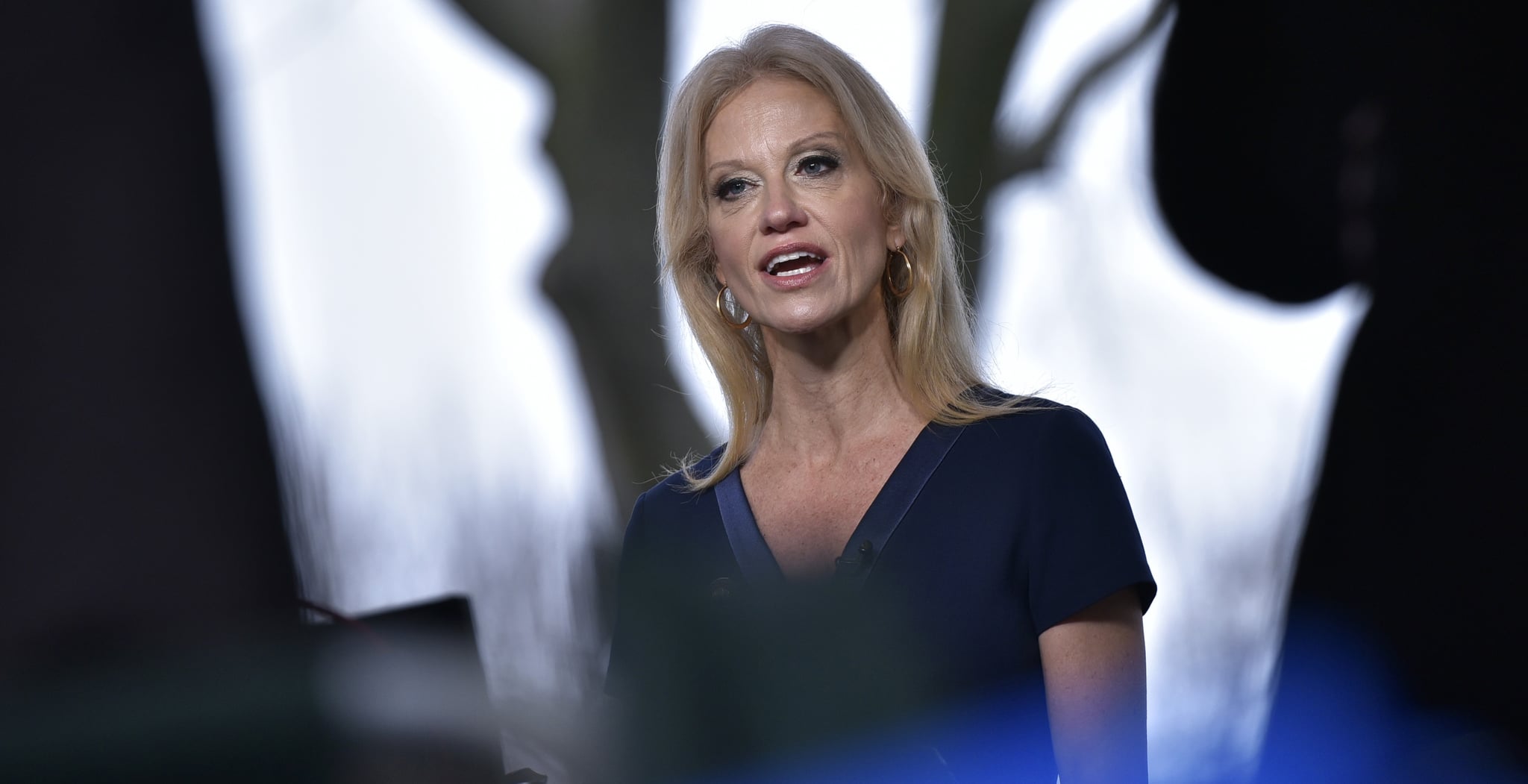 America is traditionally a shining example of free society for the rest of the world. Trump's actions threaten that. "CPJ is particularly troubled that the current environment for journalists in the United States sets a bad precedent for the rest of the world, where governments regularly justify intervention of the press by citing national security," Lauría explains. He says that his organization's research shows that vilification of the press by public figures creates a divisive environment that leaves journalists open to attacks.

A recent story in Politico also argues that Trump's strenuous relationship with the truth is a national security concern and could have life-threatening ramifications on America's standing in the world.

Democratic congressman Adam Schiff told Politico, "It absolutely puts lives at risk. If the president claims that Iran is cheating on the nuclear accord, or that North Korea is about to test a nuclear device on an intercontinental missile, the public needs to believe him, and if he so undermines his credibility we can't build an international coalition . . . it has the gravest consequences." The American people rely on the White House for information about military and intelligence operations. If Trump continues to deviate from the truth, he will lose credibility with the American public and our strategic allies abroad.

The Role of the Press Going Forward

The challenge facing the press is clear. They must continue to report on the truth and call out falsehoods for what they are. "I'm optimistic that the next four years will yield some of the finest journalism we've ever seen," says King. He explains that many of the reporters working with a White House press pass today have been there since President Ronald Reagan. "They're as much a part of the institution of the presidency as the president himself. They're built into the fabric of the place."

It's up to them, and those reporters working without access, to continue to push back, to demand evidence, and present the truth. And it's up to the American voters to hold their leaders accountable for the facts — while they still have them.