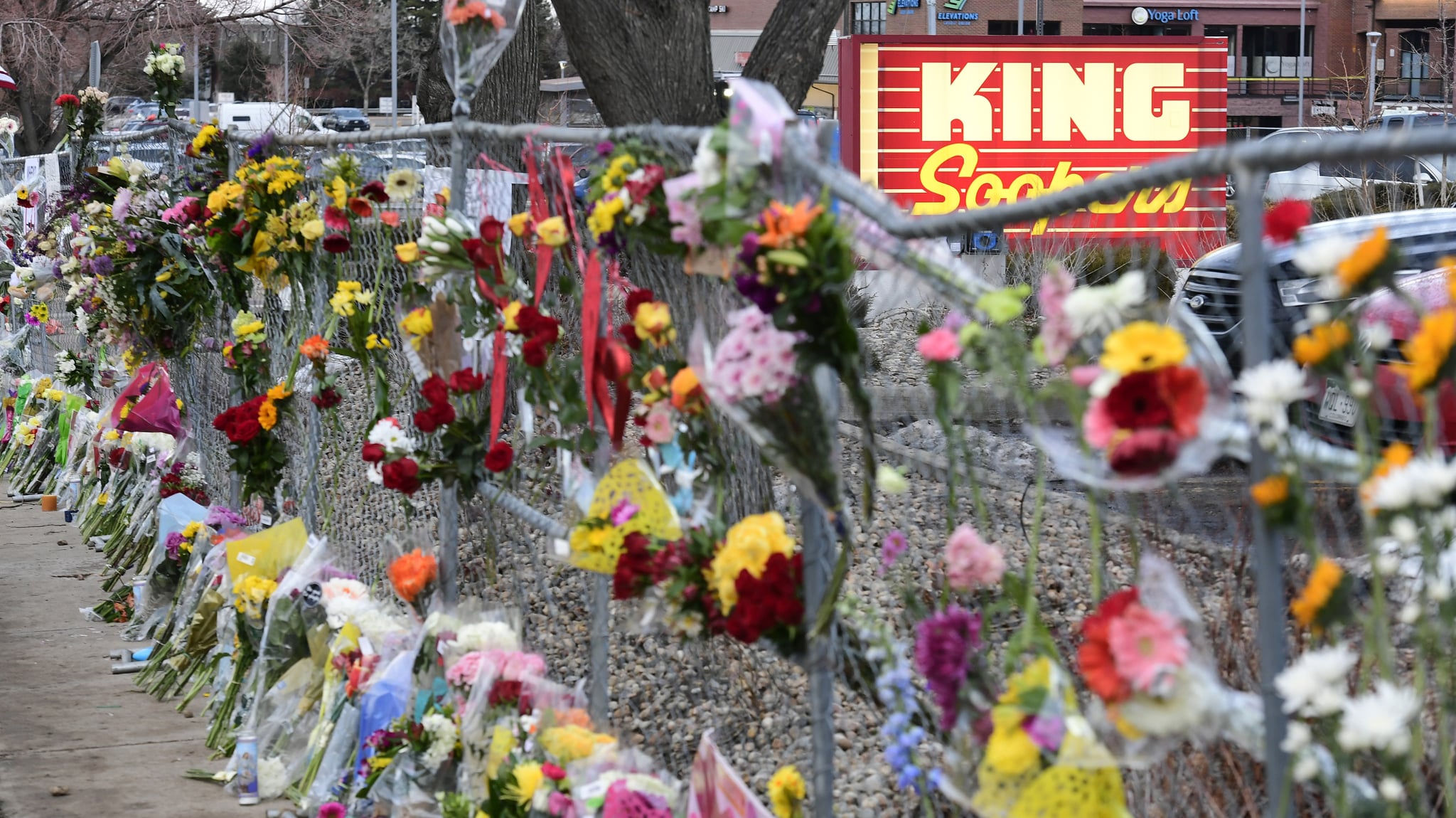 The bulk of my upbringing was spent in Littleton, Colorado — location of the 1999 Columbine High School massacre that killed 13, injured another 24, and was, at the time, the worst school shooting in history. I was in eighth grade at the time, suddenly on lockdown and terrified to learn about the unfathomable event that happened just miles from my home. Going to high school went from an exciting prospect to absolutely terrifying.

For years, I couldn't go anywhere without an audible or visible reaction — a gasp, a murmur, a question, a sympathetic gaze — when I mentioned where I was from. "Littleton? Isn't that where . . . " their voices would trail off. My state already was synonymous with the site of a major mass shooting, but that, unfortunately, was just the beginning.

Since then, gun violence has not only plagued my state, but several of the shootings have had deeply personal ties to my life. Among the many such events in Colorado's history: a female student was killed in a 2013 shooting at my alma mater, Arapahoe High School, also in Littleton. There was the horrific movie theater shooting in 2012 in Aurora, CO, the city of my first job and an area I frequented weekly to visit my grandmother. Twelve people were killed and another 70 injured. In 2019, shots were fired at the STEM School in Highlands Ranch, CO, where my two bright and beautiful nieces attend — of course the most personally terrifying of these events. Eight were injured, and a student was killed as he tried to charge one of the gunmen; he died a hero. And just this week, a gunman killed 10, including a police officer, in a King Soopers grocery store in Boulder, CO — the city where my husband is from. It's the store he grew up going to.

Related:
We Should Pay Attention to the Kids Comparing the Congress Lockdown to School Shootings

What is it like to not only live in a community that has had several mass shootings in the past two decades, but as someone who has personal connections to many of them? You have survivors' guilt. You plague yourself with what-ifs. You have a history of texting and calling your family and friends and asking who is OK. You comb through lists of victims praying you don't know any names, but also feel guilty knowing that people on that list leave behind spouses, children, parents, siblings, friends, and massive amounts of broken hearts.

But I mostly have rage. Rage that this keeps happening, rage that it appears largely forgotten about except for the insurmountable grief left by victims' families and friends. Rage that my nieces now have "school shooting survivor" as a label they wear. Rage that just last week, an assault weapons ban was lifted in Boulder right before the deadly King Soopers shooting.

When a mass shooting happens here, there's mourning and anger and thoughts and prayers. Our news cycles are full of coverage of the event for a couple days. Politicians say we must do better. Yard signs pop up honoring the victims. Churches hold prayer events and vigils. Our sports events hold a moment of silence before the whistle blows. Then it stops, and repeats again.

These days when I tell people where I live, they remark how lucky I am: Colorado is beautiful! So close to the mountains! The seasons! The skiing! The significant and dark history of Colorado's shootings isn't mentioned anymore. It's instead drowned out by the majestic Rocky Mountains.

When violence like a mass shooting happens in your state, your town, your community, there's a lot of talk about it not defining us. Not having it be a part of our identity, of who we are. That's a mistake. Let's have it define us. Let's have it be so engrained in us that our anger ensures that we make changes, that we prioritize mental health help and actually take significant action around gun control. Our failure to do so is outrageous and embarrassing, and change is beyond overdue.

I live in a community that has experienced some of the worst gun violence in history, and I cannot, and will not, forget it. The moment we stop letting this be our identity, we fail our community members, our kids, our policymakers, our schools, our state, and our nation. Our rage must fuel change.

Fashion News
How Major Fashion Brands Are Responding to the Roe v. Wade Ruling
by Charlotte Kho 5 hours ago