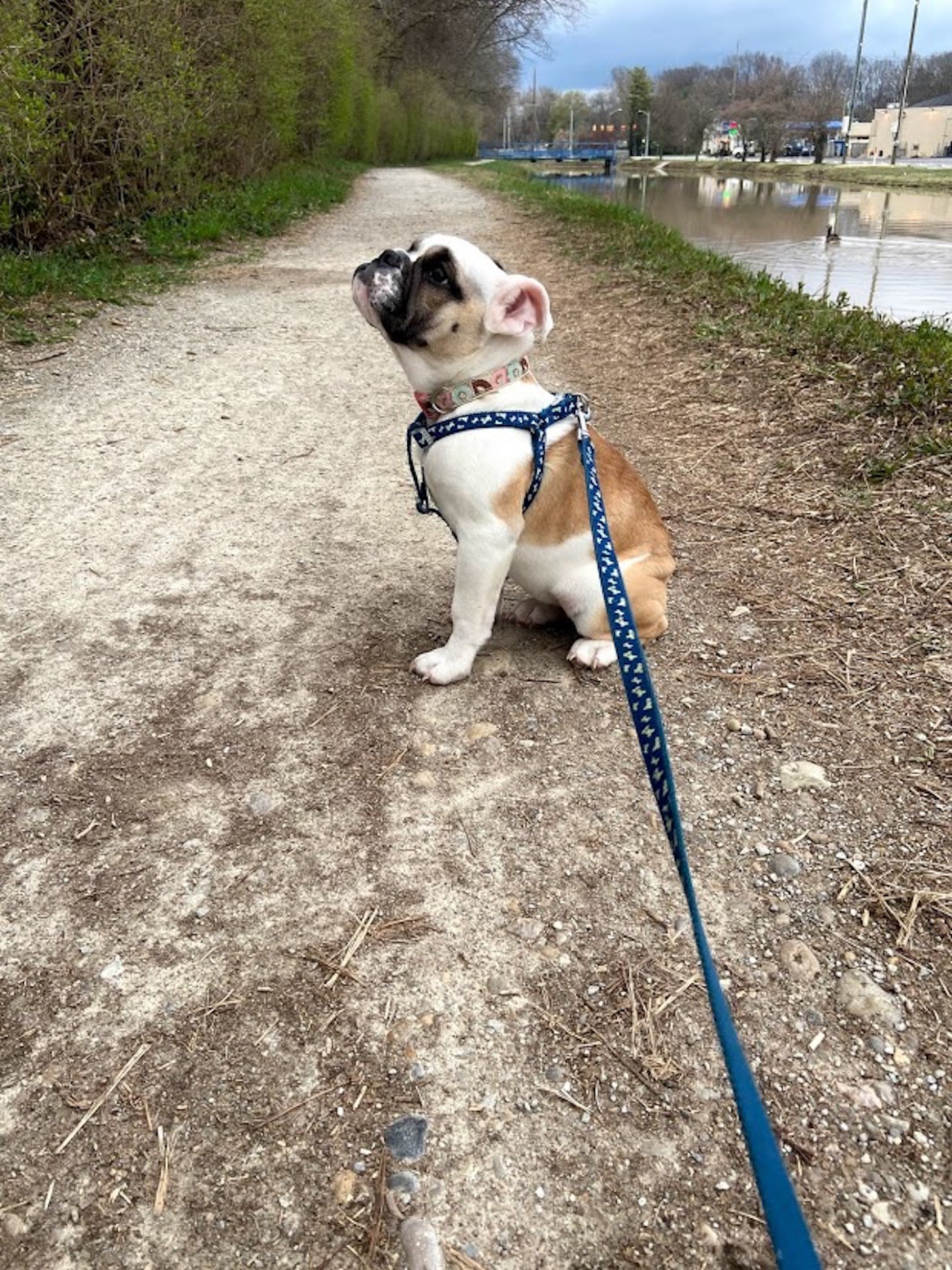 Ruth — named after my favorite Supreme Court judge — became part of our family almost immediately. With white fur, a brown spot around each eye, and a walk that claimed any room she entered, she was easily one of the spunkiest, most mischievous English bulldogs I'd ever met. At 4 months old, she joined our family in late February, but we were never destined to be her forever home.

When March hit and a shelter-in-place order was passed down by our governor, my family hunkered down in our home with our now "quarantine puppy." We laughed at her strange habit of going completely limp when someone picked her up, our daily walks for fresh air after an entire day indoors were infinitely more fun with her around, and her soft snores coming from her squashed nose were the perfect reminders that it was OK to rest and relax — an important lesson during some of the scariest months the world has ever seen. Spending every moment of every day with her only made my attachment to her grow faster than I could imagine, and I know others in my family felt the same. As weeks and months blurred together, it was hard to picture a time when she wasn't in our lives, and she truly made some of the darkest days better.

By the time July came, I was overwhelmed when I realized the puppy I was once able to hold in one arm was now nearing 30 pounds. But Ruth's size wasn't the only thing that was changing. The older she got, the more dominant she became. She started attacking our senior dachshund, Harold, who was too small and too weak to stand his ground. One afternoon while working out of a spare bedroom that had a desk in it, I heard shouting and screaming behind the door and ran out to find my parents pulling Ruth off of our tabby cat. She had him pinned on his back and was going for his neck.

We started watching videos of trainers demonstrating how to show dogs that humans are in charge and looked into hiring a professional to work with her one on one. We tried to keep all the animals in the house separate while we called our vet asking for recommendations on the best way to handle her new behavior. Eventually, he delivered news none of us wanted to hear: this wasn't something we could train out of her or that she would outgrow.

Even with this information, we still tried to find a way where we could keep all of our animals safe and happy. We loved them all, and they were each an important member of our lives. We put Ruth in a crate when we couldn't watch her and our cat in a bedroom when Ruth was around. Instead of his usual doggy door that had given him a free pass to do what he wanted, Harold only got to go outside when Ruth was inside.

Related:
I Took a Chance and Adopted a Dog Who Had a Week to Live, and My Life Changed Forever

While it was natural to try to protect our animals and follow through with the silent promise that our home was their home, we realized trying to keep them all with us put our best interests above theirs. It was unfair to keep a young dog crated when all she wanted was to run around, and we worried about the long-term effects it could have on her development. Our cat spent most of the days hiding even when Ruth wasn't anywhere near him, and Harold had enough medical problems from his old age without worrying about the next time Ruth might pounce.

It was impossible to not blame ourselves for the situation we were in, but there was truly no way to know how Ruth would get along with other animals until she was older. We had to forgive ourselves and move forward. When my family ultimately made the decision to find Ruth a new home, I remember telling my mom how upset it made me. Besides how much she meant to us, we had committed to her. My mom responded, "We committed to giving her a good life, even if it's not with us." This simple sentence helped me understand that when it comes to any relationship in life — whether with friends, family, partners, and especially animals — doing right by others can mean doing hard things ourselves. 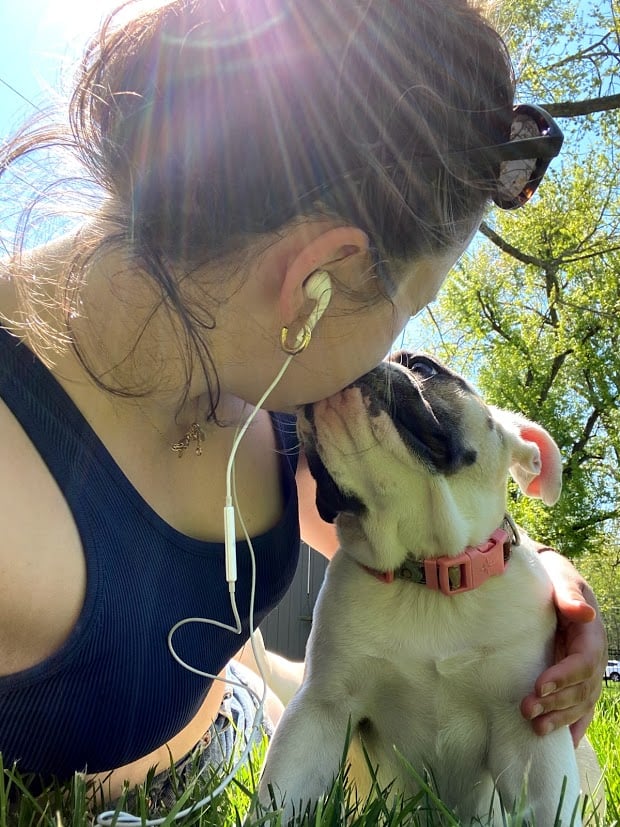 Through a family friend, we found a husband and a wife with two young sons who'd been wanting and looking specifically for an English bulldog for months. When we dropped Ruth off, they repeatedly told us how much of a blessing she was for their family. Now, their two young boys take her on long walks and run around with her in the backyard, and we get photos of her adventures from time to time. She's the only dog in their home, and I'm comforted knowing she gets all the attention she could possibly need. Sometimes it's hard to see the puppy who for so long I considered my dog suddenly appearing in pictures with other people. But I know she's happy, and that's the most important thing to me.