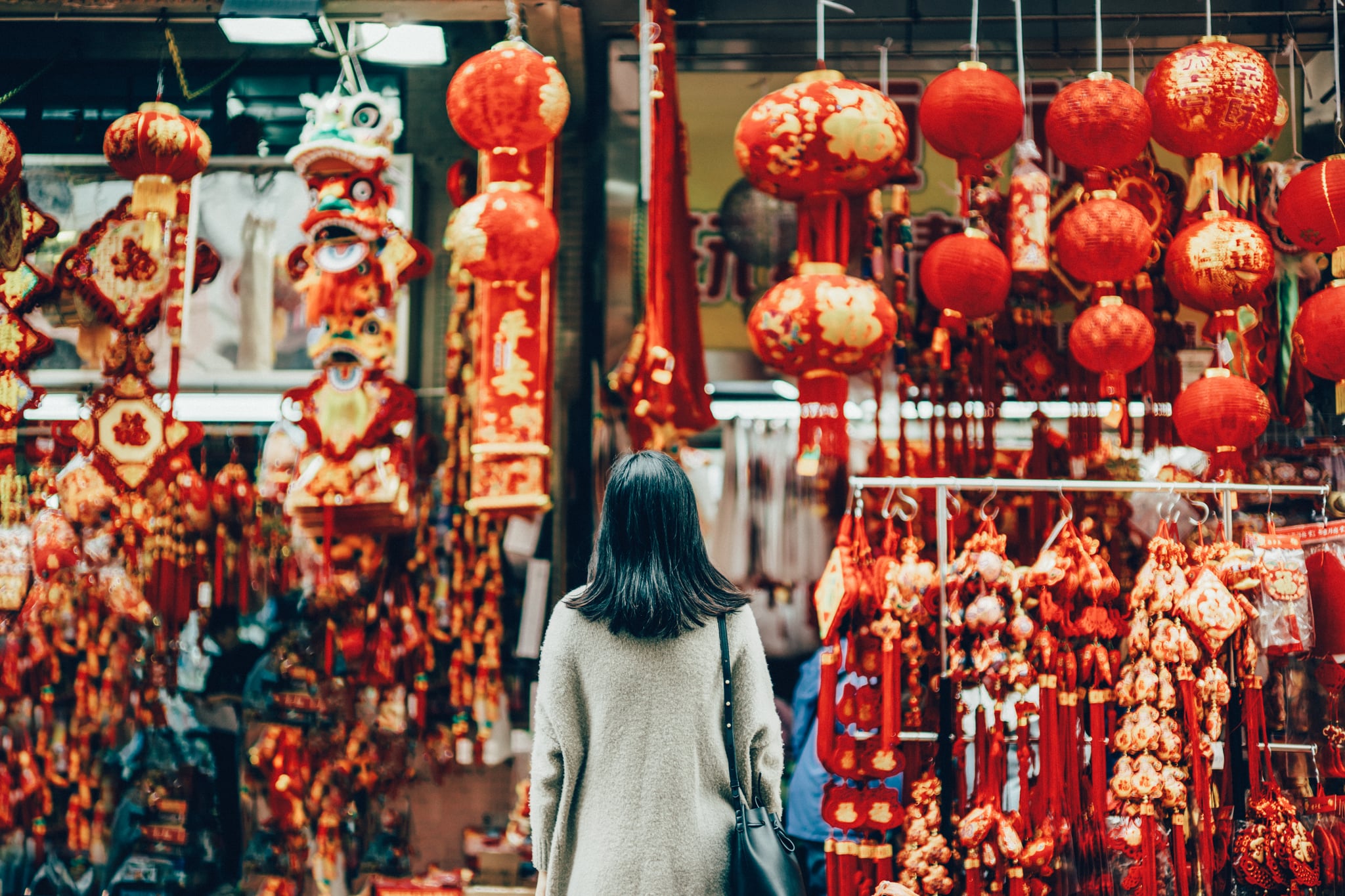 When I showed my mother the film Crazy Rich Asians, her first reaction was to wrinkle her nose and pointedly comment at all the parties with hundreds of people in attendance. While I like the movie and what it represents, I could see her point. We were two slightly curmudgeonly and introverted peas in a pod who didn't necessarily love these grand parties on screen or real life.

Our family gatherings while I was growing up often looked like those in the movie — packed rooms of relatives and explosions of red and gold during major Asian holidays. Our soirées were just a hair less fancy, since we were mostly working-class Vietnamese immigrants, not major real estate developers, like in the movie, and while we didn't have hundreds of people, there were 50 to 75 aunts, uncles, nieces, nephews, and cousins in my grandparents' modest house in south San Jose, CA.

There was a lot of rah-rah, and it was especially palpable on Chinese New Year — or Lunar New Year to be precise and inclusive — when my entire family showed up and showered children with li xi, lucky red envelopes stuffed with crisp bills for at least a handful of boba and coffee runs. Relatives would take pictures in elaborate, figure-hugging áo dài dresses, croon karaoke while fueled on Heineken, and gamble over tea, candied fruits, and seeds. The air always smelled of heavy incense, firecracker smoke, and savory notes of seasoned pork from a rice cake called bánh chung.

The New Year definitely validates and embraces my Asian identity, but I'm still not sure if the annual brouhaha feels like my scene.

The New Year was and is an extravagant time, both within and beyond the purview of my family traditions. Growing up in a predominantly Asian community, I immediately recognized the New Year season had arrive as soon as I stepped outside — and so did my mom. During grocery trips to Asian supermarkets like 99 Ranch, a desperate glint would form in my mother's eyes as she surfed through crowds of people filling carts with lucky orchids, candies, teas, and knick-knacks. It wasn't a nostalgic or excitable glint; it reminded me of Dwight in The Office wishing for a plague to hit Phyllis's wedding. It was dread.

Related:
How I Transitioned From a Brat Who Hated Tradition Into an Adult Who Embraces It

While easily drained by crowds, I'd heartily jump into community celebrations when I was younger, attending local festivals and volunteering at large children's events at the library. Even when I was away at college, I worked at a nonprofit where I helped plan one of the biggest Lunar New Year celebrations in Oakland's Chinatown, designing, stapling, and passing out programs to hundreds, if not thousands, of people. For me, the period between January and February has always been a reminder of an extensive Asian community that's both wondrous and overwhelming.

The New Year definitely validates and embraces my Asian identity, but I'm still not sure if the annual brouhaha feels like my scene. You see, it's like an extra Christmas, exciting and festive, but also radiating with ulcer-inducing holiday stress, especially if you're an introvert like me.

What my parents and I have learned over time is that we're not necessarily cut out for The Great Gatsby levels of planning and partying during the season. In our heart of hearts, we enjoy shying away from most festivities throughout the year.

Since we've moved from San Jose to the Central Valley, we're trying to redefine tradition this year, trading clamor for intimacy. My immediate family — just me, my parents, and baby brother — will be planning a low-key gathering this New Year. We've come to realize that not all of our traditions need to be crazy or rich or even very Asian. While a part of me will miss the extravagance that I've grown accustomed to, I'm looking forward to a smaller event with just a few lucky red envelopes, some bánh chung, and maybe a Paul Feig comedy quietly playing in the background.