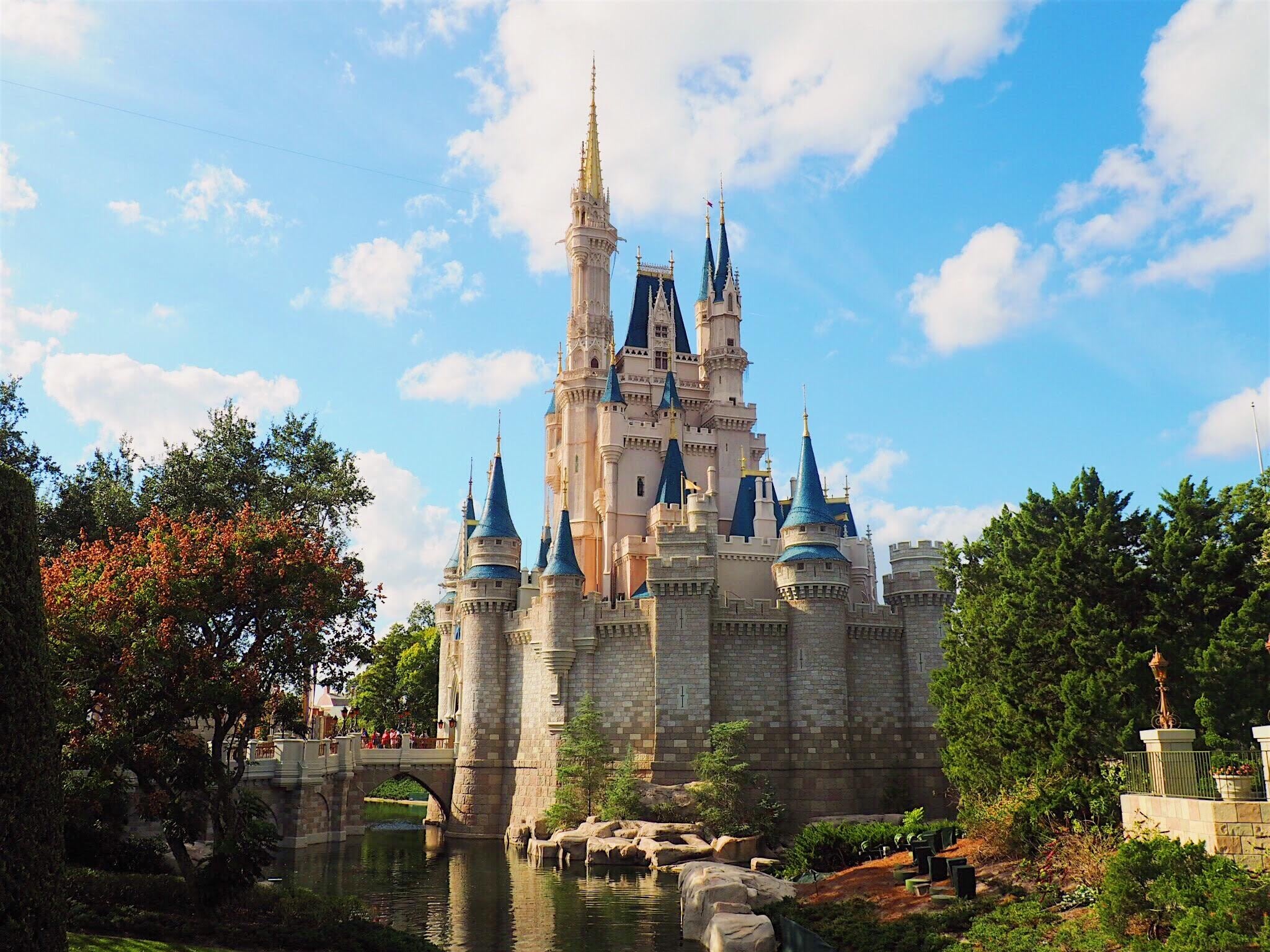 When you think of Walt Disney World, the first thing that probably pops into your head is the iconic Cinderella's castle. The enchanting landmark, which pays homage to Disney's 12th animated film, was built in 1971 for the opening of Walt Disney World and sits at the end of Main Street, U.S.A., in the Magic Kingdom. While it's a hugely popular photo spot, what else is there to know about it? Turns out, plenty. From an exclusive suite inside to the castle's status as a coveted yet costly wedding location, here are 15 fascinating facts about the castle that towers above the most magical place on Earth.