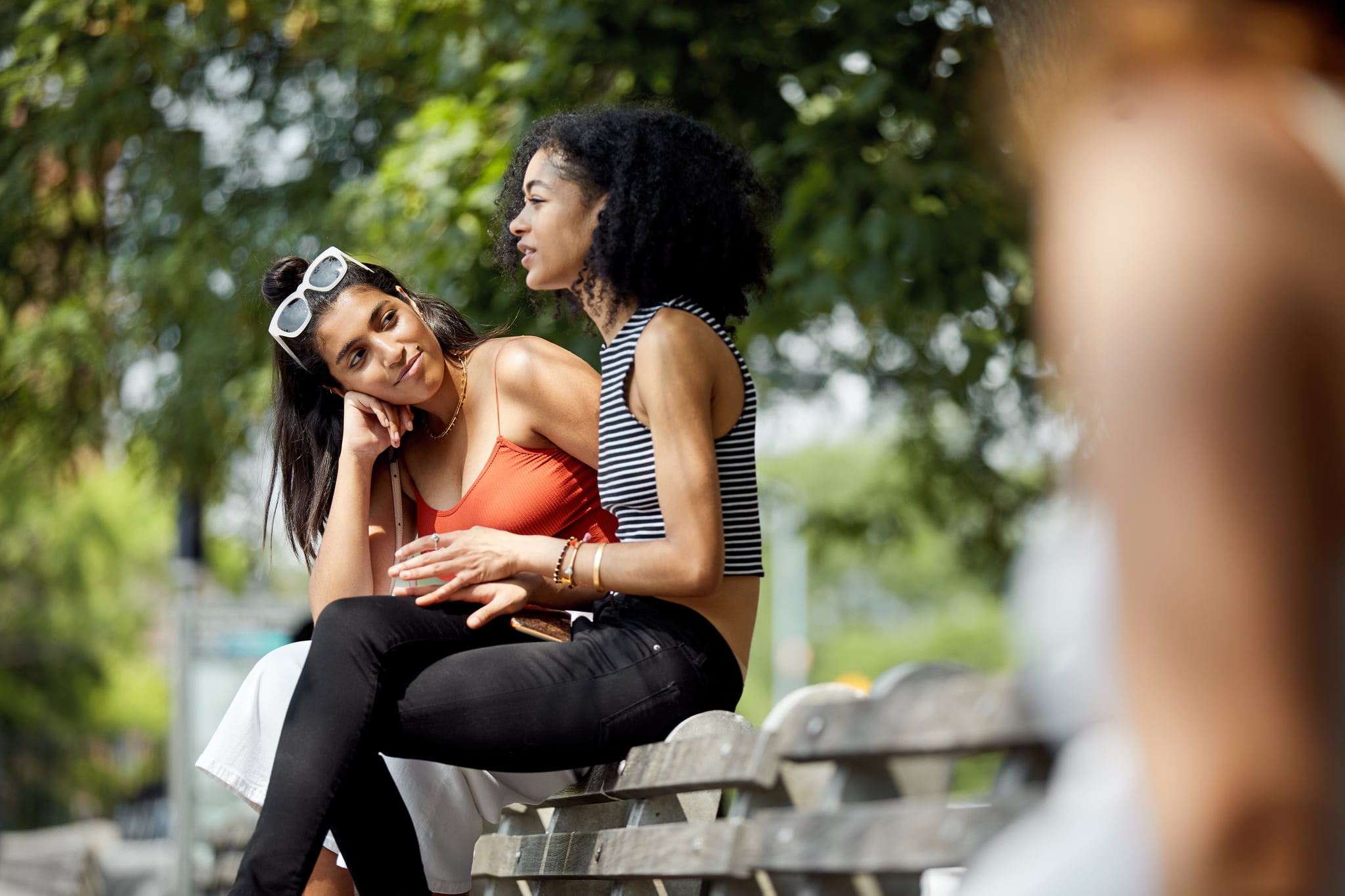 For me, meeting new people as a multiracial person always starts with small talk and ends up with the same question: "What are you?" Even though this is such an open-ended question that can be answered in many ways — like informing the asker that I am a cat-lover or a huge fan of '90s music — I know exactly what they mean and in what context. I know if they're just curious about why I look racially ambiguous or if there are racist undertones. It's easy to answer either way, and I will tell them my ethnic origins or list a bunch of places I have lived to annoy them, like "I'm from Chicago," or my favorite, "Oh, you want to know where my family is from? Okay, they are from Mississippi." This is routine for people I've just met, but it can be trickier when explaining to friends who genuinely want to understand my experience as a mixed race person.

My first encounter of dealing with race made me realized that people often see each other in color, and it took me aback. I was only 9 years old.

My mom is Filipino-Chinese and my dad is Irish-Native American. I do not look "exotic" but "mercurial." My skin is light but has pink and olive undertones, my hair and eyes are dark, and my features don't point to any specific ethnicity, but I don't look Caucasian. Perceptions about my race are subjective, and this has been a positive and negative experience for me. Most of my friends growing up have not been multiracial, and I've found that the best way for me to explain to them where I come from and my experiences with race is by sharing personal stories.

I've had friends tell me that I'm lucky to not experience racism as I'm not racially identifiable. White privilege is something I have because of the color of my skin and my name. I do still experience racism, though, but it's often through microaggressions. My first encounter of dealing with race made me realized that people often see each other in color, and it took me aback. I was only 9 years old.

I went to a private Lutheran school in Southern California and was one of four kids that were not white in a school of over 1,000 students. I was in third grade and super excited to have my first sleepover, which is basically a rite of passage at that age. I invited everybody, even if it meant our tiny one-bedroom apartment would be filled to the brim with giggling school girls, which was sure to annoy our fussy neighbor who lived above. The day after my invites went out, one girl told me that she couldn't go, and I asked her why. "I can't go because my dad saw your grandma when she picked you up the other day, and he said she's too brown." I was super confused at first, but instinctively, I knew that what she said was "bad" and that I was different. This experience, though small, changed my perspective forever and made me realize I don't fit into any category.

My Filipino grandmother raised me, and I grew up speaking Tagalog as my first language and eating pancit. I identified with this culture as it was what I was brought up in and I knew nothing else. Other Filipinos would always mention skin color and my grandmother especially made it a point of importance. One Christmas, she gave me some skin lightening soap as a gift to "preserve my whiteness." Filipinos treated me like I was a white outsider, at least the ones in my social and family circle.

Out in the world, I've had experiences where Filipinos would make racist remarks, not knowing that I was one of them. One experience was during my first day at a Starbucks job with an older Filipina. She was super nice and even reminded me of my grandmother. She had no idea I spoke Tagalog and ended up commenting to a customer she was familiar with that she was training "some Mexican girl that doesn't know how to make coffee." I apologized to her for being so inexperienced in Tagalog. The horror on her face needed no translation. She then proceeded to get angry at me for not informing her that I was Filipino, gaslighting to further use microaggressions against me.

Friends don't always understand the subtle struggles of being multiracial, but have empathized the more I share personal experiences. There are some positives, too, like identifying with different cultures and having a point of view that understands the difficulties of being a person of color. I'm not just an ally — I am a POC and proud of it. It's hard to not feel like I am wholly a part of any cultural group, but my friends who understand my experience just a little make the biggest difference.