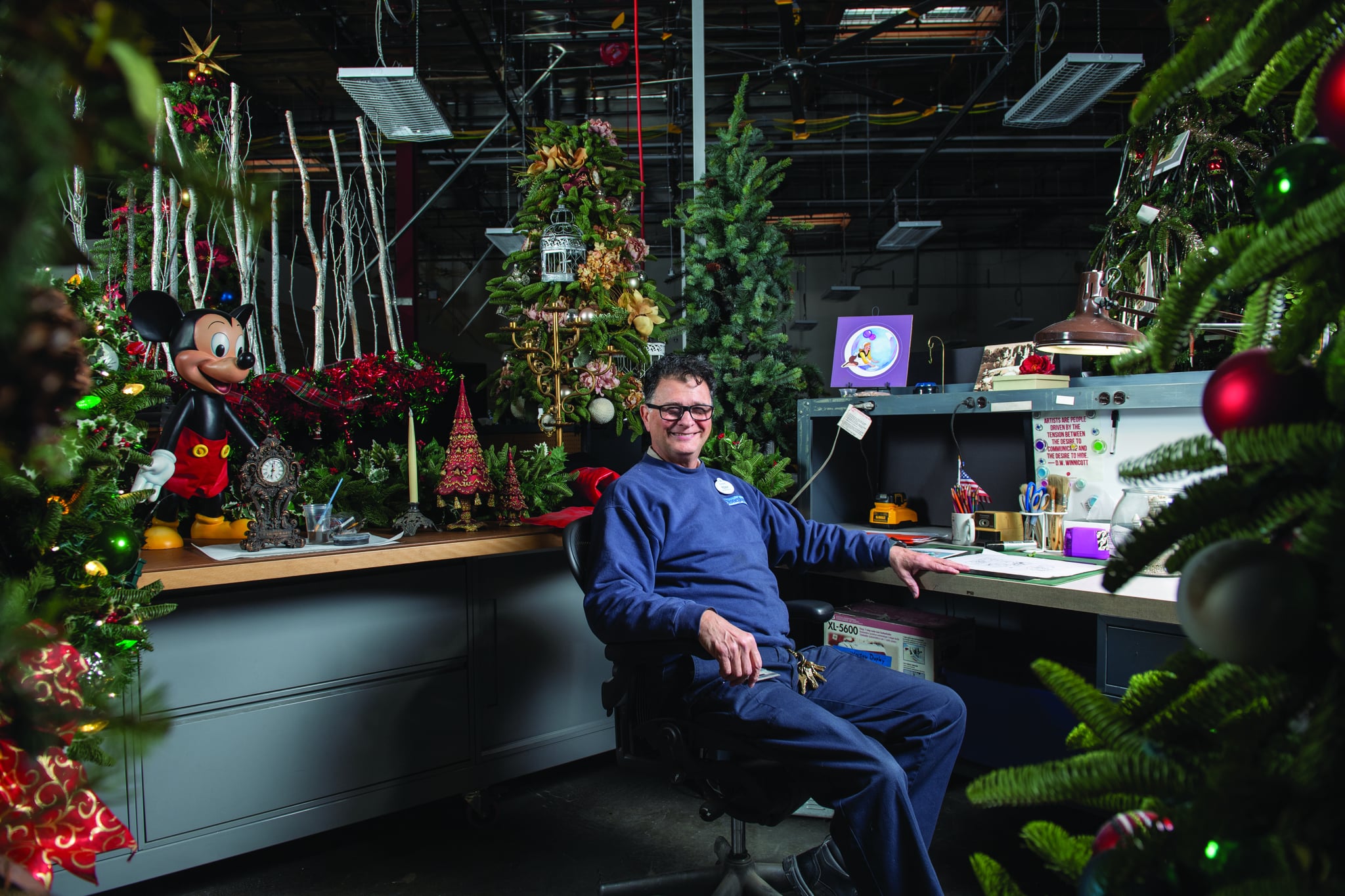 A career at Disney is a highly coveted thing, but it takes more than just magic to crack the code and discover what it's really like to have your dream job working for the mouse house. In order to dig deep into what goes on behind the scenes at the happiest place on Earth, POPSUGAR spoke with four of Disney's talented cast members, all of whom are featured in Disney's new book and Disney+ series, One Day at Disney. They open up about everything from how they got their Disney gigs to tips for other hopefuls wanting to call Disney their "office."

It's All About Making People Happy

Thom Self, an underwater attraction machinist at Disneyland, has been with the company for 19 years. "Making people happy is a great way to make a living," he told POPSUGAR. Each of the cast members we spoke with had similar feelings, and that positive attitude may just be what landed them at Disney in the first place. "Disney is such a beautiful place to work. I love knowing that my work brings joy to the guests," Lupe De Santiago, an audio-animatronics costumer and 30-year veteran of Disney, told POPSUGAR. "The guests only see the magic, but really it's the effort of all the cast members involved. I like knowing that people appreciate my work, even if I never get to meet them."

You Won't Even Know They're There

Like most cast members, the majority of what Thom, Lupe, and the others we spoke with do happens behind the scenes. Take Tony Salvaggio, a park decorator on the window display team, for example. Tony has been with Disney for nearly 48 years and, in his current role, his time in the park happens in the early morning hours before guests ever step through the gates. His day typically starts at 4 a.m when, after receiving the day's notes from his team leader, he heads into the parks to clean, repair, and install any window installations that need attention. "Of course, maintenance takes part when the parks are closed," Tony said, and the rest of his day is spent in the warehouse further working on repairs or designing new window installations.

Days Are Far From Boring

While this may be representative of a "normal" day, we all know that Disney is far from typical. Tony may have to pull a graveyard shift to quickly switch out an entire display, Thom has found lost Jungle Cruise statues stuck under the boats during his underwater inspections, Lupe has had the honor of dressing a lifelike animatronic of President Abraham Lincoln, and Mark Gonzales, an engineer on the Disneyland Railroad, has helped to hook up all four of Disneyland's steam engines for a commemorative 50th anniversary photo.

An extension of their shared passion for Disney is their ability to find the magic in not just the once-in-a-lifetime experiences that sometimes happen on the job, but also in the day-to-day. Mark still recalls an evening during his second year with Disney when he was engineering a train down the Rivers of America at night. "The Mark Twain Steamboat was passing by lit up like a wedding cake, reflecting on the river," Mark said. "Seeing the boat and the big plumes of steam coming out of the locomotive immediately transported me to a bygone era. It was an out-of-body experience. I often reflect on that moment to remind myself how lucky I am to work for such a magical place and it will live with me for the rest of my career."

The Perks Are Adorable

Thom even experienced a brush with fame while helping to build Finding Nemo's Submarine Voyage. "Another diver and I had to go into the parks during the day in our wetsuits," Thom told POPSUGAR. "As we crossed Tomorrowland, we were approached by a little boy who wanted to see the 'diver men.' We signed his autograph book — my first autograph — and even took pictures with him and his family. He then told his mom he wanted to be a 'diver man' when he grew up." Thom realized in that moment just how much what he does in the middle of the night makes magic for guests all day.

If you, too, dream of making magic with the Walt Disney Company, Tony's best advice is just to go for it, but "don't be too particular as to where you start out with the company. You never know who you will meet or what opportunities will pop up along the way." In fact, most of the cast members we spoke with started out in very different roles than they hold now. Tony's first job was as a parade performer in 1971 and Thom, who has since traded in his apron for an oxygen tank, started out cooking meals and bussing tables at Disneyland's Plaza Inn.

Turns out, you don't need pixie dust to live out your dream of working for Disney. All it really takes is hard work, determination, and a willingness to adapt to any situation. As is demonstrated by the cast members we spoke with, finding joy in making magical moments for others will, in turn, create magical memories for you.