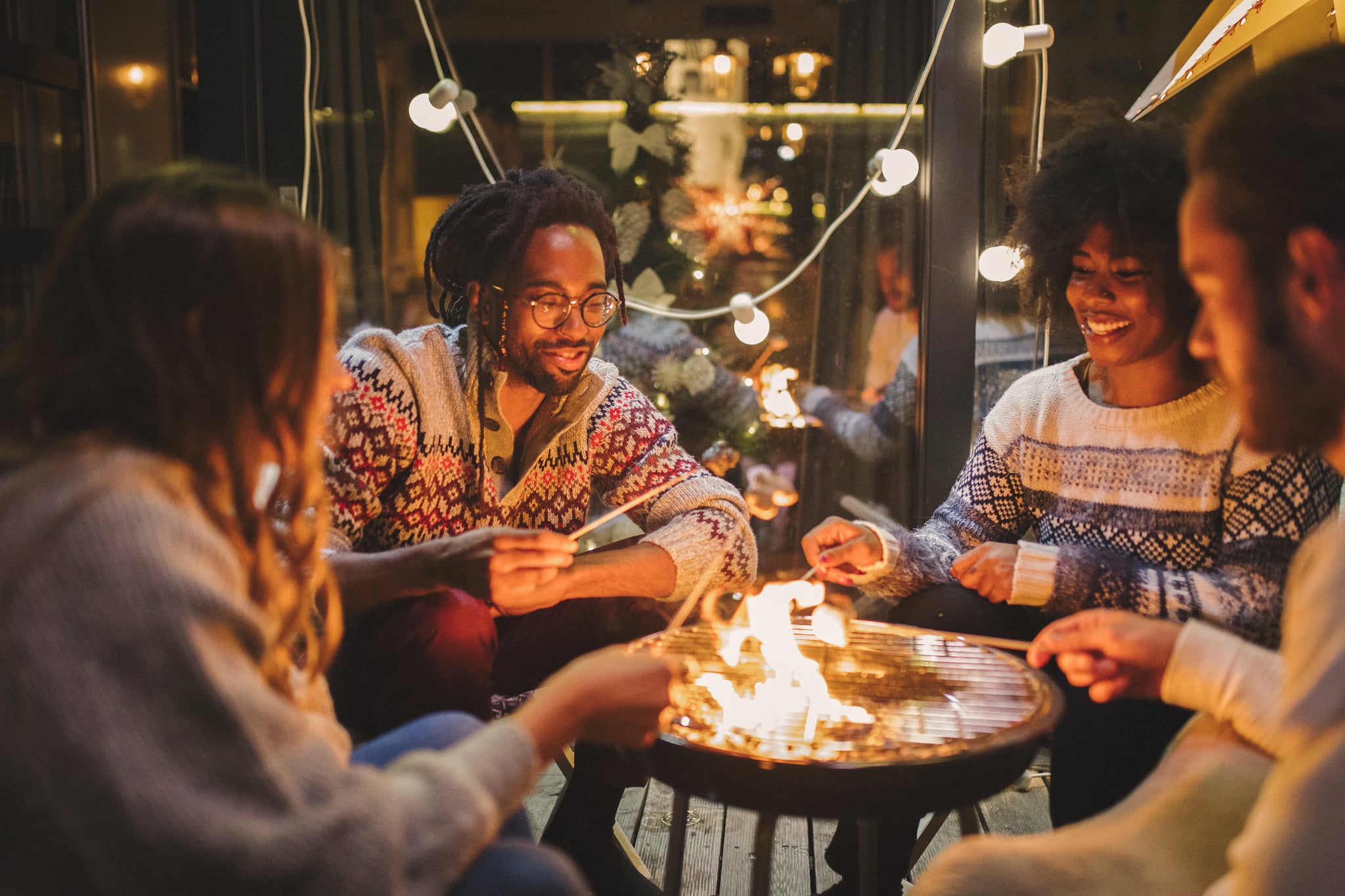 Winter solstice holds a very special place in my heart. It's a time when I gather with friends, some of whom I haven't seen since the previous year's festivities, to celebrate the past 365 days and prepare for the next. It's our tradition born not only out of wanting to spend the last season of the year together, but also to reflect on all that has past.

Winter solstice marks the beginning of the Winter season. It also represents the longest hours of darkness (aka the shortest day of the year) and a rebirth of the sun as it slowly ascends back toward the longer days of Summer. In turn, the day symbolizes regeneration, renewal, and self-reflection. But to me and my friends, it's so much more than that.

Related:
My Family Celebrates Hanukkah in a Nontraditional Way, and I Wouldn't Change a Thing

We pass out pieces of paper and each one of us writes down things that we want to let go in the new year, then fold it up and throw it into the fire.

Our Winter solstice celebration usually starts with sunset yoga. It's a great way for all of us to turn inwards and think about what the day means to us as individuals. In the past, we've gone to community events at parks or even to the beach (we're on the West Coast), but we've found that a yoga session in one of our backyards as the sun gently sets in the background is just as fulfilling. It's a very grounding activity, but also enjoyable for all of us who are avid yogis.

Next, it's on to dinner. It's usually potluck style so the menu changes yearly, although we always eat by candle light. For me, candles represent that there is always light even in the darkest of times (Albus Dumbledore taught me that), and honestly, it's just beautiful to see your friends lit up by the glowing light. If we're lucky, our friend Gina will bring one of her homemade Yule Log cakes — a chocolate sponge rolled with a rich cream filling and a chocolate ganaché frosting. It's an important element of the day since "yule" signifies old Winter solstice festivals in Scandinavia.

Related:
I Have an Open Door Policy on Christmas, Because Nobody Should Be Alone

After dessert, we sit around the fireplace — either inside or around a fire pit in the backyard. We pass out pieces of paper and each one of us writes down things that we want to let go in the new year, then fold it up and throw it into the fire. There's something about this that just makes everyone feel a little lighter. And what more could you ask for before starting a new year?

I never thought I would have a Winter solstice gathering every year. In fact, I didn't know what it was until a few years ago, but now I can't imagine the year without it. I can't imagine spending the shortest day of the year any other way.