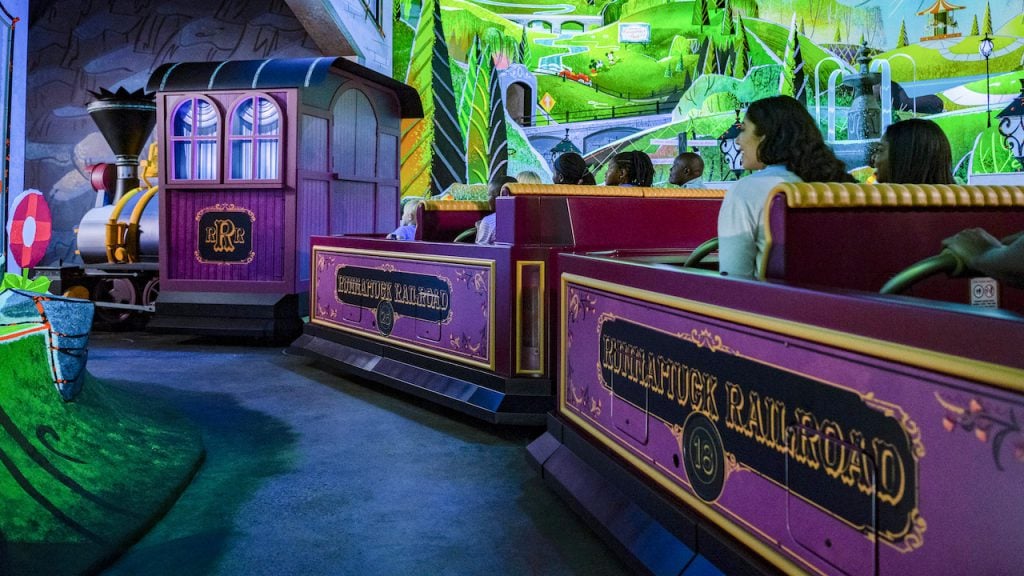 Mickey and Minnie are officially accepting passengers! After inviting visitors to the Star Wars: Galaxy's Edge land last year, Hollywood Studios at Walt Disney World has now opened Mickey & Minnie's Runaway Railway, the first ride themed around the classic characters. The ride-through attraction is located where The Great Movie Ride sat for nearly three decades until Disney dimmed the lights on it in 2017.

Here's the basic concept: riders board a train before being invited to watch a cartoon short, Perfect Picnic. The cartoon and reality then merge when riders enter the movie screen and embark on an adventure alongside Mickey, Minnie, Goofy, Donald Duck, and more. The ride uses technology to mess with scale and perception, but without the use of 3D glasses. Riders will want to keep their eyes peeled, too: Mickey & Minnie's Runaway Railway features more hidden Mickeys than any other ride.

The ride is suitable for all ages and does not feature a height requirement. Though Mickey & Minnie's Runaway Railway is currently only open in Walt Disney World, there are plans to bring it to Disneyland in 2022. In the meantime, see photos of the cute and quirky ride ahead.