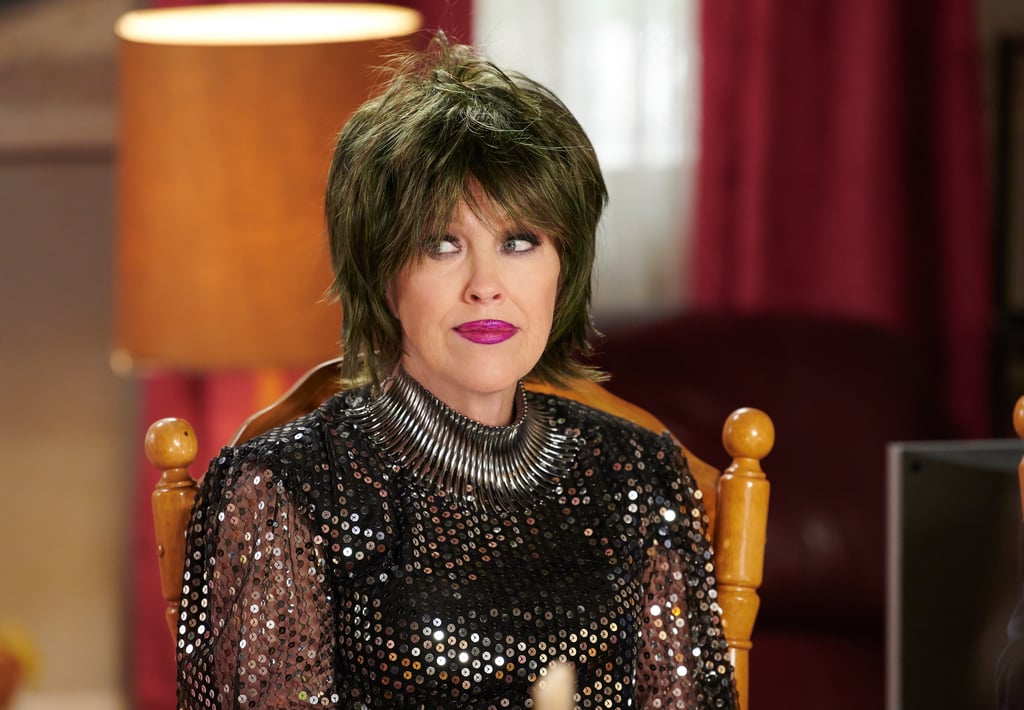 At this point, the list of reasons to love Catherine O'Hara could rival the length of a CVS receipt — and she just made said list grow yet again. During a recent SiriusXM interview alongside Dan and Eugene Levy, the actress and living legend casually revealed that she named Moira Rose's various wigs on Schitt's Creek after her real-life friends and siblings. I love that journey for her!

"They were my bébés, my friends, my girlfriends."

"I think [Dan] had written names in the [first] episode, but I changed the names to friends of mine," she said with a laugh during the video interview. "They were my bébés, my friends, my girlfriends." O'Hara is referencing the series premiere scene when Moira, moments after learning that her family has been stripped of their riches, instructs the maid packing up her wig collection to not put Krista and Robin in the same suitcase because "they don't like each other." Krista is "a very good friend" in real life, and she selected Robin as a nod to actress Robin Duke, who plays the role of Blouse Barn owner Wendy Kurtz on Schitt's Creek. Meanwhile, Maureen, the choppy gray bob wig with blunt bangs that Moira sports to the season one luau is named after one of O'Hara's sisters.

Ahead, watch a clip from O'Hara's interview to hear her discuss Moira's aptly named wigs, and then keep reading to look back on the Rose family matriarch's best hairpieces through the seasons. God, she's just simply the best . . . better than all the rest.

Related:
I'm Obsessed With This Lipstick From Schitt's Creek, and You Need to Be Too
Previous Next Start Slideshow
Schitt's CreekCelebrity HairCatherine O'HaraTVWigs