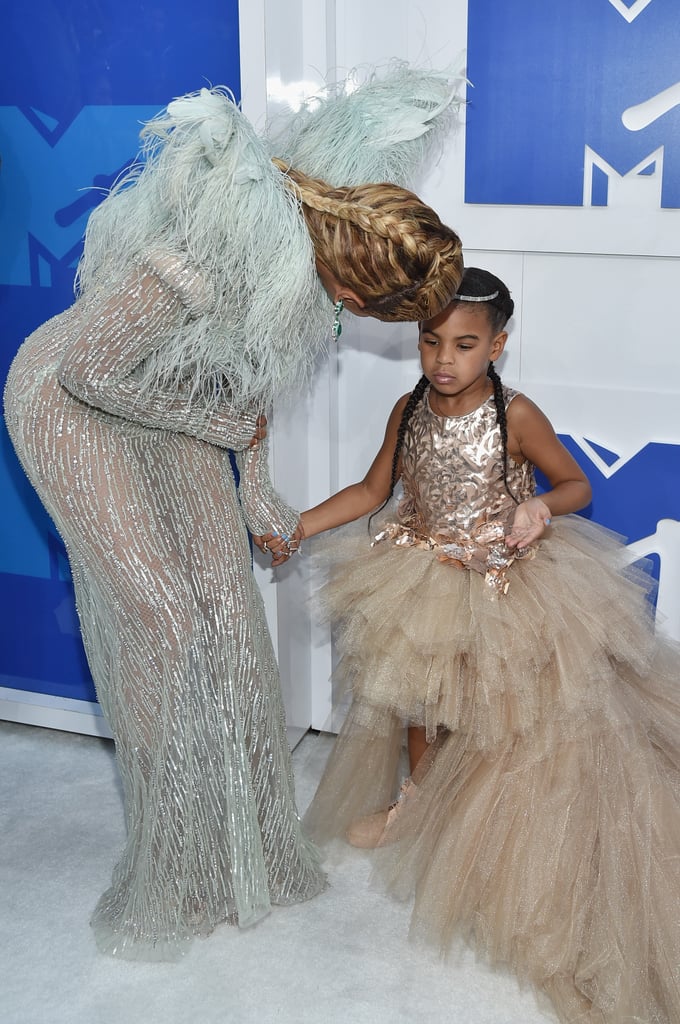 Blue Ivy Wanted Absolutely Nothing to Do With the VMAs, and the Internet Was Here For It

Blue Ivy graciously decided to give the peasants of the world a glimpse at her cuteness when she attended the MTV Video Music Awards in NYC on Sunday night, strutting down the event's white carpet hand in hand with her date, Beyoncé. Blue is known for having quite the personality, so while everyone in the crowd couldn't get enough of her, the 4-year-old future superstar looked beyond over it. When you're used to hanging out in Paris and chilling on yachts all day, the VMAs just don't cut it, you know? The internet had a field day with Blue's hilariously unimpressed expression, giving the reactions to Prince George's expressions a run for their money.