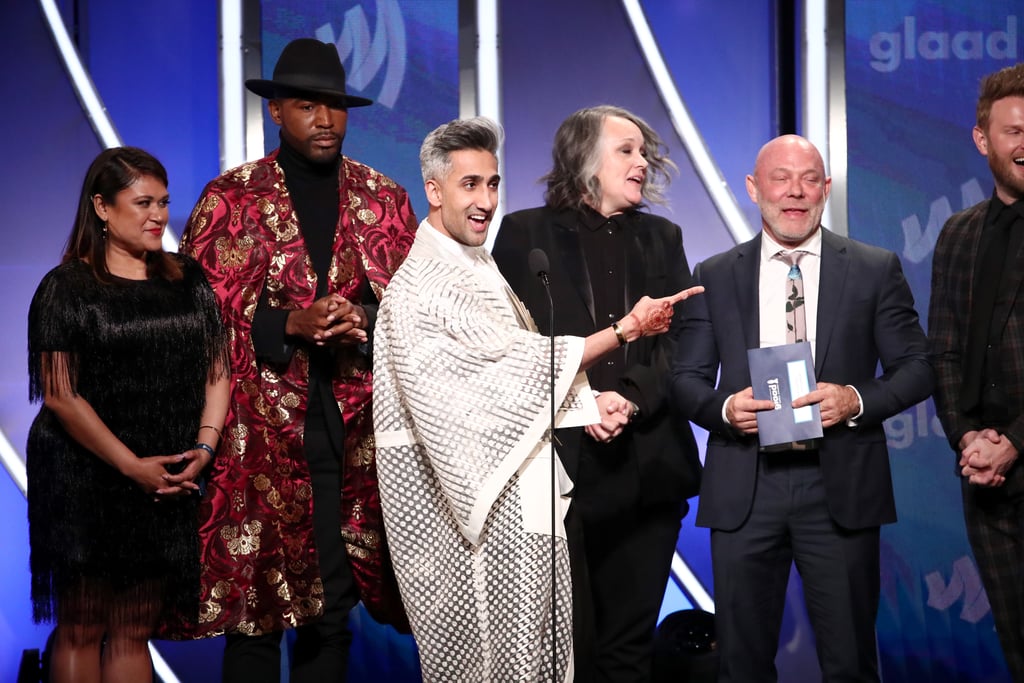 The stars of Queer Eye — Tan France, Karamo Brown, Jonathan Van Ness, Bobby Berk, and Antoni Porowski — were fierce and fabulous at the GLAAD Media Awards on Thursday night. The quintet attended the event, serving looks and good laughs as they honored media efforts to support the LGBTQ+ community. They posed alongside each other on the red carpet and even shared a few snapshots with other celebrities such as Jameela Jamil, Olivia Munn, and Meghan Trainor. Tan, Karamo, Jonathan, Bobby, and Antoni also took the stage to accept the award for outstanding reality program — a title they've earned since the show first turned viewers into puddles of tears when it dropped on Netflix in 2018.

Queer Eye's third season premiered in March, and it's just as emotional as the first two. Fans were introduced to some of the most incredible people with touching stories and inspirational transformations. The new season also brought us a newfound love for barbecue sauce and sparked a squirrel debate. So we'd say it's an outstanding reality program, indeed!