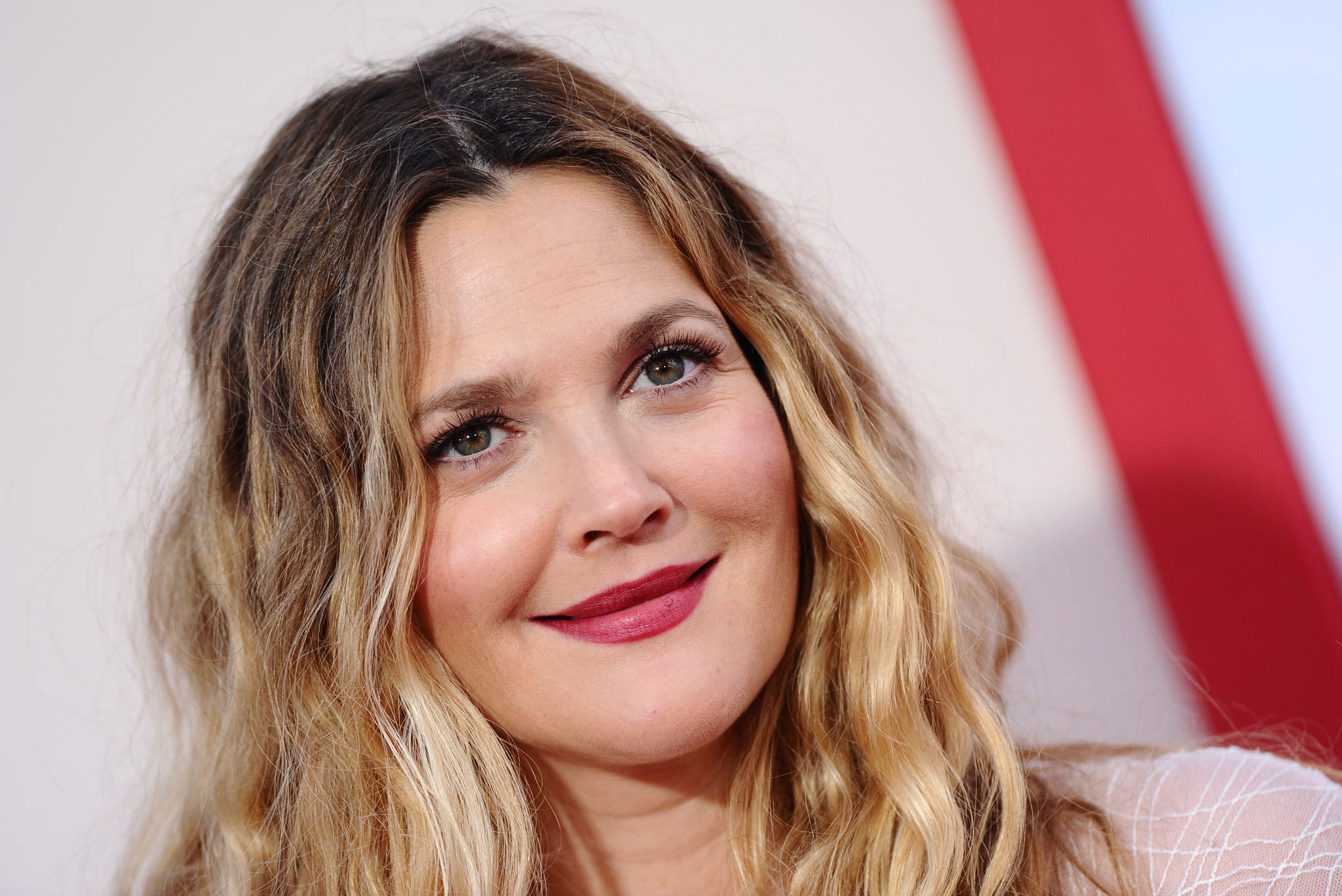 Drew Barrymore is currently riding high on the success of her campy, gory new sitcom, Santa Clarita Diet, but the blood that's frequently spilled on screen wasn't all fake. Drew plays a zombie (well, sorta) in the Netflix hit, which required her character to do a number of stunts throughout shooting (jumping onto people, gnawing on their jugulars . . . you get the picture). Drew recently sat down to chat with a group of journalists, along with costar Timothy Olyphant and show creator Victor Fresco, about her experience on the show and revealed why her initial choice to do her own stunts almost ended in disaster. "I jumped on a guy's back in rehearsal, and I fell six feet onto concrete on my head," she said. "I was on top of him, and I fell backwards."

"She jumped on like a piggyback," Victor added. "I don't know if you have kids, but if they jump on your back and let go, and if you don't let go of their legs, they go back. [Instinctively] you hold on, so the actor held on. He was wide so [Drew] couldn't quite get her hands around, so she started to fall back, and we're all watching like in slow motion." Although onscreen husband Timothy "moved like a cheetah" to get to her in time, she unfortunately ended up in the hospital.

"It was definitely the scariest thing that's happened to me in many years," Drew said. "I went off in the ambulance and was in the hospital for two days, and from then on I requested someone else do my stunts. But then towards the end of the show, I was so vibrant and strong from all the diet and exercise that I kept wanting to get in the game. They were like 'Get out! Stop!' And I was like 'But I'm pumped! I'm alive again!' I'm too old, and I don't ever want to end up in a hospital for two days again . . . so, no, I won't be doing my own stunts anymore. In Charlie's Angels we did all our stuff. It was amazing. It was so empowering." Fortunately for Drew's skull, she also noted that "that chapter has ended." Hopefully she'll take it easy in season two!

Netflix
After That Major Plot Twist, Pretty Smart Has to Be Getting a Season 2 — Right?
by Madison Tyler 3 days ago