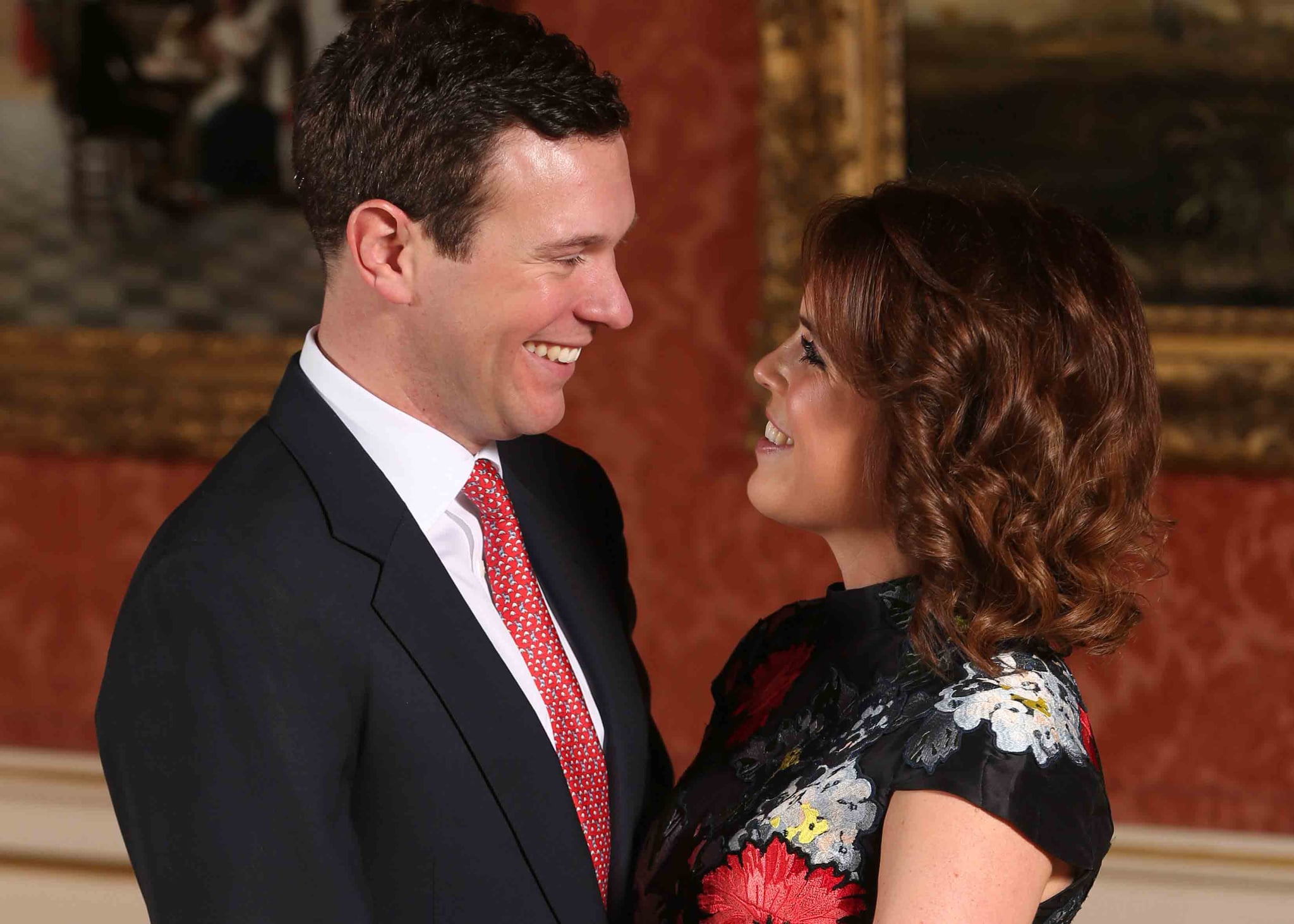 Princess Eugenie and Jack Brooksbank are getting ready to tie the knot on Oct. 12, but their love story began almost eight years ago. The royal first met the wine merchant during a ski trip in Verbier, Switzerland — where her family has taken annual trips to since she was a kid — and the chemistry between them was almost instantaneous. "[It] was love at first sight," Jack said during their first interview as an engaged couple in January. "We met when I was 20, he was 24," Eugenie added. "[We] fell in love. We have the same passions and drive for life."

It wasn't long after their first meeting that they made their public debut as a couple. In June 2011, the pair attended the Royal Ascot together, followed by a number of sweet date nights around London. Now 28 and 32, respectively, Eugenie and Jack are getting ready to embark on the next chapter of their lives as a married couple, and the palace recently released a new clip of the couple describing their first meeting ahead of their wedding.

"We were skiing at a friend's place in Switzerland and I saw you first," Jack told Eugenie. "And we just stared at each other." "And I thought, what a silly hat," Eugenie added. "I remember being like, 'I really, really like this guy and I really want him to like me too.' And then you gave me this huge windscreen-wiper wave and I was like, 'Right he likes me.'" Aw!

Related:
Princess Eugenie Began Dating Jack Brooksbank Nearly a Decade Ago — How Old Is She Now?

Lily Collins
Lily Collins Has a Famous Dad, but Says She Doesn't Use His Name as a "Free Pass"
by Njera Perkins 7 hours ago