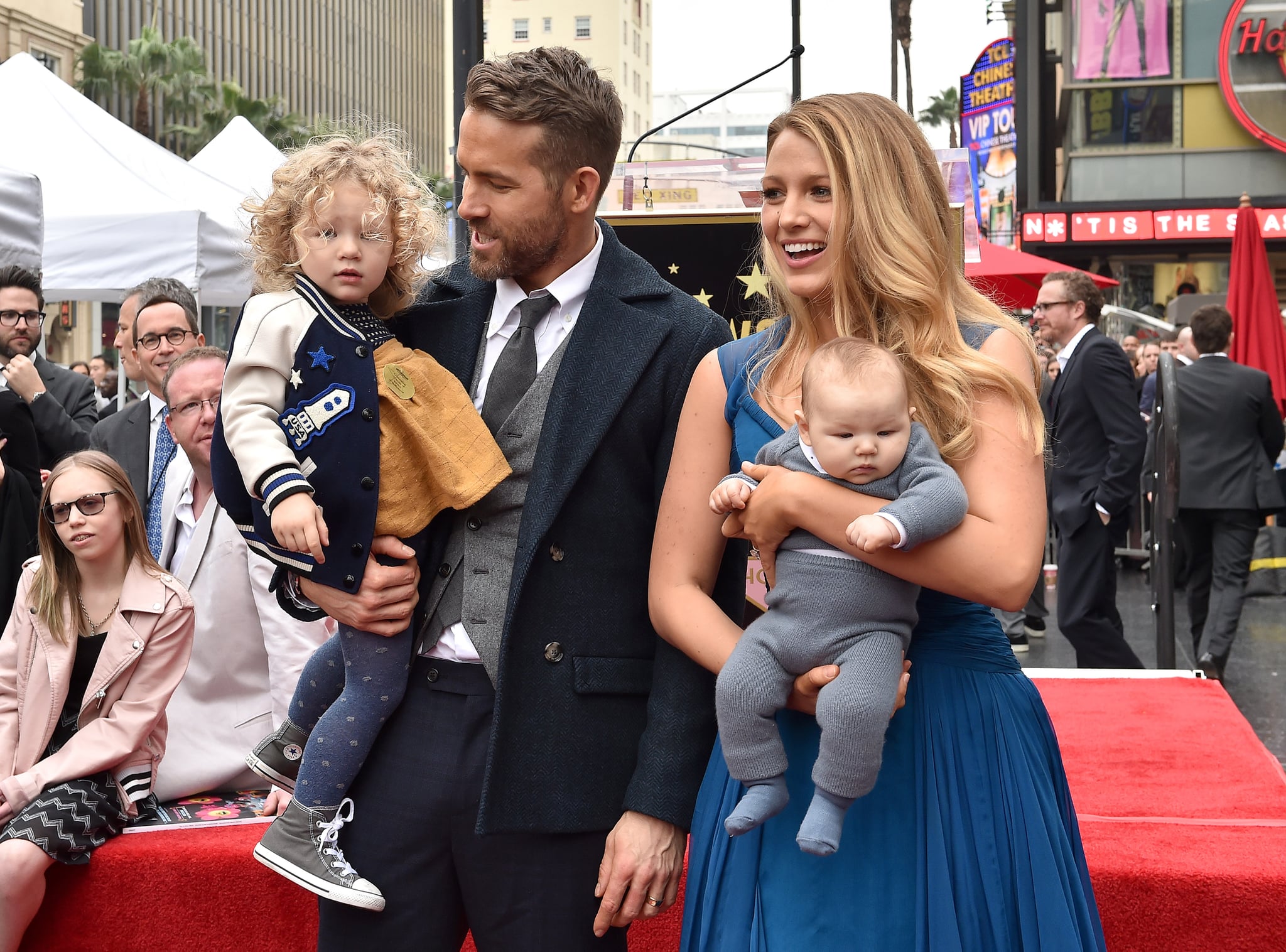 Blake Lively and Ryan Reynolds are expecting baby number four! While the couple are a pretty private celebrity family, we have gotten a glimpse of their gorgeous girls, James, Inez, and Betty Reynolds; and every so often, Lively or Ryan will speak about their parenting experiences.

While attending the People's Choice Awards in December 2022, Ryan joked that if Lively gave birth to their fourth child while he was away at the event, he'd be sleeping on the couch. "Blake and my three daughters, it's gonna be a fourth child very soon. If it happens tonight while I'm here, I will be looking for a couch to sleep on for a while," he said. "I'd venture a guess that Shania Twain has an amazing couch, just saying," he continued, looking at the singer in the audience.

Back in December 2019, Ryan told the "Today" show that leaving the house is a lot more difficult now. "It gets a lot harder when they ask, 'Where are you going? When are you coming home? Why are you leaving me?'" The following year, Lively spoke about their kids on "The Tonight Show Starring Jimmy Fallon," saying their oldest daughter is "very maternal." "I said to her, 'You're going to teach her everything she knows. You get to teach her about cities and the sky and flowers and Santa Claus. Anything you want.' And she goes, 'Oh, I didn't love you, but now I do.'"

Here's what we know about Lively and Ryan's kids.

Ryan and Lively married in 2012 and welcomed their first daughter, James, on Dec. 16, 2014. The little one made her public debut alongside her parents at Ryan's Hollywood Walk of Fame Star ceremony right before her second birthday, and she obviously stole the show in the cutest outfit. In September 2018, we got a look into James's humor when Blake shared what the toddler thought her parents' anniversary meant.

Related:
Ryan Reynolds Talks About How Fatherhood Changed Him: "I Sort of Miss Being Horrible"

Ryan and Lively's second daughter, Inez, was born on Sept. 30, 2016 — less than two months before she also made her public debut at her dad's Star ceremony. Inez earned her big sister badge right around the time she turned 3, but other than that, we admittedly don't know much about her. We do know, however, that Ryan plans on following her and her sister to college one day, so, godspeed, Inez!

Although Lively and Ryan hadn't released their baby's name at the time, Ryan hinted that they had welcomed another baby girl via Twitter on Oct. 16, 2019. "I love B.C. I want my daughters to experience the same natural playground I grew up in," he wrote, along with a sweet photo of himself, Blake, and the new baby.

Then, on July 24, 2020, fans speculated that Taylor Swift had revealed the little one's name in a song on her surprise eighth album, "Folklore." In a song titled "Betty," the singer uses both Inez and James's names. Because Betty is the only other name in the song, fans theorized that Betty is the name of the couple's third daughter, and later that day, it was confirmed by a source close to the situation that the rumors were true! As the whole family are fans of Swift and James's little voice appears in Swift's song "Gorgeous" on the album "Reputation," it isn't all that surprising that Lively and Ryan would let Swift break the secrecy on Betty's name.

In a November 2020 interview, Ryan sort of admitted that Betty is his favorite kid, at least at that time. "I have a new baby," he said of his youngest. "She's a little over a year now, so I really like hanging out with her, cause it's fun watching her grow up." This was all said, however, before Betty developed a "Baby Shark" obsession in April 2021. Jury's out on whether or not she's still his favorite!