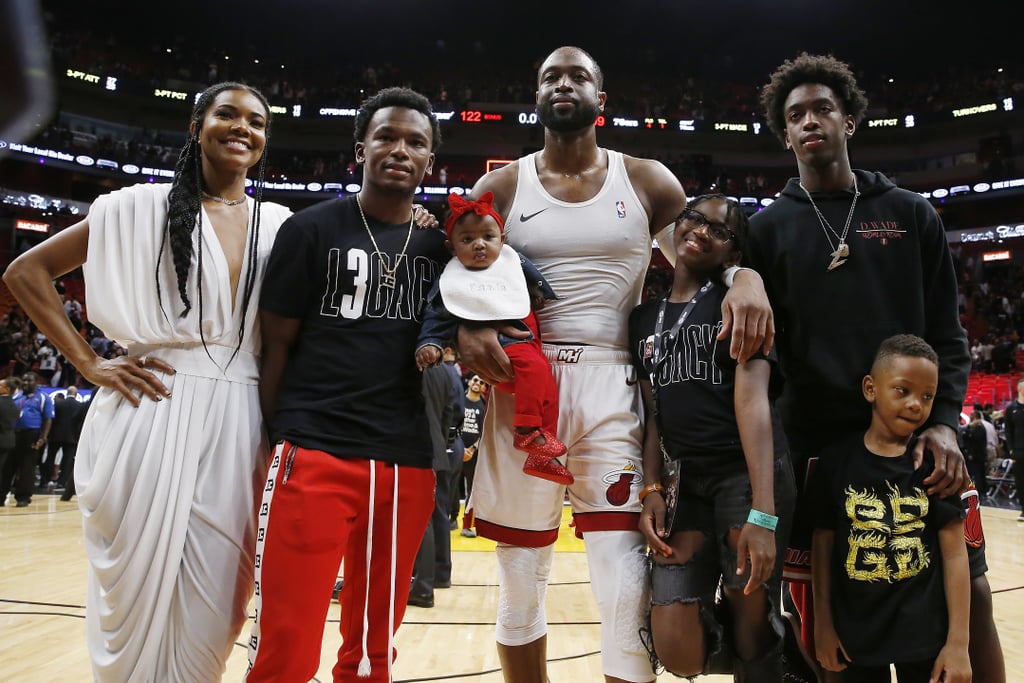 Although sports fans may know now-retired NBA point guard Dwyane Wade for his ability to sink shot after shot on the basketball court, they might not be aware of the fact that he is also a proud dad to five kids. Wade's little crew includes a son he shares with his former partner Aja Metoyer, another son and daughter with his ex-wife Siohvaughn Funches, his adopted nephew, and a young daughter with his wife Gabrielle Union.

Wade and Union are obviously no strangers to a mixed family, with Union becoming a stepmom to all of Wade's children, but the pair wanted a baby of their own after tying the knot. After Wade's marriage to the "Cheaper by the Dozen" star in 2014, the couple was incredibly open and candid about their fertility struggles due to Union's adenomyosis diagnosis. After experiencing a heartbreaking "eight or nine" painful pregnancy losses, Union and Wade opted to go the surrogacy route. And in 2018, they welcomed a beautiful daughter, Kaavia James Union Wade, into their family and have been sharing their little one, and their entire family, with the world ever since. Read ahead to meet every member of Wade and Union's blended brood!