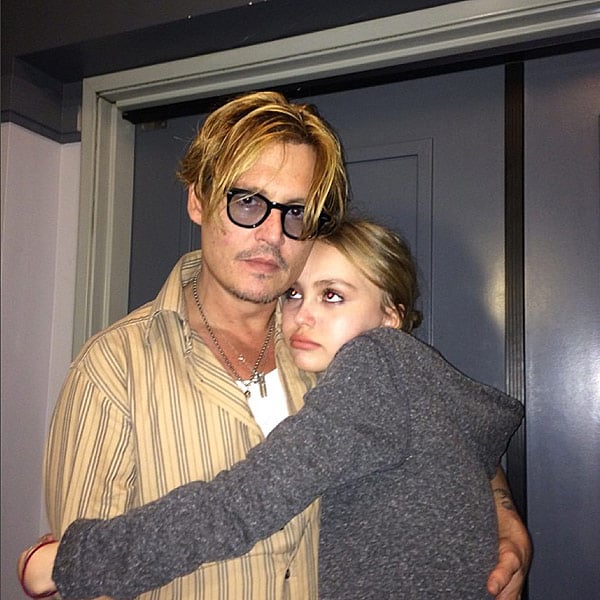 Johnny Depp gave an in-depth interview to the Daily Mail this week and gushed about the "super-tight" relationship he has with his 16-year-old daughter, Lily-Rose. Back in August, the model and aspiring actress revealed that she identifies as sexually fluid when she was featured in a photo for the Self Evident Project, an organization that celebrates and supports people who fall "anywhere on the LGBTQI spectrum." About Lily-Rose's brave step, Johnny said, "She's got thousands of followers on social media, and they were all taken completely by surprise," adding, "But not me. I already knew because she tells me everything — she's not afraid to say anything to me. We're super-tight and I'm very proud of our relationship."

Johnny also opened up about Lily's burgeoning modeling career — she recently became a Chanel ambassador and starred in the brand's Haute Couture runway show — and revealed that she was actually working in Paris during the tragic terrorist attacks last week. The teenager was at a house party in the French capital but had left just a few minutes before the attacks began. She reportedly got back to her apartment safely and received "frantic texts" from friends shortly after, then contacted her dad to let him know that she was safe. Keep reading for more of the sweet, eye-opening comments that Johnny made about his beloved daughter.

Baby Names
Gigi Hadid Just Subtly Revealed Her Baby Girl's Name, and It's So Beautiful
by Yerin Kim 19 hours ago