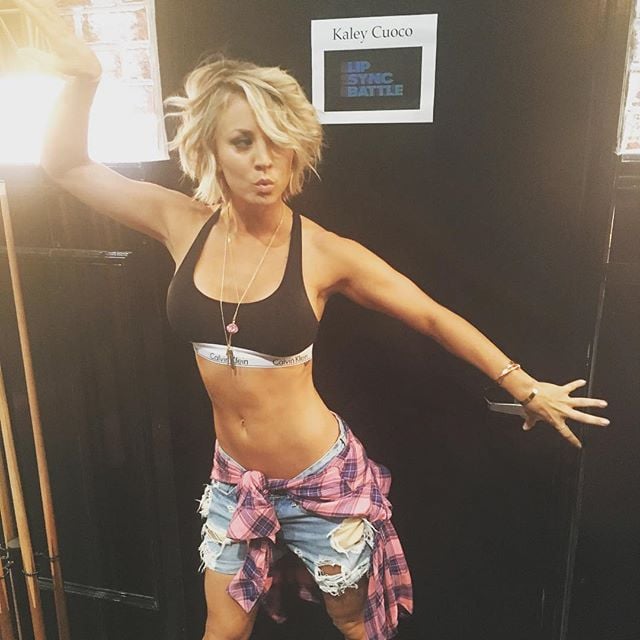 Kaley Cuoco is gearing up for her appearance on season two of Lip Sync Battle, and on Tuesday, she gave us a glimpse of her hard work on Instagram. The Big Bang Theory star, who recently split from her husband, Ryan Sweeting, showed off her killer abs while wearing cutoff denim shorts and a black sports bra, and proudly captioned her snap, "That's right....its coming....January 7th @spikelsb @llcoolj get ready..."

Just last month, Kaley grabbed headlines after she covered up her wedding tattoo and referred to it as "an under-30 mistake." Shortly after, Kaley and her friends gave the phrase "party animals" a whole new meaning after she rang in her 30th birthday at the Black Jaguar White Tiger wildlife sanctuary in Mexico. See Kaley's sexy photo above, and then watch a promo for the upcoming season of Lip Sync Battle.

Jonah Hill
Jonah Hill Talks About Being Overweight and Having a Sense of Style: "Be Yourself . . . Lean Into It"
by Sarah Wasilak 20 hours ago