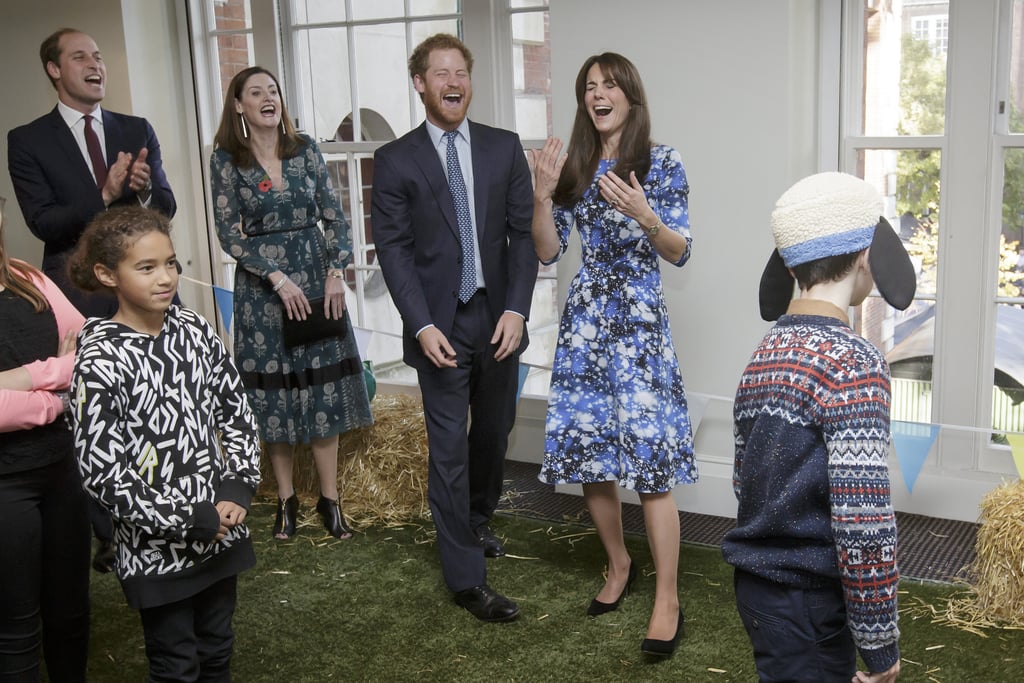 Kate Middleton was joined by her husband, Prince William, and his brother, Prince Harry, for an appearance at the British Academy of Film and Television Arts' London headquarters on Monday. She wore a space-print dress by designer Tabitha Webb>/a>. The trio was on hand to cohost the premiere of the children's animated special Shaun the Sheep: The Farmer's Llamas; they introduced the special to an audience of kids and spent sweet quality time with them, playing a "Welly Wanging" toss game and doing cute crafts.

We've seen quite a lot of Kate, William, and Harry these past couple months. Most recently, Kate and Will had an adorable outing in Scotland, and Harry showed off his sexy facial scruff at an Armed Forces ceremony at St Paul's Cathedral in London. Keep reading to see photos from the latest royal appearance, and then find out 30 fascinating facts about Kate Middleton.