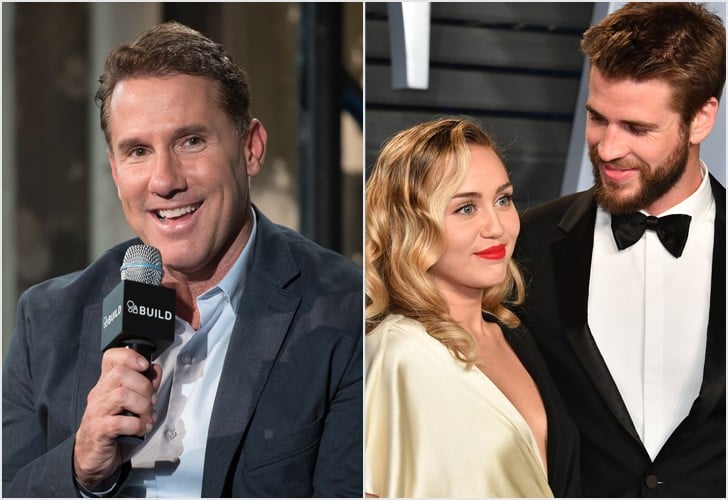 It finally happened. Nearly 10 years after Miley Cyrus and Liam Hemsworth first met, the two made their love official and exchanged "I dos" on Dec. 23. As if their marriage alone wasn't enough to make fans lose their cool, Nicholas Sparks added fuel to the fire by weighing in on the longtime couple's milestone. The author — who wrote the screenplay for The Last Song (aka the film that first brought Miley and Liam together back in 2009) — sent his well wishes to the lovebirds on social media shortly after the news broke on Wednesday.

"This makes me so happy. Congratulations @MileyCyrus and @LiamHemsworth. #TheLastSong," Nicholas wrote on both Instagram and Twitter while reposting a photo of the newlyweds embracing.

In the film adaptation, Miley and Liam play the roles of Veronica "Ronnie" Miller and Will Blakelee, who fall in love in a Southern beach town one Summer. Once the film premiered, the two actors were involved in an on-again, off-again relationship, breaking up and rekindling various times from 2010 to 2013 until they ultimately reconciled in 2016.

Needless to say, the fact that Nicholas congratulated them on their real-life nuptials had fans in a tizzy, as evidenced by the emotional reactions below. Congrats to the happy couple!

Wedding
This Couple Had to Cut Their 200-Person Wedding Down to 18 People, but They Did It With a Smile
by Haley Lyndes 5 days ago

Nostalgia
Miley Cyrus and Lil Nas X Re-Created a Hannah Montana Scene, and Their Acting Is on Point
by Yerin Kim 5 days ago