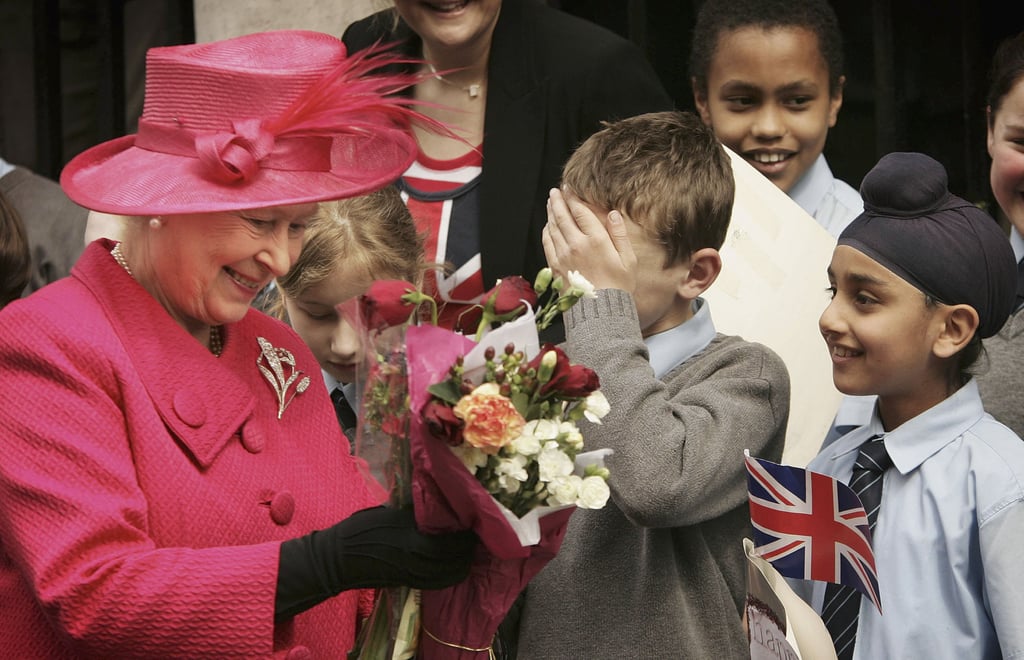 When This Little Boy Couldn't Handle Being in Her Presence

Queen Elizabeth II is typically pretty serious during royal engagements. While she may flash a smile here and there, for the most part, the 92-year-old British monarch keeps to herself and is strict about following royal protocol. However, there is one exception: whenever the Queen is around kids, she immediately lights up and protocol seems to go out the door. Given that she is a grandmother to eight grandchildren and a great-grandmother to seven great-grandchildren (with another one on the way!), it makes sense that the Queen has a soft spot for kids. Where do you think Prince William and Prince Harry's love of children comes from? Check out some of the Queen's cutest moments with kids ahead!