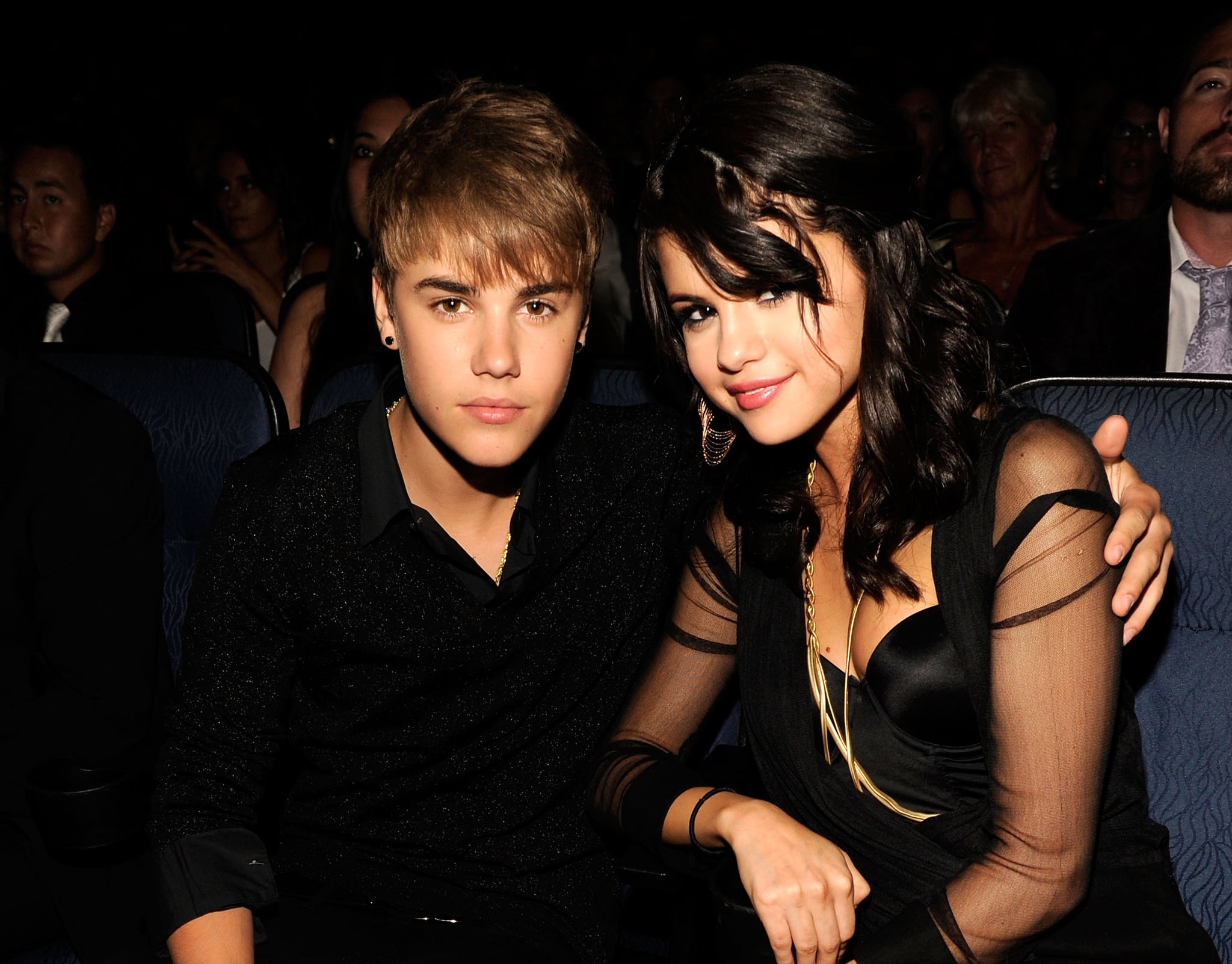 Selena Gomez and Justin Bieber have a complicated past, but it seems like they might be giving their relationship another shot. After reuniting following Selena's kidney transplant over the Summer, the exes have become much more friendly in recent months. Aside from having a one-on-one breakfast date and attending church together, eyebrows were certainly raised when news broke that the "Fetish" singer and her boyfriend of nearly a year, The Weeknd, had broken up.

Justin and Selena have yet to confirm or deny reconciliation rumors, but a source recently confirmed that they are definitely back together, which in turn, prompted a fan-frenzy. While some people were excited about the revival of "Jelena," some joked that Selena didn't follow singer Dua Lipa's "New Rules." See how the internet is reacting to the on and off again couple's reignited romance.

Related:
Who Has Selena Gomez Dated? These Are the Lucky Guys She's Been Romantically Linked To

when Justin Bieber dropped "Friends" for no reason, w/ no video, I knew Selena Gomez and The Weeknd were a wrap

First Miley and Liam. Now Justin Bieber and Selena Gomez are back together. WHATS MEANT TO BE WILL BE PPL!!!

If Justin Bieber and Selena Gomez can go back to being on good terms, so can my grades and I

So he calls me up and he's like, "Justin Bieber and Selena Gomez are back together," and I'm like... "I just... I mean this is exhausting."

*Me, after seeing Justin Bieber and Selena Gomez hanging out*: maybe I should just see how my ex is doing...

Selena Gomez and Justin Bieber are rumored to be back together. I guess with all those new tats she thinks she can read him like a book...

Ciara
Who Knew Russell Wilson Was Such a Poet? Read His Heartfelt Birthday Tribute For Ciara
by Victoria Messina 12 hours ago

Jay Ellis
If You're in Need of a Laugh (or Many), Do Yourself a Favor and Follow Jay Ellis on TikTok
by Monica Sisavat 14 hours ago

Celebrity Instagrams
James Michael Tyler Dies at 59: Friends "Would Not Have Been the Same" Without Him
by Maggie Ryan 14 hours ago