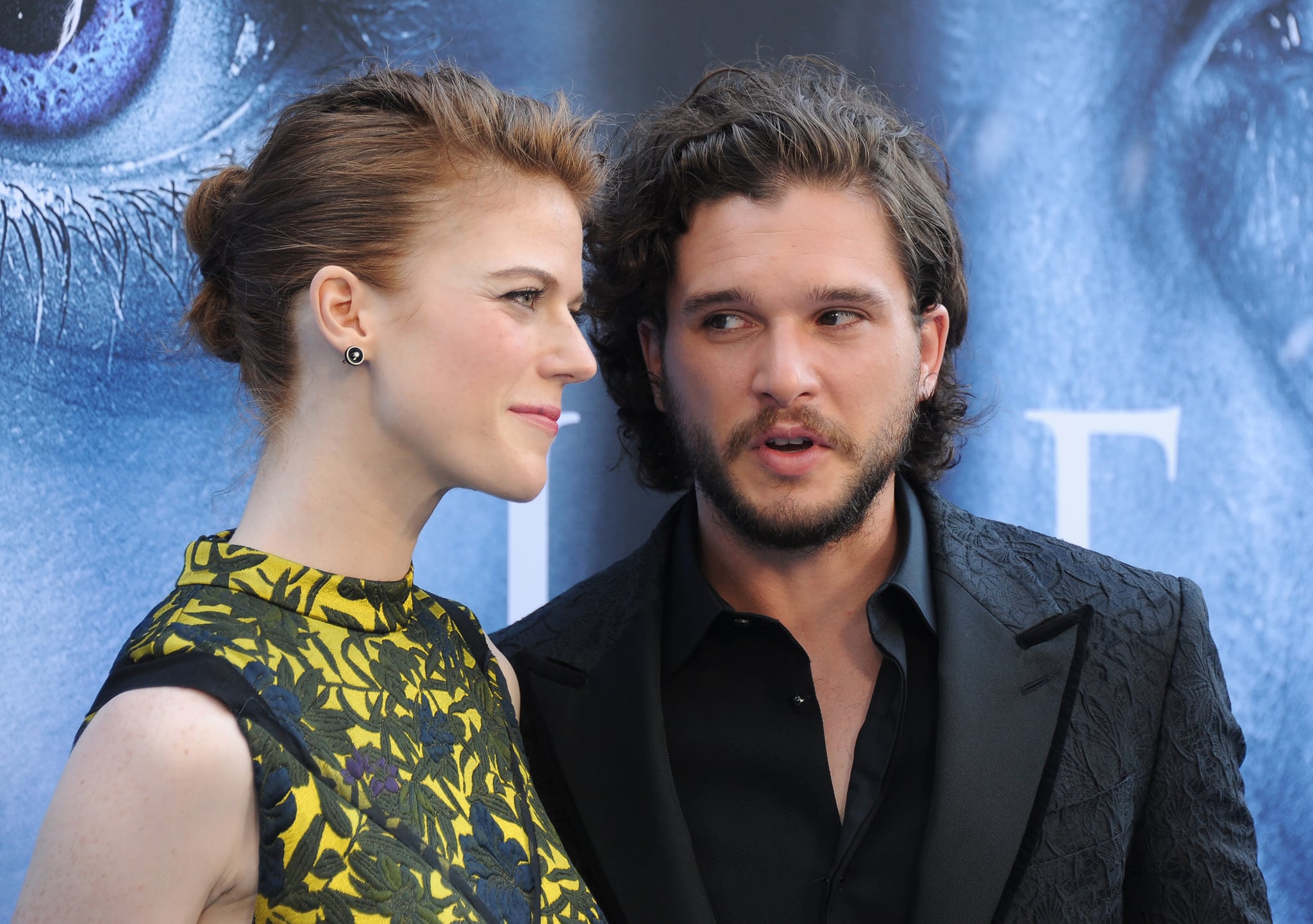 Kit Harington and Rose Leslie, once pretty quiet about their relationship, have become one of our favorite celebrity couples with each and every new story we hear about them. As if it wasn't bad (or great?) enough that Kit once left a Game of Thrones prop of his severed head in the refrigerator to scare his fiancée on April Fools' Day, it turns out that Rose is just as savage as him.

Kit recently revealed to Heat magazine that when they were once getting ready for a costume party, Rose had the perfect dress-up idea for Kit: Jon Snow. Should be easy, right? He has all the necessary accoutrements? Well, no. Rose made her man wear a plastic-bagged, knockoff "You know nothing" costume from the store for the "bad taste"-themed party.

"She pulled out a Jon Snow costume, and Rose just whispered in my ear, 'I won't love you if you don't wear it . . . You should do it,'" Kit recalled.

Rose was not messing around, because Kit did it and hilariously said his ensemble at the costume party "was really embarrassing." He added, "The people bringing around canapés were looking at me, thinking, 'You're sad, man! You've come to a party dressed as your character.'"

Here's to hoping Rose wants to embarrass her man a little more and show us those photos, but in the meantime, we'll have to use our imagination with these sexy Kit Harington GIFs and this Game of Thrones Jon Snow Halloween costume. Payback is a bastard, Kit!