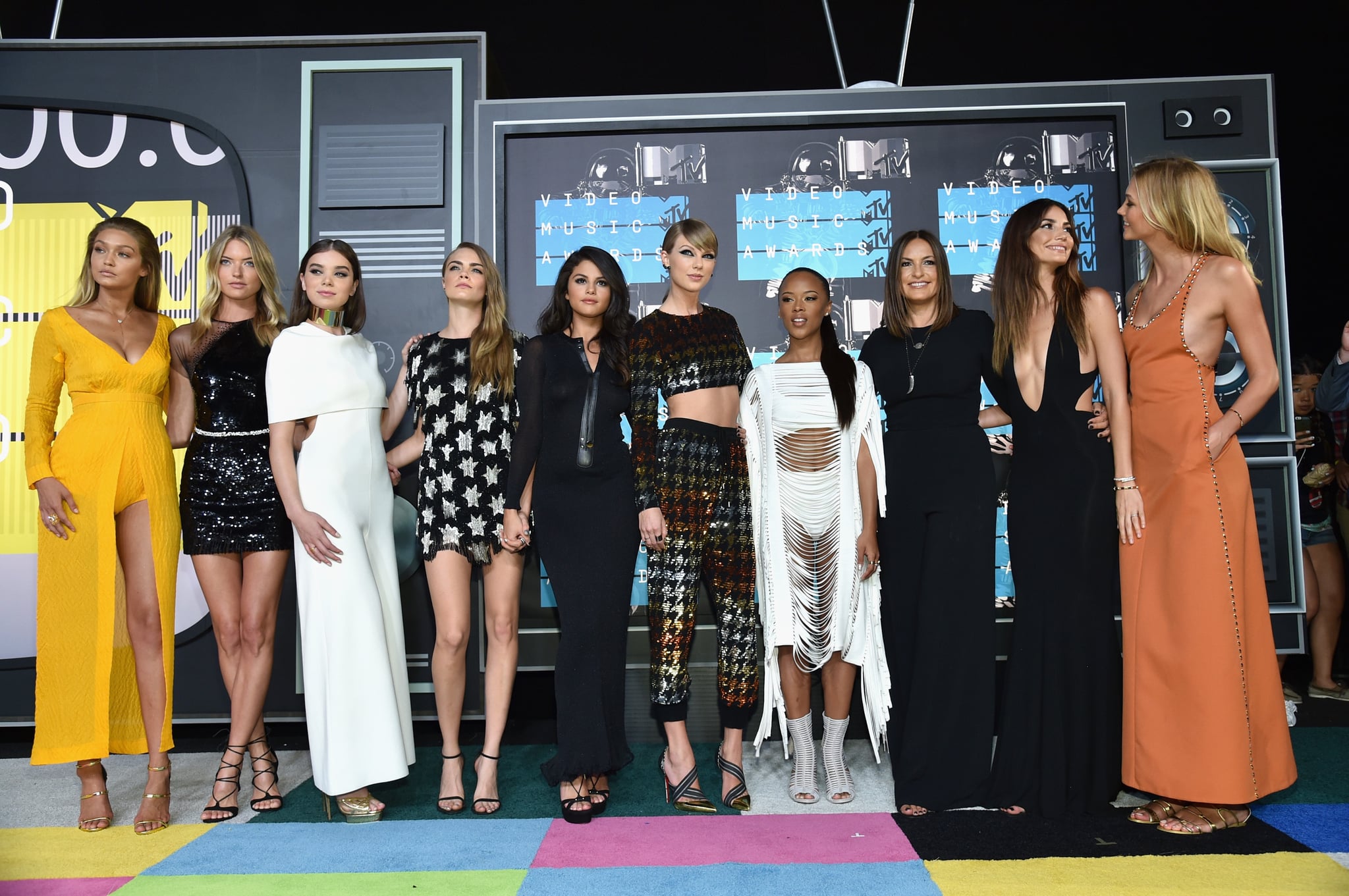 The video for Taylor Swift's new single, "Look What You Made Me Do," premiered during the MTV VMAs on Sunday night. The visual was packed with hidden references to Taylor's ex-lovers, celebrity feuds, and past personas — and during one scene, it appears that she may have taken a swipe at a few of her (former?) famous friends.

Related:
Taylor Swift Spoke to My Soul, Until I Grew Up — and She Didn't

Taylor's group of high-profile girlfriends — her "squad," if you will — has gotten a lot of attention and criticism over the years; many have brought up the fact that they all look similar (something the singer alluded to in the "LWYMMD" video) and question whether Taylor's seemingly revolving door of friendships is even real. Taylor addressed the backlash in a 2016 Vogue interview, calling the accusations "hurtful" and adding, "When we're all friends in fifteen years and raising our kids together, maybe somebody will look back and go, 'That was kind of ridiculous what we said about Taylor and her friends.'"

In one of the scenes of her "LWYMMD" video, Taylor is seen wearing the outfit from her 2009 "You Belong With Me" video — thick-rimmed glasses, plaid pajama pants, and an oversize "Junior Jewels" t-shirt scrawled with the names of her high school BFFs — only this time, the tee is emblazoned with the names of Taylor's real-life friends, and it's the missing monikers that are very telling. 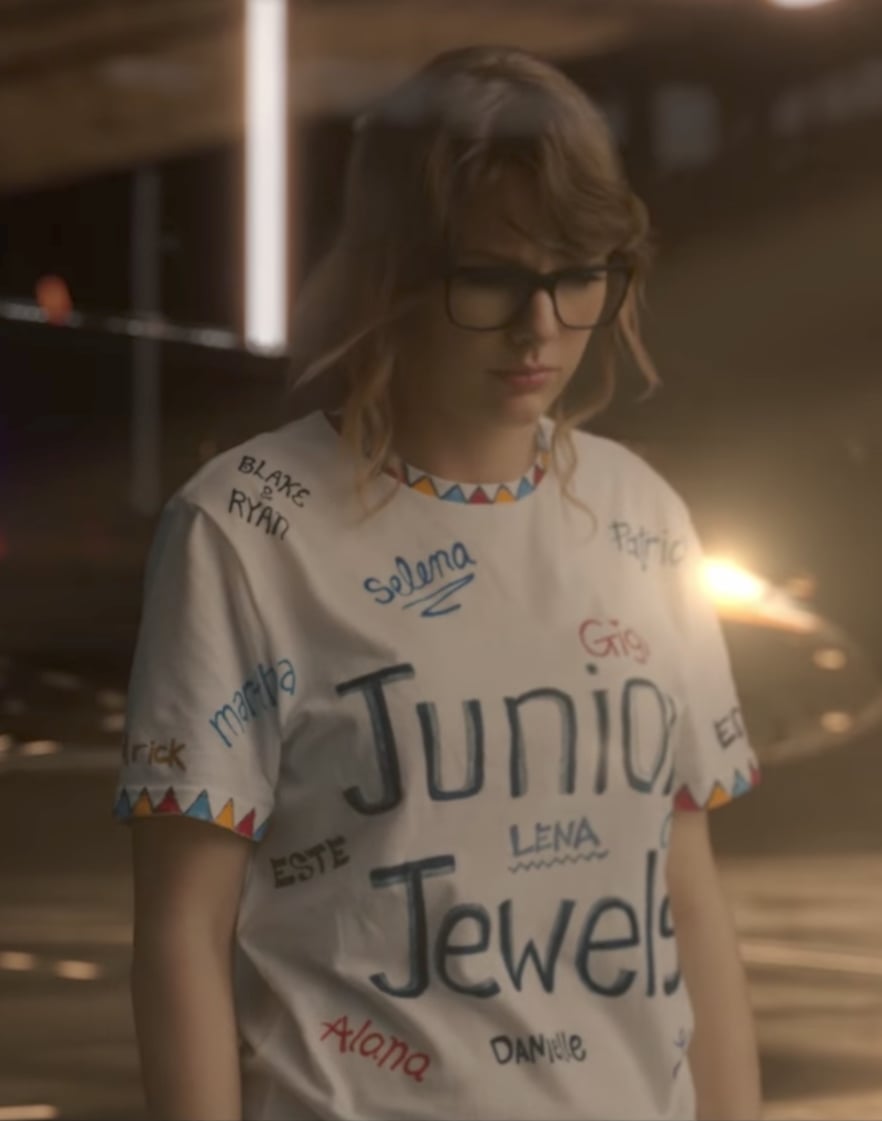 Here are the names that are written on Taylor's t-shirt: 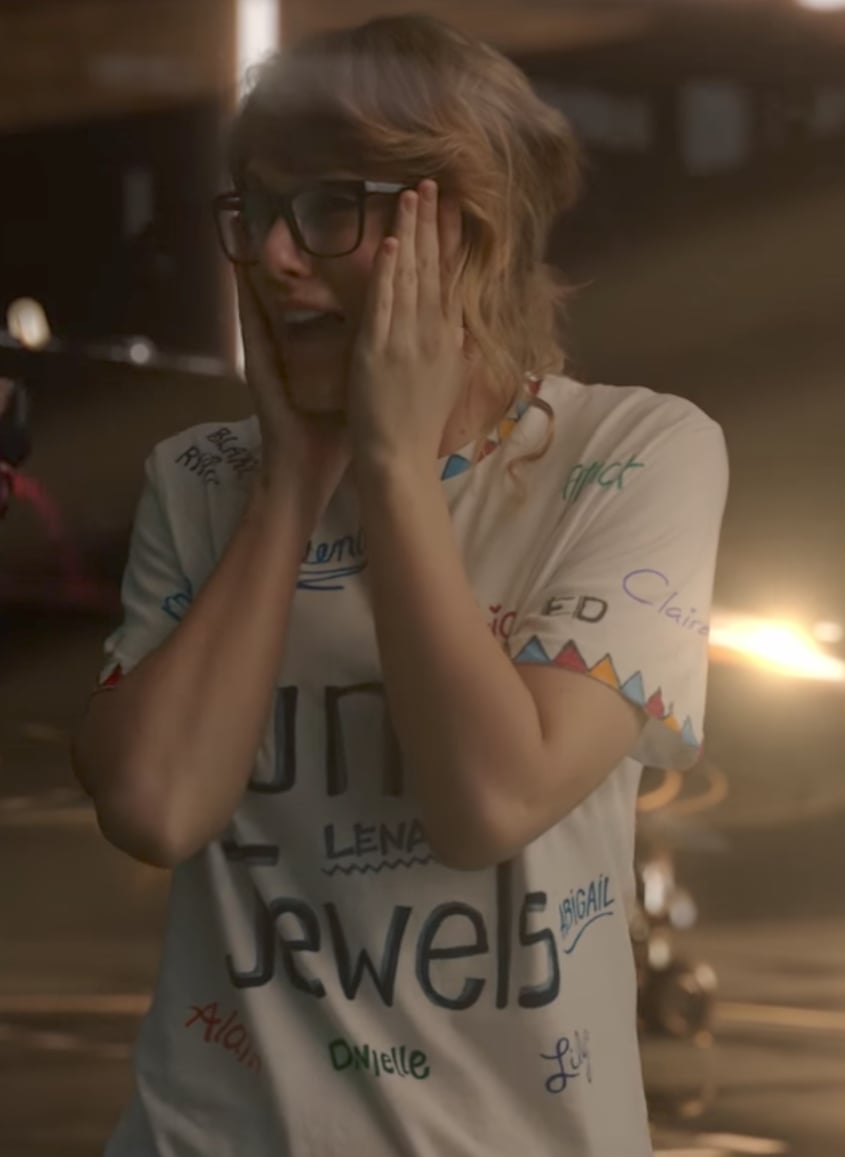 And here are the names that are strangely missing:

Florence Pugh
Florence Pugh Addresses Will Poulter Ibiza Photos: "[We] Are Not Dating"
by Eden Arielle Gordon 2 hours ago