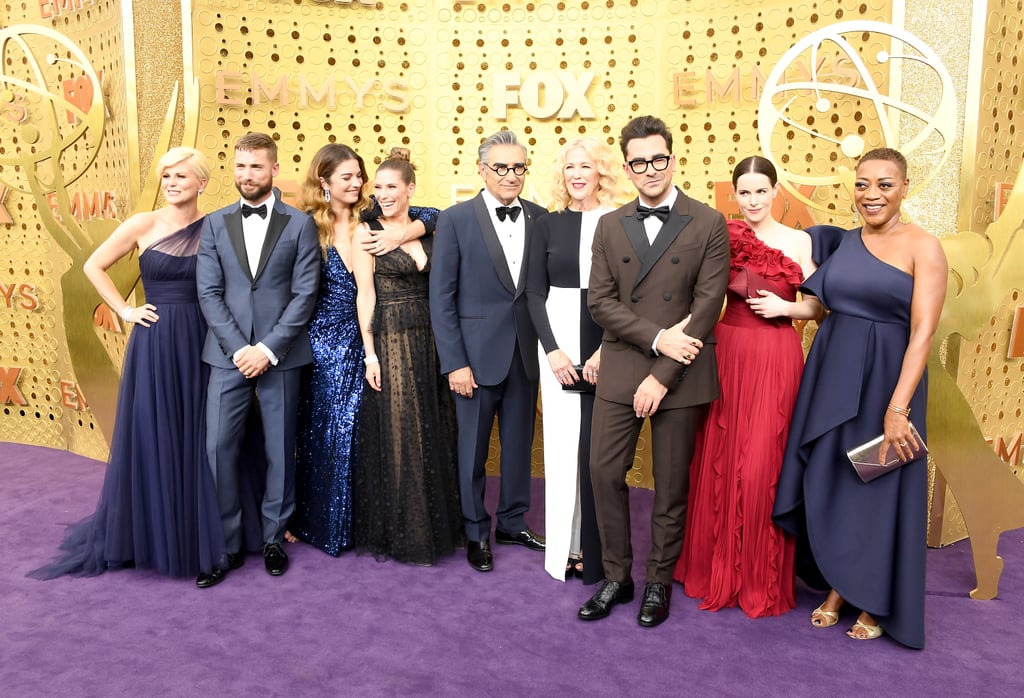 The cast of Schitt's Creek hit the red carpet at the Emmys on Sunday night looking adorable . . . and hot, to be quite honest — we see you, Dan Levy! (Also, Dustin Milligan's beard? Kindly crank the AC, because I'm sweating.)

The Pop TV comedy nabbed multiple Emmy nominations this year, including nods for leads Eugene Levy and Catherine O'Hara (who was wearing a black and white dress that would make Moira Rose proud), and many members of the hilarious ensemble cast showed up for the occasion. Fan favorites like Emily Hampshire (who plays Stevie), Sarah Levy (Twyla), and Annie Murphy (aka the great Alexis Rose) strutted their stuff in some gorgeous gowns and giggled together in front of the cameras. Talk about cute.

See some choice photos from the cast's reunion on the red carpet ahead — including glam appearances from Jennifer Robertson (Jocelyn) and Karen Robinson (Ronnie) — and then check out when you can catch season five of Schitt's Creek on Netflix!

Gossip Girl
The "Gossip Girl" Cast on Monet's Mean Girl Takeover in Season 2: "[She] Really Has Her Time to Shine"
by Njera Perkins 13 hours ago