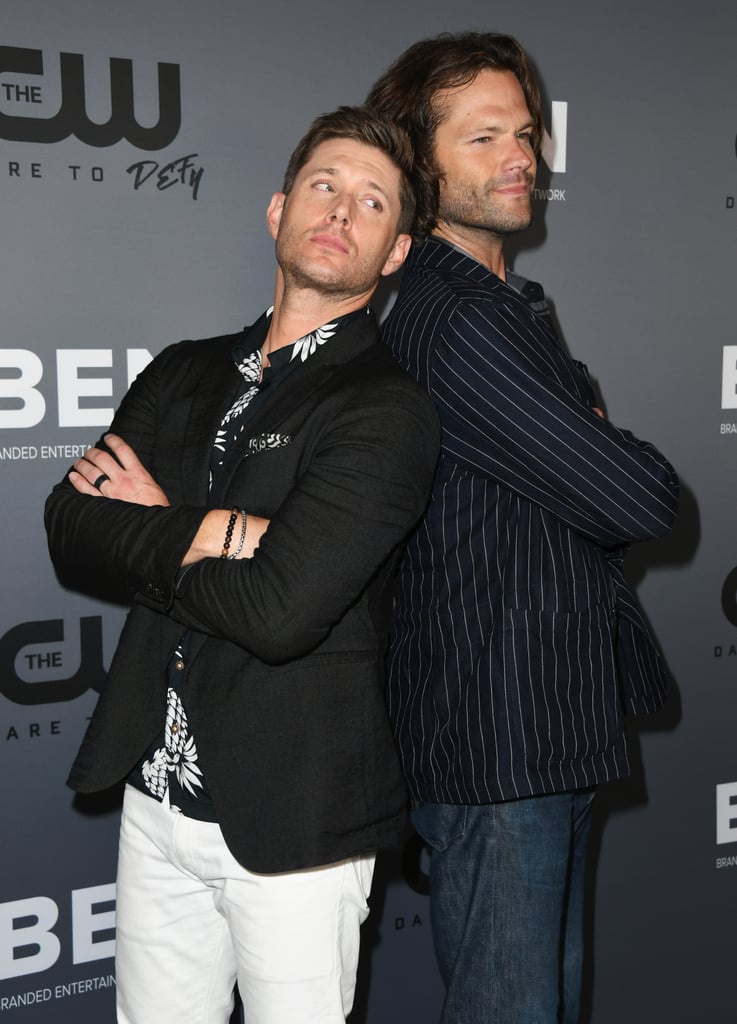 Supernatural is quickly approaching the end of its 15th and final season (though it's been delayed due to the coronavirus), and no, we're not OK, but thanks for asking. The sci-fi series made history as The CW's longest-running scripted original, premiering all the way back in September 2005. While we're likely going to be mourning Supernatural's end for a while, fans can at least take comfort in the knowledge that the actors who play monster-hunting, demon-slaying brothers Sam and Dean Winchester are actually real-life BFFs. Jensen Ackles and Jared Padalecki's friendship is perhaps even more epic than the series itself, and we've rounded up some of their sweetest quotes about each other to prove it.