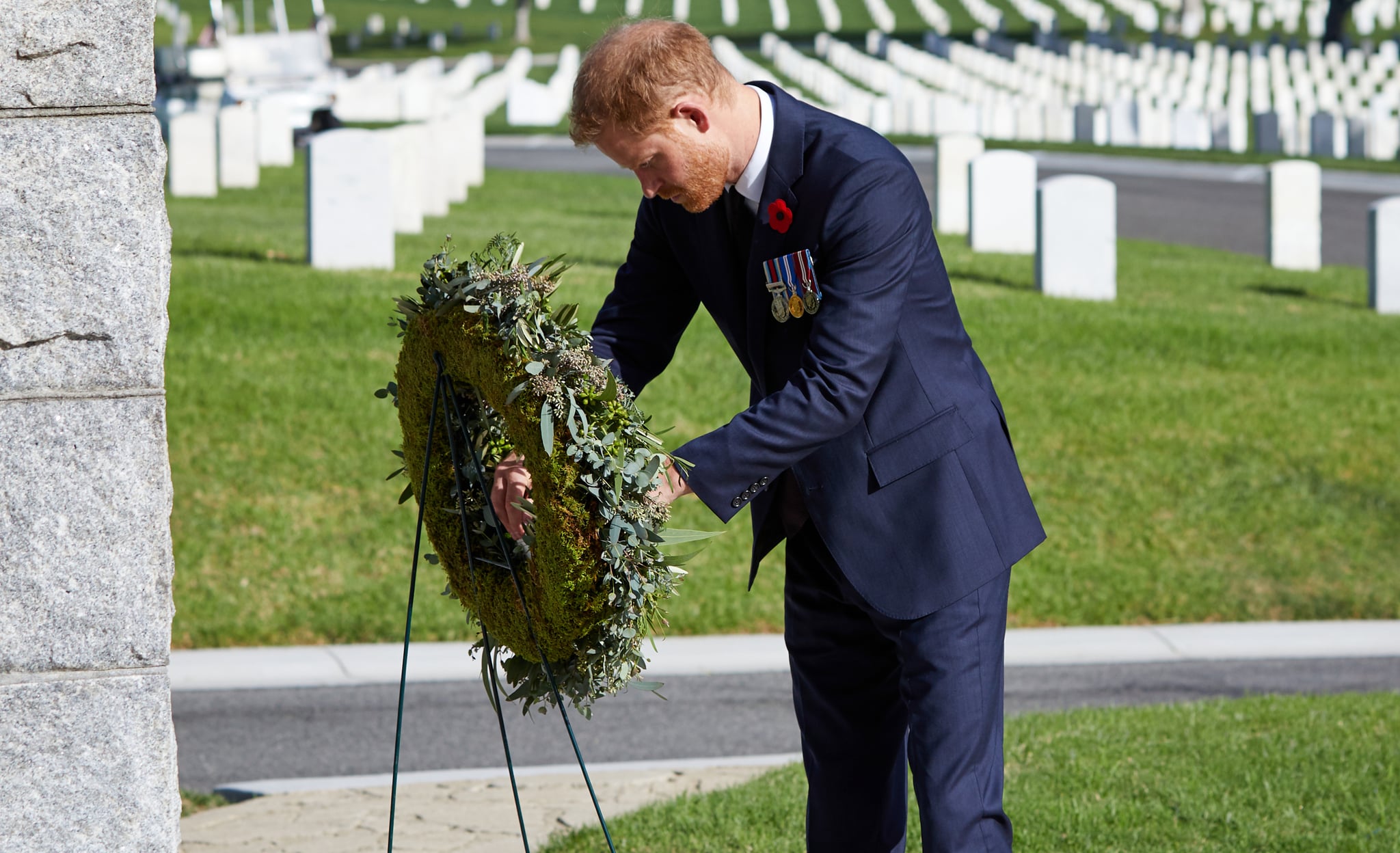 Prince Harry is reportedly "saddened and disappointed" after the palace denied his wreath request for Remembrance Day, and rightfully so. The Duke of Sussex had asked for a wreath to be laid on his behalf at the Cenotaph in London on Sunday, but couriours and palace officials shut down his request simply because he's no longer a working member of the royal family. They didn't even consult Queen Elizabeth II about it, and you know what? It was quite a petty move on their part.

Official organizers of the event had already created and set aside a special wreath for Harry, so all that needed to be done was for it to be added in with the rest of the royal family's. How hard could that have been? I understand that the palace loves to follow protocol and stick to tradition, but couldn't an exception be made since it was for a good cause? It's not like the family hasn't broken royal protocol before, and frankly, a lot of those policies are antiquated and no longer hold up.

"Being able to wear my uniform, being able to stand up in service of one's country, these are amongst the greatest honors there are in life."

Held on the second Sunday of November each year, Remembrance Day honors those who have suffered and died at war, and just in case the palace forgot, Harry served in the British Army for ten years. During his military career, the Duke of Sussex put his life on the line when he undertook two tours of duty in Afghanistan and rose to the rank of captain. For Harry, Remembrance Day isn't just another official engagement like it is for some of the other royals, it actually means something to him.

"Being able to wear my uniform, being able to stand up in service of one's country, these are amongst the greatest honors there are in life," Harry explained during his surprise appearance on the Declassified podcast that same day. "To me, the uniform is a symbol of something much bigger, it's symbolic of our commitment to protecting our country, as well as protecting our values. These values are put in action through service, and service is what happens in the quiet and in the chaos."

In addition to his years of service, Harry has dedicated a large part of his life to helping wounded veterans live fulfilled lives, which is the very reason he created the Invictus Games in 2014. After serving in Afghanistan, the prince was introduced to the Warrior Games during a trip to the US in 2013 and he made it his mission to create an event similar to it that used sports to help aid the physical, psychological, and social recovery of active-duty soldiers and veterans.

Even though Harry's request wasn't fulfilled, he still paid his respects in his own way by making a private visit to the Los Angeles National Cemetery with Meghan Markle. Still, out of all the royals who attended Remembrance Sunday service, Harry probably had the most emotional incentive in having his wreath laid, and the palace's denial is just another example of why the royal family needs to do away with protocol and modernize itself in order to remain relevant.