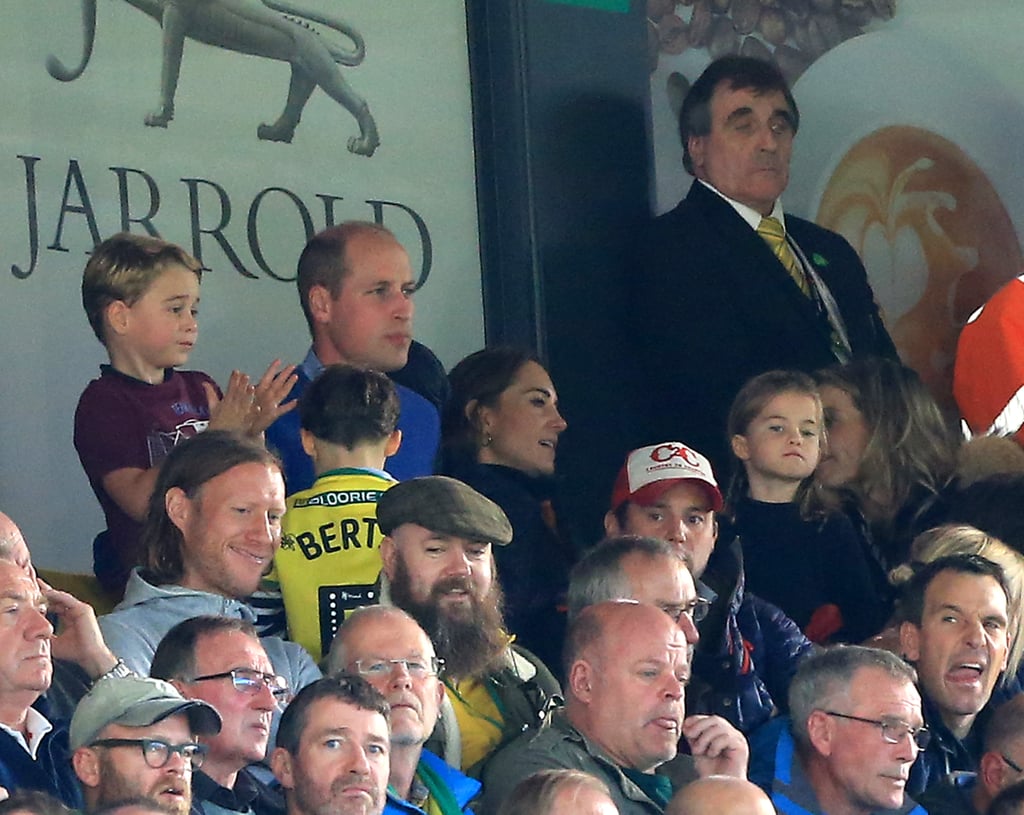 Prince George and Princess Charlotte joined parents Prince William and Kate Middleton at a soccer game in Norwich, England, on Saturday. The adorable quartet sat among the crowd as hometown team Norwich City took on Aston Villa. The outing marked Prince George's first time watching Aston Villa — his favorite soccer (or football) team — and he appeared to soak it all in. The 6-year-old royal was spotted cheering, bouncing up and down, and flashing a giant grin when his team took home the victory. William, who is the president of the Football Association, tried to calm the young royal down, but there was no containing his excitement.

It's no secret that George is a dedicated soccer fan. He even had a sports-themed birthday party in July, so it's safe to say the prince had a blast at his first-ever Aston Villa game. Look ahead to see more pictures and videos from the family's day out!