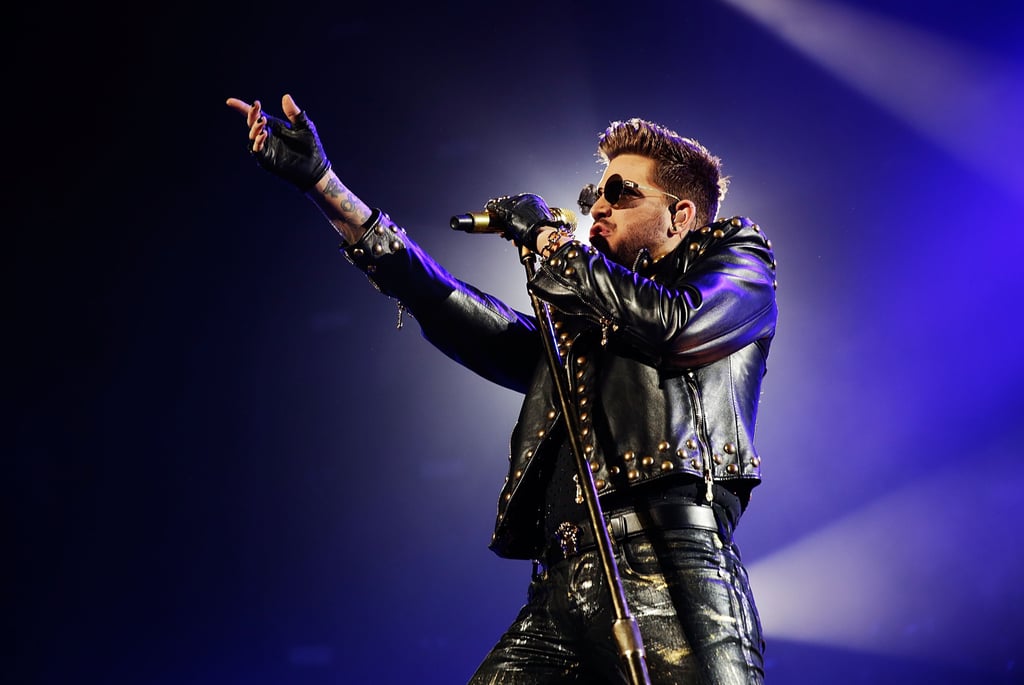 In quite the full-circle moment, Adam Lambert will perform with Queen at the 2019 Oscars on Feb. 24. The singer famously got his start on American Idol in 2009 after auditioning with "Bohemian Rhapsody." That same season, Queen's Brian May and Roger Taylor joined Lambert and fellow contestant Kris Allen for a performance of "We Are the Champions." It was such a good fit that Lambert went on to periodically front the band in subsequent tours.

The performance comes as a surprise because Bohemian Rhapsody is not nominated for best original song. The Freddie Mercury biopic is, however, nominated in five other categories, including best sound editing, best sound mixing, and best picture. Rami Malek — nominated for best actor for his portrayal of the late singer — did sing a little while filming, but the vocals heard in the film are actually a combination of his and those of Marc Martel, who gained attention for his viral cover of "Somebody to Love" in 2011.

The forthcoming award show will also feature a highly anticipated performance of A Star Is Born's "Shallow" by Bradley Cooper and Lady Gaga. Among other performances for the evening, Bette Midler will perform "The Place Where Lost Things Go" from Mary Poppins Returns, and Kendrick Lamar and SZA are expected to perform "All the Stars" from Black Panther.

Taylor Swift
Taylor Swift Fires Back at Blur's Damon Albarn: "I Write ALL of My Own Songs"
by Princess Gabbara 8 hours ago