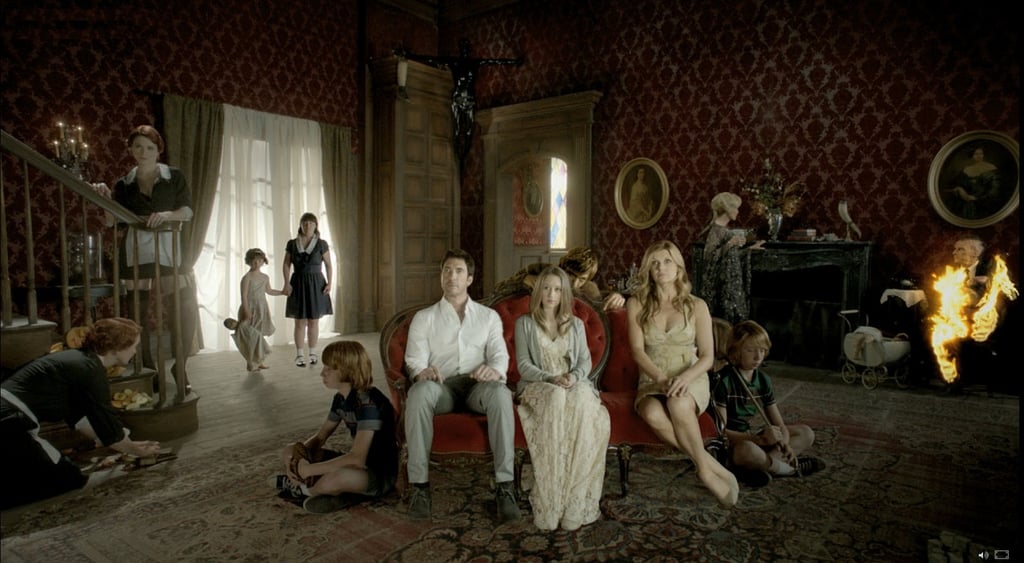 We have been dying for more connections between American Horror Story seasons, and it's just been confirmed that creator Ryan Murphy is going to give us a big one in season five, Hotel. In this week's issue of Entertainment Weekly, which has a trove of new season five details, there's a separate piece where Murphy confirms a direct connection between season one and five. Of course, it's the Murder House itself. "We do go to the Murder House for one episode," he said, and that's not all; a character from the first season — the Harmon family's realtor Marcy (Christine Estabrook) — also appears in season five.

Recently, Murphy compared season one to season five, saying the new season would be about "honest, primal fear," but the other connection of it being set in Los Angeles is clearly the thread that will tie these two seasons together. Want more? Here's everything we know about season five so far.

HBO
The Succession Season 3 Cast Is Stacked! See Who's Joining and Who's Returning
by Monica Sisavat 14 hours ago

Hannibal
Why I, a Horror Fanatic, Just Couldn't Get Behind Hannibal
by Grayson Gilcrease 16 hours ago

Netflix
Fun Fact: Selena Quintanilla's Iconic "Dreaming of You" Was Originally Written For Someone Else
by Monica Sisavat 16 hours ago

Netflix
The Sons of Sam: 4 Pieces of Evidence That Suggest David Berkowitz Didn't Act Alone
by Stacey Nguyen 17 hours ago