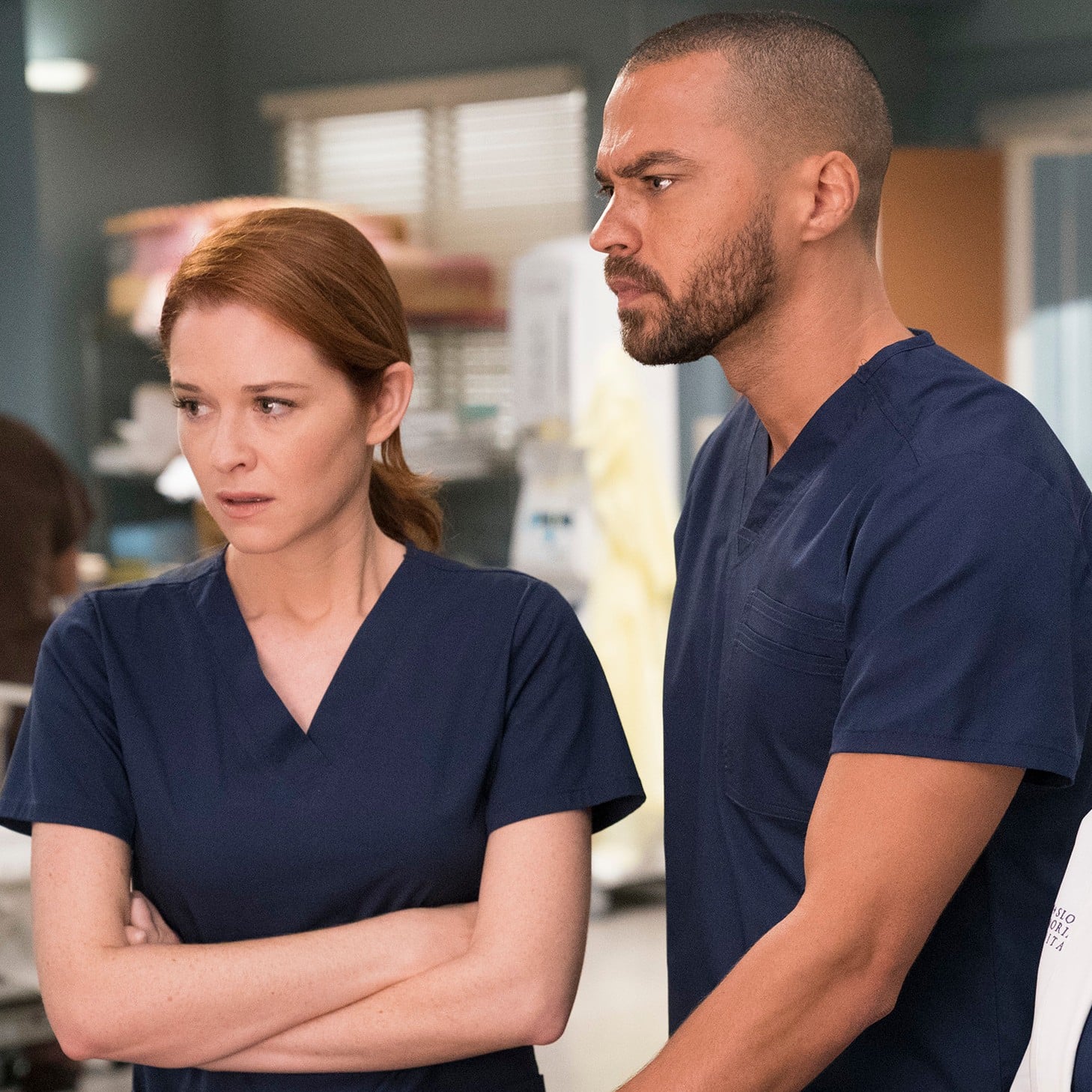 I'm not going to sugarcoat it, Grey's Anatomy fans: we should be very worried about April and Arizona's upcoming departures. We've already parsed out quite a bit when it comes to the recent devastating news. We've looked into why Jessica Capshaw and Sarah Drew are leaving. We've even absorbed the heartbreaking cast and crew reactions to the news. But there's something looming in the distance: how all of this is going to go down.

Suffice it to say, there are two typical paths for a character exit on Grey's Anatomy. Sometimes, these beloved people decide to leave their job at Grey Sloan, or leave Seattle to go somewhere else. In many cases, though, the character suffers from a tragic death. And, well, thanks to one small moment from a recent episode, we're petrified that April is not just going to walk away.

Sure, there's a good chance April will just get fired. After all, she's been fired before, and last time, she reacted by going home and basically giving up for a while. But now, in season 14, she's so much more entangled in the world of Grey Sloan. She has a baby with Jackson. She's built a life with friends. She's built a career. Yes, she's in a downward spiral, but it's hard to envision a situation where it makes sense for her to leave on her own accord. This brings us to a bit of ominous foreshadowing in the March 15 episode, "Old Scars, Future Hearts."

As a brief recap, April has just slept with the infamous Dr. Koracick. In the wake of their hookup, they unexpectedly get to know each other over the course of the following day. Koracick senses anger, angst, and darkness in April. At one point earlier on, he ventures a few guesses on how she got that way. "Uh, dead, beloved TV show character," he throws out.

Surely, the creative powers that be have known about April's exit for a while. And to have Koracick say something like this to April as her time on the show comes to an end? It's one of those things that's way too specific and peculiar to just fly under the radar. As a writer, there's also something odd about the way he says it. It's not like he poses it as a question. It's more like he's declaring it, like he's calling April a dead, beloved TV character.

Take it or leave it. Tell me I'm looking too far into it. But Grey's is infamous for killing off characters when there's no other way out. April may be the show's next victim.