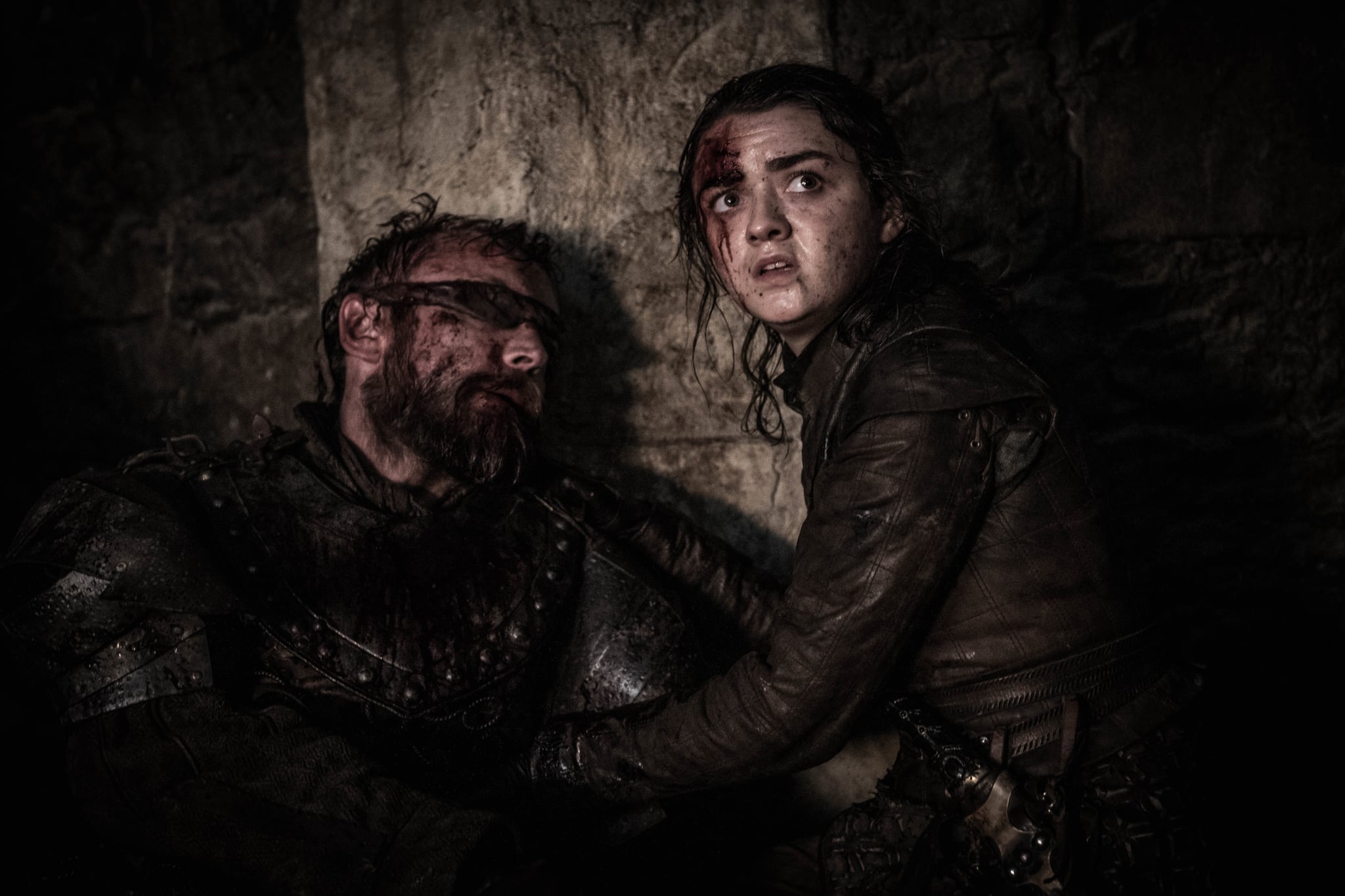 Warning: There are a bunch of Game of Thrones spoilers ahead, so read at your own risk.

There has been so much going on in the wild, wild world of Game of Thrones lately that I nearly forgot about the "Prince That Was Promised" prophecy. The tale has been fueling theories since the very beginning of the series, and up until recently, there seemed to be two very likely candidates: Jon Snow (Kit Harington) and Daenerys Targaryen (Emilia Clarke). However, after season eight's third episode, "The Long Night," a new character entered the ring — one Arya "Night King Killer" Stark (Maisie Williams).

Who Is Azor Ahai?

As a refresher, in A Song of Ice and Fire, the series of books that inspired the TV version of Game of Thrones, there is a popular myth surrounding a hero figure named Azor Ahai. According to a legend whose origins are rooted in the religion that Melisandre practices, the White Walkers swept across the world long, long ago, leaving death and destruction in their wake. Azor Ahai allegedly rose up to save the world from eternal night by forging a legendary sword of flames — Lightbringer — in his wife's blood, that helped him push the Others far, far into the North, where they were all but forgotten about.

In A Dance With Dragons, the prophecy about Azor Ahai is stated as follows: "When the red star bleeds and the darkness gathers, Azor Ahai shall be born again amidst smoke and salt to wake dragons out of stone." Seeing as the White Walkers returned and appeared to be a bigger, more terrifying threat than ever, it stands to reason that Azor Ahai's reincarnation is, too.

How Does Arya Connect to the Prophecy?

Before Melisandre set her sights on Jon Snow, she believed that Stannis Baratheon was that prince, which we, of course, now know was very much not true. But since High Valyrian is known for being gender-neutral (just take the prophecy about Cersei, for example), there are also theories that Dany could be the fabled prince. Now that Arya has killed the Night King, though, does that mean she's actually been the reincarnated hero all along?

As much as I wish I could say yes, it seems like a long shot. Killing the Night King seems more like a good way for the writers of the series to justify all of Arya's brutal training at the House of Black and White, as well as her assassin arc in general. But does it mean she can "deliver" the world from darkness? I'm not so sure. Game of Thrones fans have long assumed that the Night King is the darkness that the prophecy was talking about, but what if he wasn't? His death is important, to be sure, but could there be something worse in King's Landing that Jon or Dany will have to contend with down the line?

There's also the very important matter that Arya's life doesn't line up with anything else in the prophecy other than the fact she killed the Night King, which, again, is really great! And badass! It definitely doesn't hurt. But was she "born amidst smoke and salt" as "the red star bleeds"? No. Has she lit a sword on fire, or awoken dragons from stone? Also no.

Where Does Melisandre Fit Into All This?

Way back in season three, Arya and Melisandre cross paths for the last time until they bump into each other again during the Battle of Winterfell in season eight. Before Melisandre skips town with Gendry and a sack of leeches, she tells Arya that she'll kill people who have "Brown eyes, blue eyes, green eyes," saying that they'll be "eyes sealed shut forever." This is important to remember when you consider Melisandre repeats this in the midst of battle, which spurs Arya on to go kill the blue-eyed Night King. So, this is at least one case of Melisandre's prediction about a Stark coming true, even if it's Arya doing something heroic and not Jon. Now that Melisandre is gone, though, it will be interesting to see if any of her remaining predictions come true.