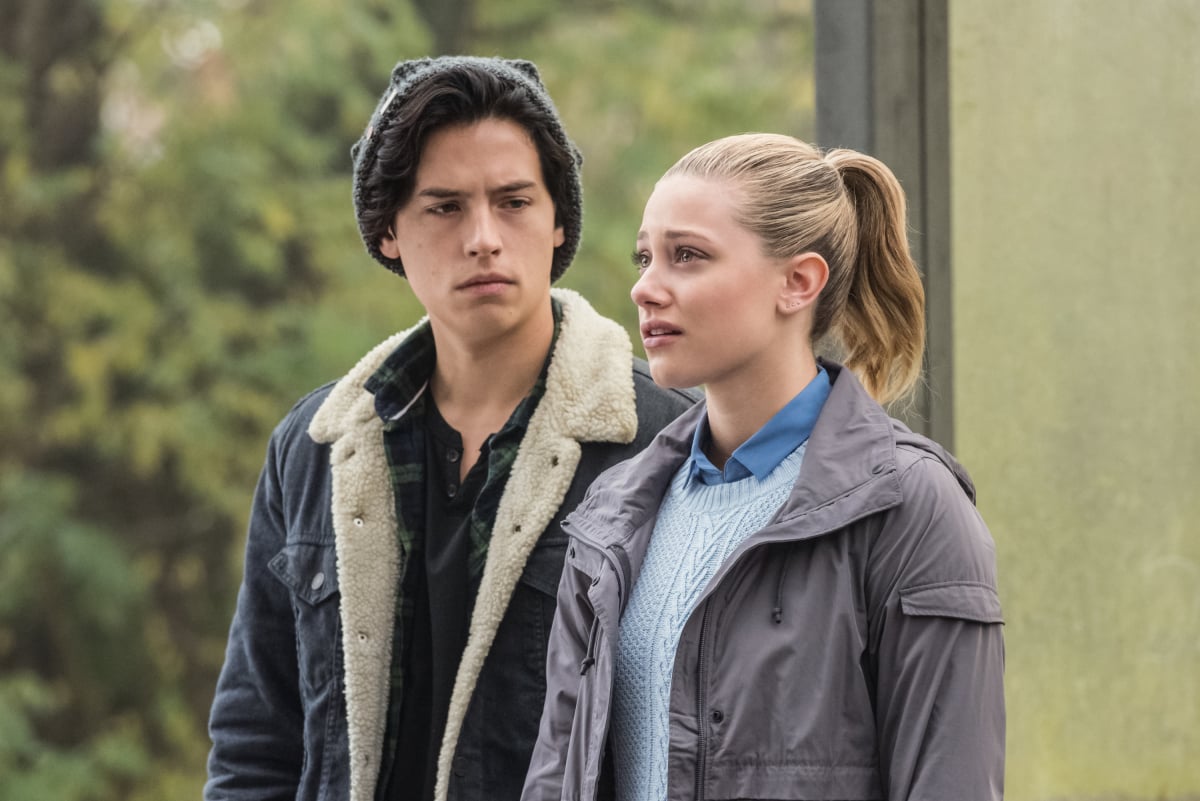 Archie and Veronica's romance on Riverdale might bring the heat, but it's the tender relationship between Jughead and Betty (aka Bughead) that fans have really connected with. The two characters started bonding over the some major ups and downs both were facing in their home lives, as well as their desire to get an answer about Jason Blossom's death, leading to them become one of the strongest duos on the show. Cole Sprouse and Lili Reinhart, who play Jughead and Betty, appeared on Riverdale's Comic-Con panel on Saturday to shed some light about where the couple will be heading in season two, and we have some pretty rough news: Bughead's future is not looking good.

After revealing the season two trailer and teasing the arrival of Sabrina the Teenage Witch, Sprouse noted how Jughead isn't in the best headspace in season two after joining the South Side Serpents. "Jughead is placed in the middle of two worlds that are starting to collide and really erupt. As the season progresses, it's gonna start forcing him to really pick a side, which is a dangerous place for him to be in since he's a morally gray character," Sprouse explained. "That's gonna have huge repercussions for his narrative and his relationships. . . . [Jughead and Betty] get tested. His character is now very much the outsider."

"Last season we saw some dark Betty, but this season it's more like tortured-soul Betty," Reinhart told the audience. "I'm really excited to play it, but it's also a little heart-wrenching for my character, my sweet little Betty." Could she be hinting at a breakup between Betty and Jughead? A lot of messed-up stuff happens on Riverdale, especially to Betty, but losing Jughead certainly sounds like the kind of thing that would leave her soul tortured.

"With Jughead going to South Side and stepping into Serpents territory, it's very scary for Betty," Reinhart added. "She doesn't want to lose her man and also doesn't want him to get into any danger. It becomes a little bit of a Romeo and Juliet situation that she hopes has a happy ending."

Despite the pair's exchange of "I love you"s at the end of season one, love might not be enough to carry Bughead through the drastic lifestyle changes both of them have to contend with in season two. "The way we talked about season one, it was very much the origin story for a lot of these characters, but now the way the characters' lives are progressing, it's really stressful and dark," Sprouse said. "The truth is, Jughead is one of those characters that really gets tested the most by the world around him, and that puts Betty in the position of possible judgment. She and her morality need to make the choice of being there for this kid or calling it quits for the betterment of herself."

TL;DR? Season two of Riverdale is going to be an emotional roller coaster.