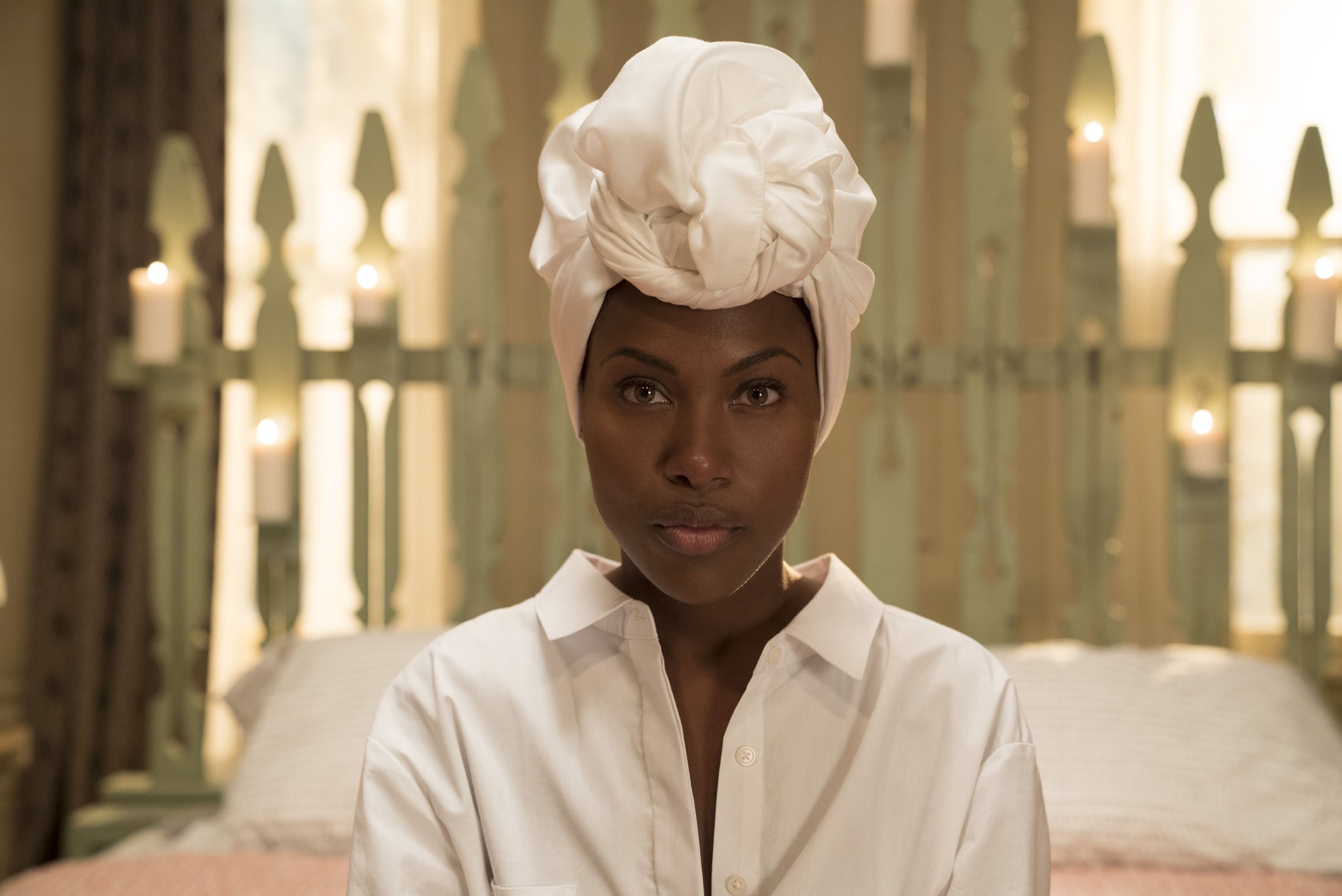 Spike Lee's latest jaunt is an explosive reboot of his 1986 film She's Gotta Have It. In the sexy Netflix update, Lee really dives into the characters he created over 30 years ago in a 10-episode series that soaks in every inch of Brooklyn while telling the stories of the melanin-rich characters who live there.

Even so, truly not enough words can be said to describe the show's main character, Nola Darling, whose sexual exploits are just as timely as ever. Nola is a living embodiment of the direct opposition to any negative stereotypes ever spoken about black people and, especially, black women. She's arguably the heroine all women need and an accurate representation of the millennial woman, which is nothing short of refreshing.

She shamelessly has four lovers (aspiring rapper Mars Blackmon, played by Anthony Ramos, father and husband Jamie Overstreet, played by Lyriq Bent, model and narcissist Greer Childs, played by Cleo Anthony, and single mom Opal Gilstrap, played by Ilfenesh Hadera). Lee doesn't shy away from the fact that if she were a man juggling multiple lovers, it would make her a "player," but instead she gets labeled as promiscuous or a "freak."

Sexism is still alive and well. America's president is a self-proclaimed grabber of women's genitals and the Harvey Weinsteins and Kevin Spaceys of the world are getting called out for exerting their power to sexually harass and assault.

However, Nola is not only challenging how women are viewed when it comes to their bodies and sexuality, but she's also a living and breathing example of the lifestyle many women live that society still refuses to accept. The self-proclaimed "sex-positive polyamorous pansexual" Brooklyn artist is a single woman with agency over her own body who enjoys sex (which she has a lot of) and is unapologetically feminist.

Yet, it is 2017 and black women are not often celebrated for being sexual or even shown as multifaceted beings who are capable of so much more than a one-dimensional sexuality. Instead, black women on screen are subjects of the male gaze (Belly, Think Like a Man) or they fall prey to fetishization for being overtly sexual (Foxy Brown, Monster Ball) or they just lack of sexuality altogether (Bonnie in Big Little Lies). Usually, the roles of the sexually adventurous woman are reserved for white women when on screen, whether TV (Sex and The City, Broad City, or Girls) or film (Savages, Basic Instinct, Bad Teacher, etc.).

But if the huge success of Girls Trip this past Summer is indicative of anything, it's that black women love sex, they're tired of being possessed or objectified, and they support film and TV shows with honest portrayals of black womanhood.

In this case, not only does Nola "gotta have it," but so do other black women who expressed absolute glee at being able to see themselves on the small screen.

She's Gotta Have It is a must see. Definitely shows the perfect depiction of sexual liberation, spirituality, gentrification, double standards, art, being a black woman in society, struggling to make ends meet, and everything in between. Please please pleaseeee watch!

She's Gotta Have It on Netflix is excellent. Spike Lee came back to remind folks he was ahead of his time in the 80s. Focused on Sexual liberation and public respect for Black women before it became popular.

Everyone please watch "she's gotta have it" on Netflix. I feel like this bitch is me 😭 it's a great show tbh

So I just started #ShesGottaHaveIt on Netflix and I love Nola so far, but I believe it's because the actress herself is stunning, and I love her art and how she lives life on her terms. Let's see how I feel as characters develop.

Nola's story isn't representative of every black woman, or every woman, period, but it's a stark contrast to the narratives that have been present in the media and cinema thus far, and for that, it's worth the binge.

Netflix
The "Freeridge" Cast Say "On My Block" Fans Won't Be Disappointed: "It's Honestly the Same"
by Noelle Devoe 6 hours ago