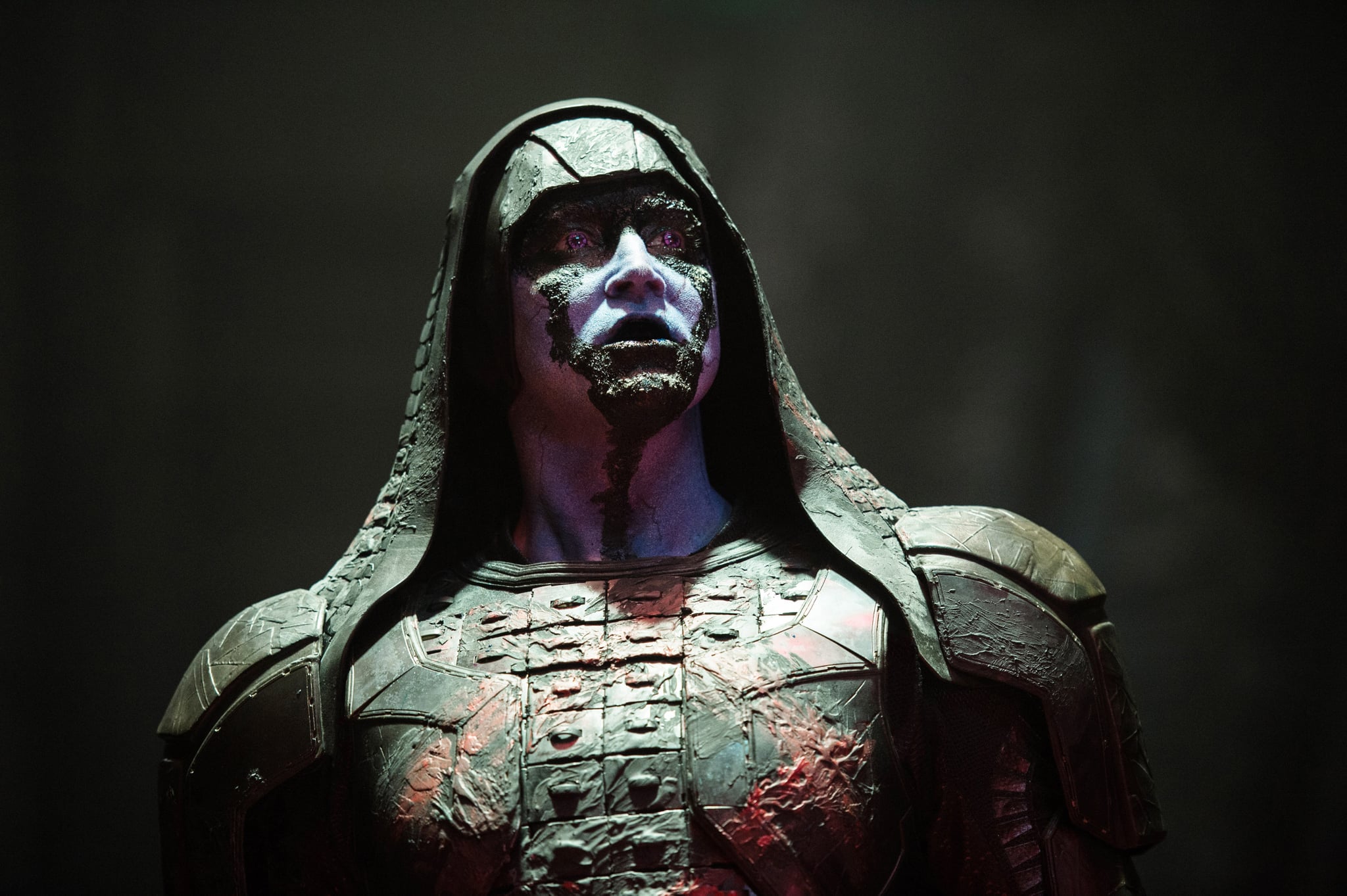 A superhero movie isn't much good without an equally super villain. The movies of the Marvel Cinematic Universe have definitely had their share of epic villains, from one-off baddies like Justin Hammer to long-term antagonists with their own epic story arcs, like Loki or the Winter Soldier. In the new Captain Marvel, a familiar face makes another appearance: Ronan the Accuser, the Kree extremist last seen in Guardians of the Galaxy. Played by Lee Pace, the blue-skinned zealot is back, perhaps even to show us a bit of his own origin story. Here's a recap of what we've learned about the character so far.

Ronan the Accuser first appeared in the Marvel Cinematic Universe back in 2014, when he was the primary villain of Guardians of the Galaxy. In that movie, his backstory and motivations are revealed. His hatred for Nova Empire and Xandar stems from the Kree-Nova War, which took place a millennium prior to the events of Guardians of the Galaxy. After the empires signed a peace treaty, he was so angry and disgusted that he ran away from the reaches of the Kree Empire, becoming an outlaw warlord and eventually agreeing to work for Thanos to attempt to exact his vengeance. It was during this time that he attacked the home world of Drax the Destroyer as well. 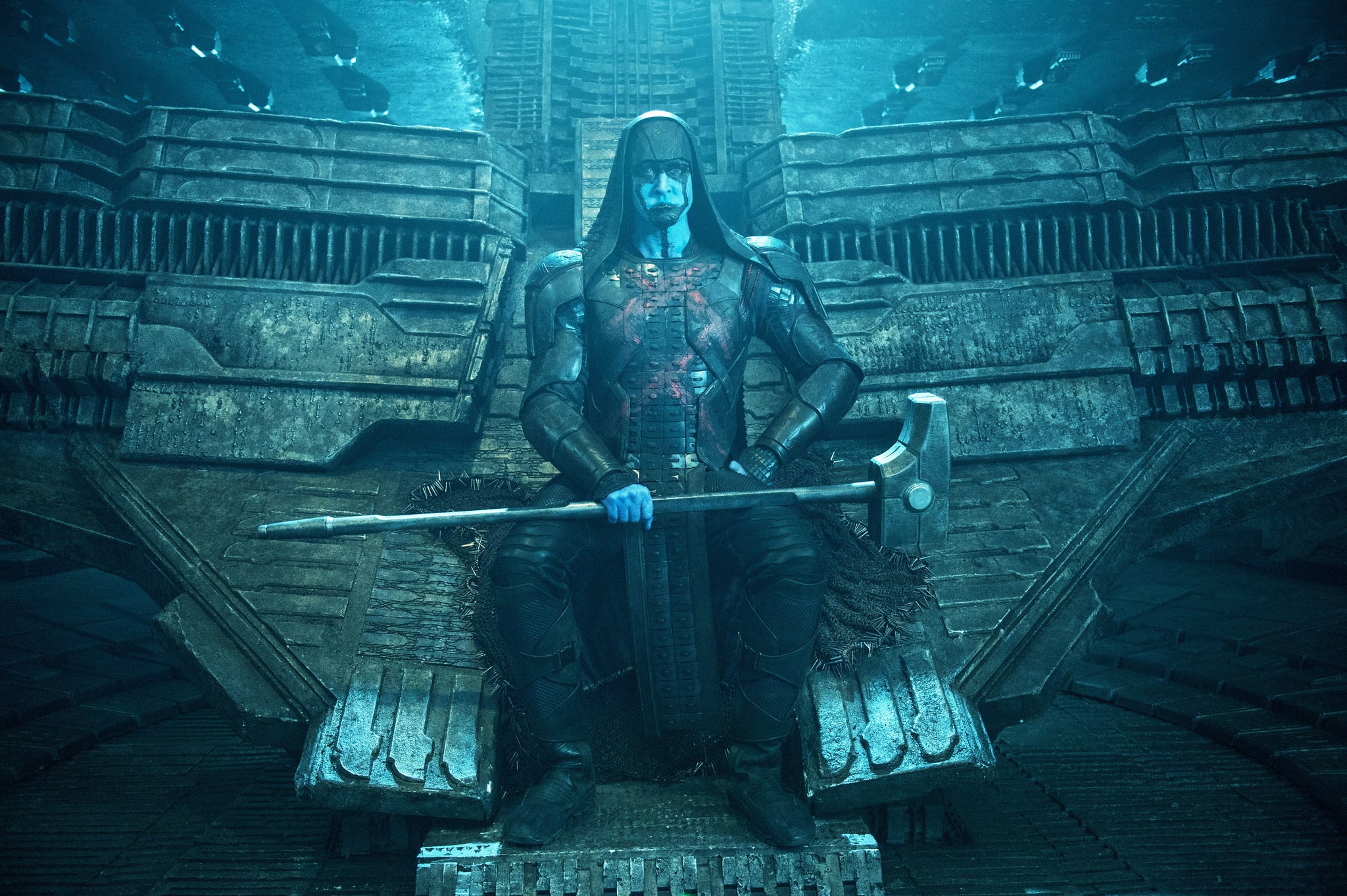 In the first Guardians film, he is seen searching for the Orb (later revealed to be the Power Stone) for Thanos, in exchange for Thanos's aid in destroying Xandar's home world. It's Ronan who sends Gamora to pursue Star-Lord and the Orb, thus inadvertently helping to form the Guardians of the Galaxy. When Ronan realizes Gamora has switched sides, he takes Nebula with him and sets off in pursuit, ultimately gaining possession of the Orb and taking the powers of the Infinity Stone within it for himself, betraying Thanos in the process. During the Battle of Xandar, Ronan's forces destroy almost the entirety of the Nova Corps fleet, but he loses control of the Power Stone during his confrontation with the Guardians and is subsequently destroyed when they direct its energy at him.

Ronan appears again in Captain Marvel, alongside his Guardians-era second-in-command Korath the Pursuer, as a less extremist, younger version of the character. Captain Marvel takes place some years before the events of Guardians of the Galaxy, allowing Ronan to appear even though he's dead in the present day of the MCU. Here, his ties to the Kree are again at the forefront, as the war between the Kree and Skrull empires plays a major part in Captain Marvel, with the Kree being presented as the enemies of the shape-shifting Skrull.

In the comics, he's a longtime foe of the major hero teams, including the Guardians of the Galaxy and the Avengers. He has ties to the original Captain Marvel, aka the Kree alien Mar-Vell, too: Mar-Vell initially works with Ronan and the Kree to scout out Earth, but the two become enemies when Ronan is overtaken by the Supreme Intelligence, an artificial intelligence that rules the Kree. Although Ronan the Accuser is not one of the long-running villains of the Marvel movies, he's definitely among the most memorable!