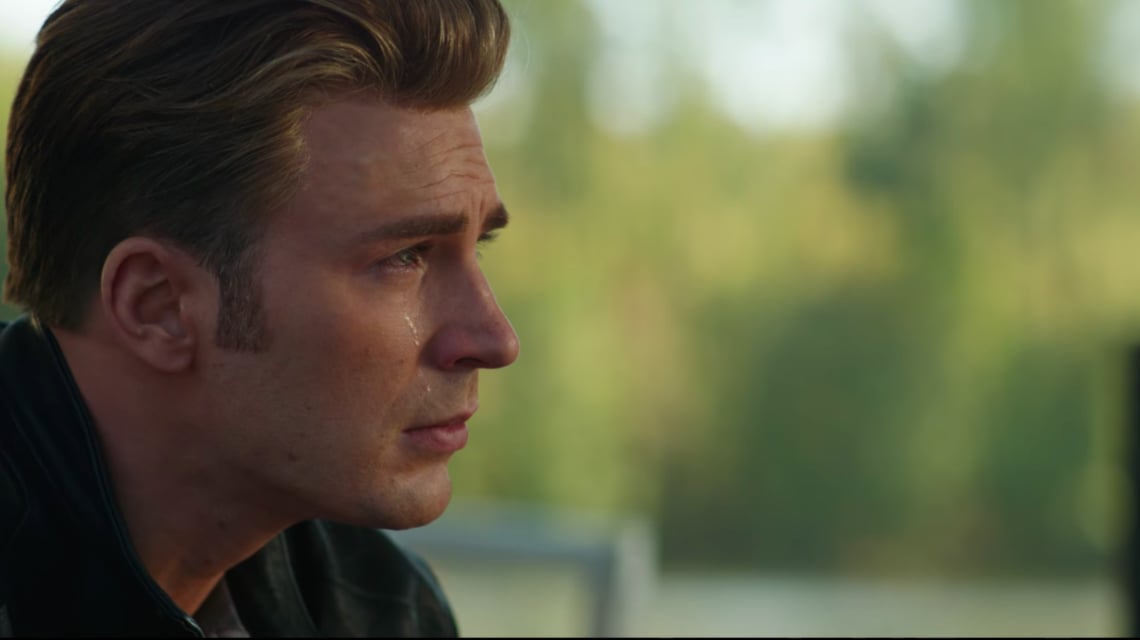 If there's anything Marvel fans are well-versed in, it's knowing that their favorite heroes are always in imminent danger. Since Iron Man first graced our screens back in 2008, fans of the Avengers have learned to check out every possibility for death, and prepare themselves for fatalities (RIP, Quicksilver). And even though it felt like Avengers: Infinity War was the peak level of devastation that Marvel could reach, there's no doubt we're in for more. The premiere of Avengers: Endgame is upon us, and apparently the film is enough to make Captain America get emotional. Like really emotional.

In an interview with The Hollywood Reporter back in March, actor Chris Evans opened up about seeing the upcoming fourth installment of the Avengers franchise, and he seemed overwhelmed by how good the film actually is. "Uh, it's — I mean — it's a good one," he said. "It's a real good one. I saw, like, the first hour of it . . . Man, this one's really good. I choked up like three times."

Related:
According to This Wild Endgame Theory, Thanos's Snap Didn't Do What We All Think

He got choked up three times in just in the first hour?! Not to be dramatic or anything, but a lot can go down in one hour, folks. It only took, like, five minutes for everyone to completely turn to dust after Thanos snapped his fingers — entire universes could go down in one hour! There are so many reasons Evans could have gotten choked up during the first half of the film, especially since that's when we'll likely see how the remaining Avengers have dealt with the aftermath of Thanos's snap. The emotional trailers for the film shows glimpses of a world that's still grieving over losing half its population, and a band of Avengers who will do "whatever it takes" to bring back their fallen. But what exactly will it take?

It must be something intense, because now that the full film has premiered (the cast looked spectacular on the red carpet, FYI) it seems the actor can add a few more teary moments to his tally. While on stage at Monday's premiere in LA, Evans revealed that he cried not three times, but a whopping six times! SIX, people!

Chris Evans’ review of #AvengersEndgame: “I cried like six times.”

Since Evans's contract with Marvel and near decade-long run as Steve Rogers is officially over, there's a very real possibility that Endgame could see the death of his Captain America. We'd imagine that seeing his own character's demise might make Evans shed a few tears.

We'll have to wait until Endgame hits theaters on April 26 to figure out what exactly had Evans all emotional, but that won't stop us from cooking up our own theories in the meantime!

Will Smith
Will Smith and Martin Lawrence Confirm "Bad Boys 4": "It's About That Time!"
by Eden Arielle Gordon 10 hours ago