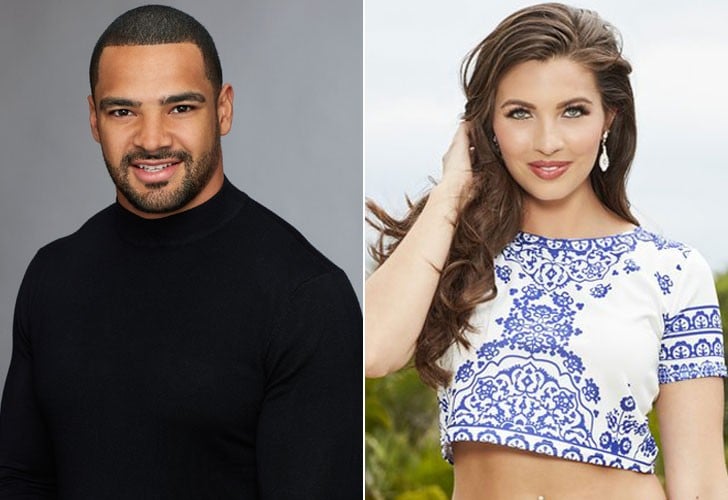 The Bachelorette's Clay Is Dating Bachelor in Paradise's Angela, and Their Photos Are SO Cute

Somewhere, Eric Bigger is probably kicking himself, because his Bachelor in Paradise flame Angela Amezcua has found love, and it's definitely not with him. After Eric rudely dumped her on the Summer reality show despite telling her he was "all in" — he ditched her as soon as Cassandra touched down in Paradise — it seems the breakup was for the best. The brunette bombshell, who is an alum of Nick Viall's season of The Bachelor, has officially moved on with The Bachelorette's Clay Harbor.

The sweet football star and all-around stand-up gentleman was last seen on Becca Kufrin's season earlier this year, which he left early after suffering an injury to his wrist that required immediate surgery. Becca was visibly upset by his sudden departure but understood that his family (and "future wife") depends on him to earn a paycheck by playing football. Although he didn't get a happy ending with Becca, Clay certainly seems to be over the moon in his relationship with Angela.

Related:
How Do You Get on The Bachelor or Bachelorette? Follow These Steps

Now that her stint on BIP is over, the pair have started sharing adorable couple-y photos to Instagram. "What do the kids call it? Woman crush Wednesday? Well here's mine," Clay, 31, captioned a snapshot of him embracing Angela. "#outkickingmycoverage #whatwashethinking #wcw." (He also posted the same photo to Twitter, writing, "If I had a rose to give she would get it EVERY time." Swoon.) Angela responded with a cute picture of her own, declaring that she's finally "found" paradise. For what it's worth, Bachelor Nation fan favorites seem to wholeheartedly approve of their romance. "This makes my heart so happy," Astrid Loch wrote, while Chelsea Roy commented, "Here for this!" John Graham also left them a note, saying, "There it is!!!! Two models."

See their sweet photos together ahead!

Related:
17 Couples From Bachelor Nation That Are Still Together
Previous Next Start Slideshow
The BacheloretteBachelor In ParadiseTV