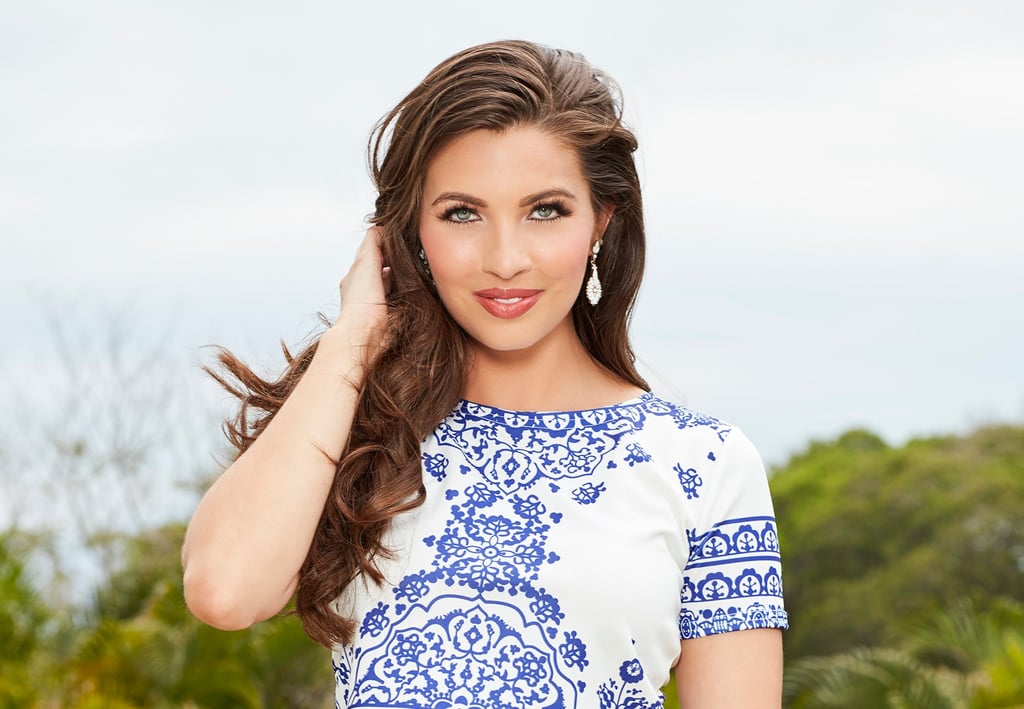 Get to Know Angela, the Bachelor in Paradise Stunner You May Not Recognize

Season five of Bachelor in Paradise features plenty of familiar faces, from over-the-top male model Jordan Kimball and Krystal "Surprise! My Voice Is Normal Now!" Nielson to the always-charming Grocery Store Joe and Tia "Where's Colton?" Booth. But the cast also features one brunette bombshell you may not have immediately recognized, and that's Angela Amezcua.

A quick refresher on Angela's Bachelor franchise past: she was on Nick Viall's season, but her stay in the mansion was short-lived, as she was sent home during the very first rose ceremony. So that definitely explains why she didn't look familiar as she waltzed down those steps and onto the sandy shores of paradise after chatting with Chris Harrison. During the first episode of Bachelor in Paradise, she quickly caught Colton's eye, as they had a brief, flirtatious conversation, but Colton ultimately gave his date card to Tia so the two could address their complicated former relationship.

So what else is there to know about Angela (besides the fact that she's so strikingly gorgeous, she could practically pass as a life-size doll if she stood really still)? Read on for a few fun facts about the Southern belle.

Hulu
Little Fires Everywhere: How the Characters on the Show Compare to Those in the Book
by Brea Cubit 12 hours ago