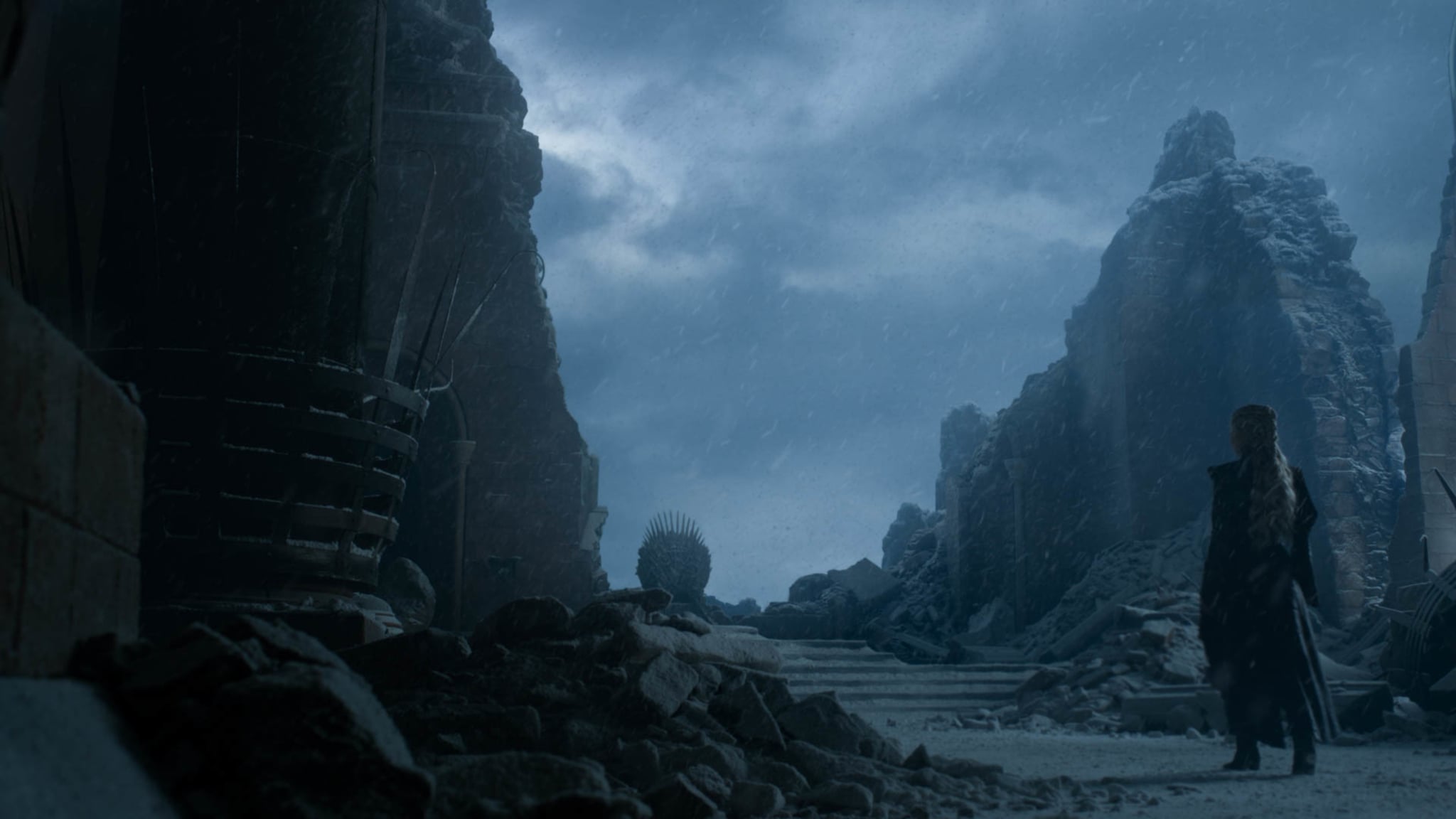 Game of Thrones may have aired its series finale, but that doesn't mean the story is over. Even if George R.R. Martin wasn't still working on the final two entries in the A Song of Ice and Fire novel series, the finale left way too many loose ends untied for fans not to have remaining questions. Giant plotlines we spent seasons antagonizing over were tossed aside; prophecies were unsatisfyingly fulfilled; and Targaryen coins were flipped only to land on the dark side. But one thing that thankfully came into fruition in season eight's finale was a well-known vision had by the Mother of Dragons herself way back in season two.

Related:
Does Cersei's Prophecy Actually Come True on Game of Thrones? Let's Get Into It

What Was Daenerys's Vision in the House of the Undying?

In Game of Thrones' second season finale titled "Valar Morghulis," Daenerys pays a visit to the House of the Undying in order to save her three dragons (mere babies at this point, with no clue about their doomed futures) after they are kidnapped by Quarth warlocks. As she follows the cries of her children, she begins to have a series of visions that pretty much foreshadow the entire series finale. In the first vision, Daenerys walks into the Red Keep, but the roof has been destroyed and the entire room is covered in snow. (Many have debated whether it's actually snow or ash, but we can see icicles hanging from the ceiling, so it's definitely snow). Daenerys approaches the Iron Throne and nearly touches it, but is distracted by the sound of her dragons. Her hand lingers there for a moment more — because we all know Daenerys really wants the Iron Throne — but ultimately allows herself to be drawn away before she can make contact with the seat.

In Daenerys's second vision, the sounds of her dragons draw her away from the Red Keep and towards a slowly lifting doorway. This is actually the door of the Wall and it leads her into the North Beyond the Wall. As she journeys into a snowstorm, she comes across a tent in which she's reunited with her husband, Khal Drogo, and and their stillborn child, Rhaego. Though the two exchange sweet words and Daenerys obviously misses her husband terribly, she walks away from them both to continue hunting for her dragons.

How Does Daenerys's House of the Undying Visions Come True in Game of Thrones?

Daenerys's final moments of the series clearly mirror her vision of the Red Keep. Her fiery reign of terror has coated the entire capital of King's Landing in ash, but the arrival of Winter has also given the city a fine coating of snow. The burned out ceiling makes the keep a little more torn down than her vision, but with the snow falling the two visuals perfectly connect. This time however, when Daenerys walks up to the throne she's actually able to touch it. It's clear that the vision goes through the Dragon Queen's mind because she hesitates before she lays her hand on the throne, seemingly holding her breath in case she wakes up and realizes it was all a dream. It's obvious Daenerys feels that this moment is the fulfillment of her destiny and further proof that she is meant to be the Queen of the Seven Kingdoms.

But then Jon comes along and ends up killing her, right after she seemingly got everything she wanted. Some may believe this nullifies the vision since Daenerys actually touches the throne, but Jon's hand in his aunt's death is what truly seals the deal here. 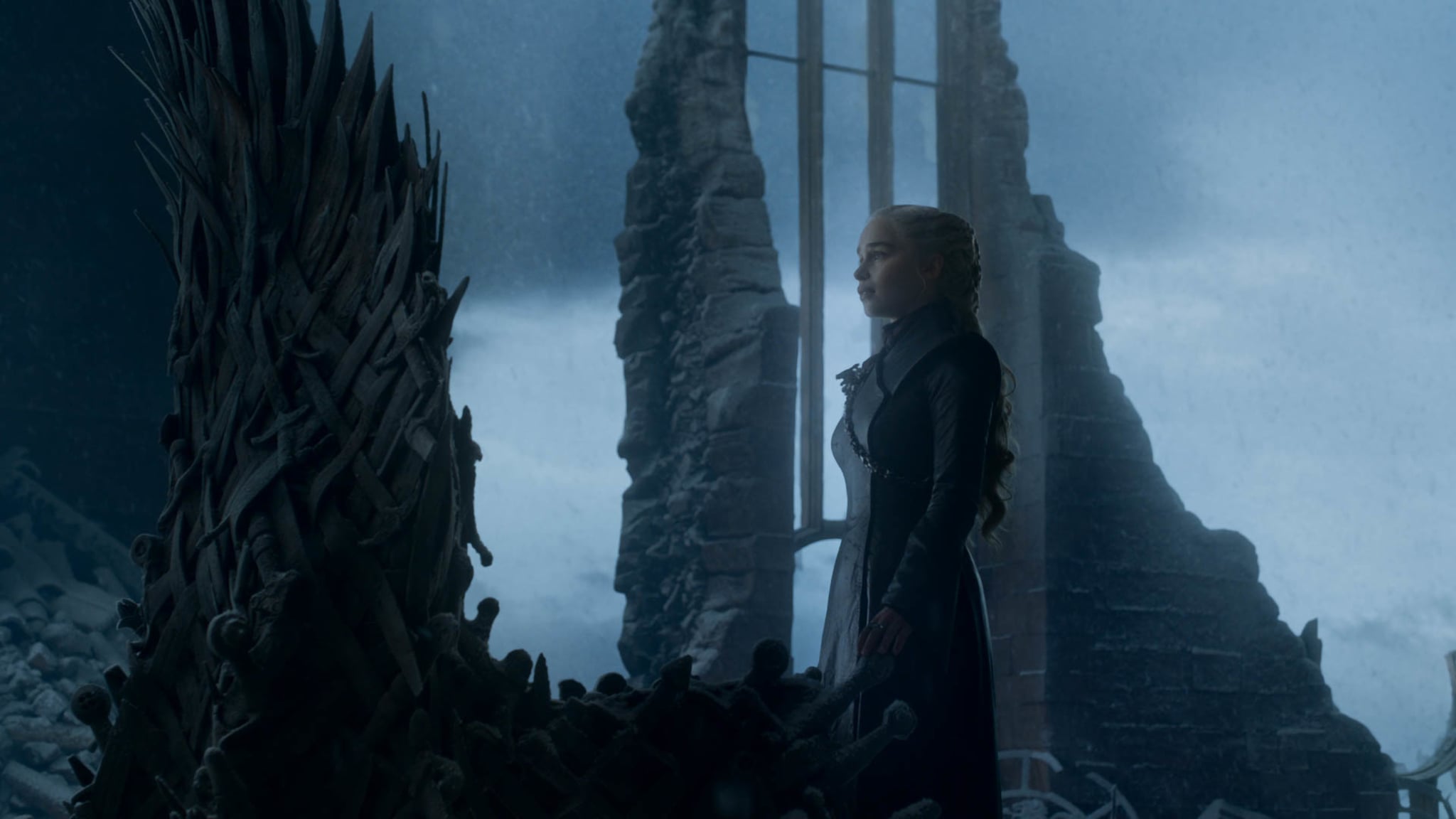 Daenerys believes that she has fulfilled her destiny and thwarted the vision because she's able to do what she couldn't — touch the throne. But she barely gets time to revel in her victory before it's taken from her at the hands of Jon Snow (who represent both snow and ash given his Stark and Targaryen lineage). While many assumed the snow covering the throne in Daenerys's vision was meant to signify Jon's ascent to power, it seems to have truly stood for the fact that Jon is the one to take her from her ultimate goal by killing her.

We can only hope that Daenerys is able to find peace in her death and be reunited with her husband and son in the Night Lands, since that was the last time the former queen seemed truly happy. Unless someone has any other ideas on what she could be doing . . .