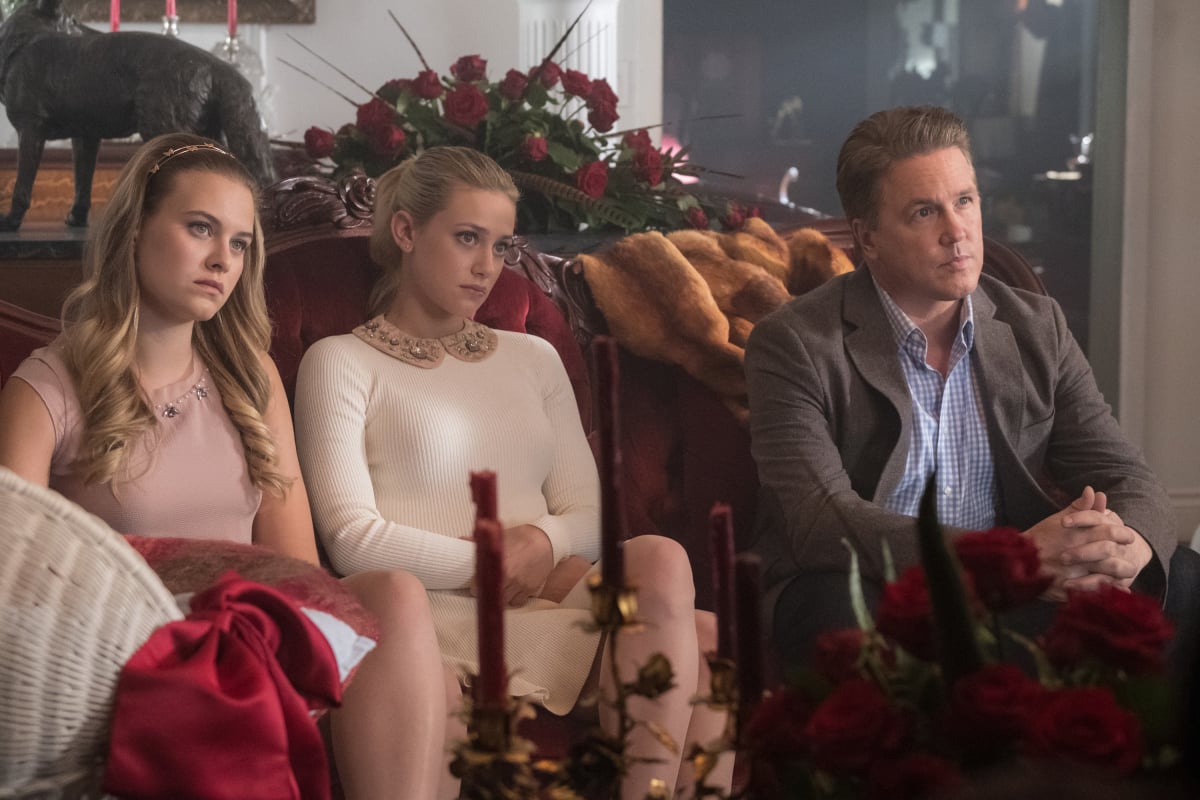 Riverdale unveiled a few big twists during the episode "Judgment Night," but none were quite as dramatic as the Black Hood reveal. As fans guessed, Betty's dad Hal Cooper ends up being the masked villain, but that's just the tip of the iceberg. Apparently, being a serial killer runs in his blood. As he reveals to Betty and Alice, it was actually Grandpappy Cooper who killed Grandpappy Blossom, and his father was responsible for the Conway family murder. As a young boy, he was brainwashed to believe that Riverdale needed to be cleansed of sinners, and those thoughts were triggered during Betty's speech at the Riverdale Jubilee.

Even though he is eventually held accountable for his crimes at the end of the episode, it doesn't seem like we're quite done with his story. As Hal is arrested by the police, Archie arrives at the Coopers' house and tells Betty that the Black Hood just tried to attack them at their house, meaning there is actually another Black Hood running loose around town. While it could be safe to assume that someone is simply posing as the masked villain (this town is full of crazy people, after all), it seems more probable that Hal actually had an accomplice. Better yet, what if he actually has an identical twin?

Related:
Seems Like Sh*t Is REALLY Going to Hit the Fan in the Riverdale Finale

It would certainly make sense. Not only do twins run in the Blossom-Cooper family, but it could also explain why the Black Hood seems to be in two places at once this season. Perhaps the two have been tag-teaming this whole time. They could have even switched places at one point. Remember when Hal brought Alice flowers that she was allergic to? Maybe the rookie mistake was a telltale sign that he wasn't the real Hal. If this theory does end up being true, we're in for a crazy ride.