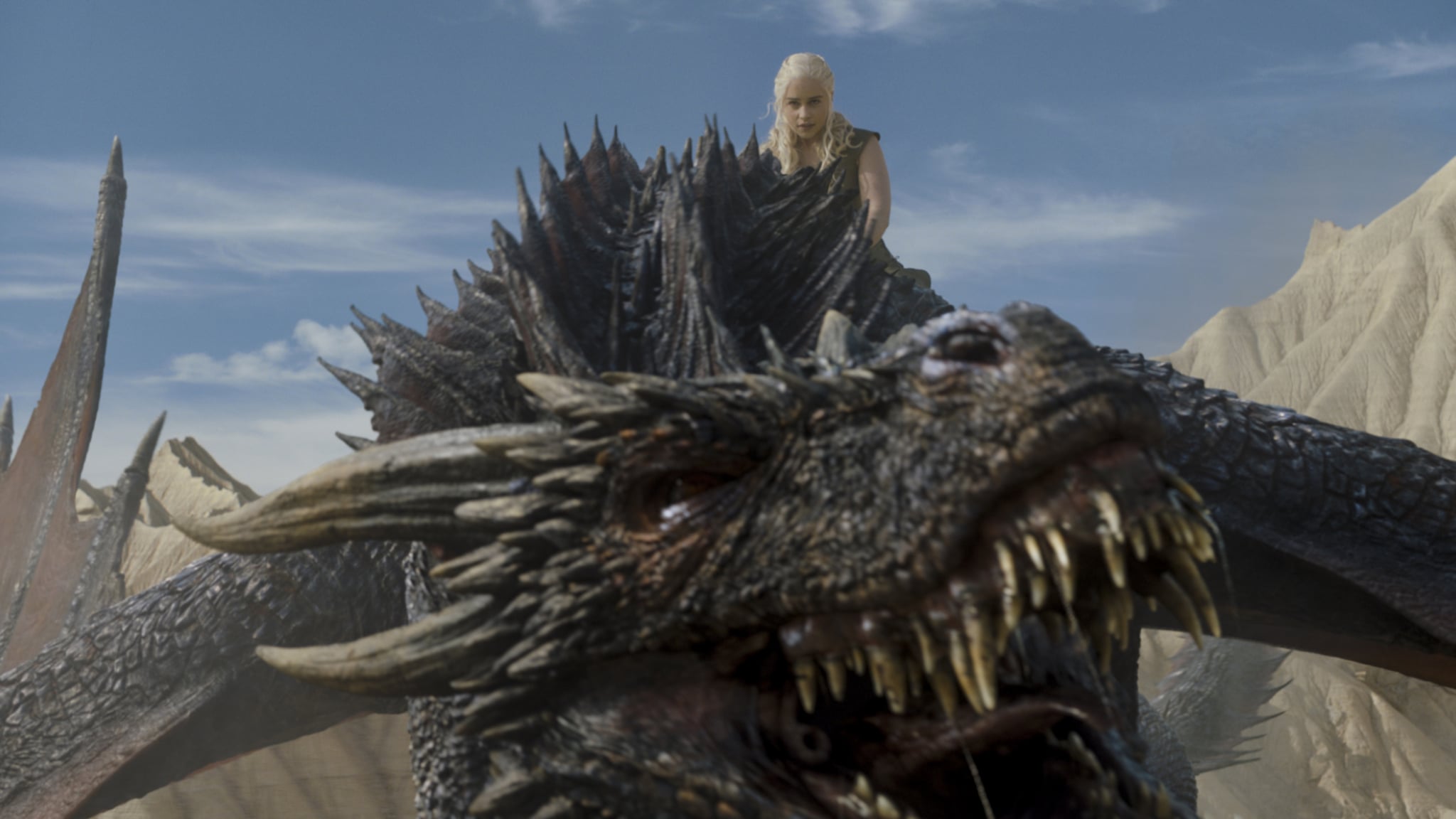 Murder is the true name of the game on Game of Thrones and, apparently, being a fire-breathing dragon with the ability to fly doesn't make you immune from all of the wild sh*t going down in Westeros. In fact, two of Daenerys's three scaly children have already been lost in their mother's efforts to secure the Iron Throne. While their deaths might have been a shock to some, it looks like there could be a reason Viserion and Rhaegal went out the way they did — and the Mother of Dragons should be very worried.

According to one theory, the deaths of each of the dragons' namesakes might have foreshadowed their downfalls. The worst part? This theory could be proof that Drogon won't survive the show's final episode after all. So what is it about their names that has doomed each of Dany's dragons?

Each of Daenerys's dragon triplets are named after very important men in her life. Rhaegal is named after Rhaegar, who was Daenerys's oldest brother — and also Jon Snow's true father, just FYI. Before the show even begins, Rhaegar Targaryen is struck through the chest with a war hammer by Robert Baratheon during the Battle of the Trident, according to the A Song of Ice and Fire series. During "The Last of the Starks," Rhaegal is pierced through the chest with multiple Scorpion bolts, mirroring his namesake's death in that they both meet their untimely ends as a result of being stabbed in one way or another. 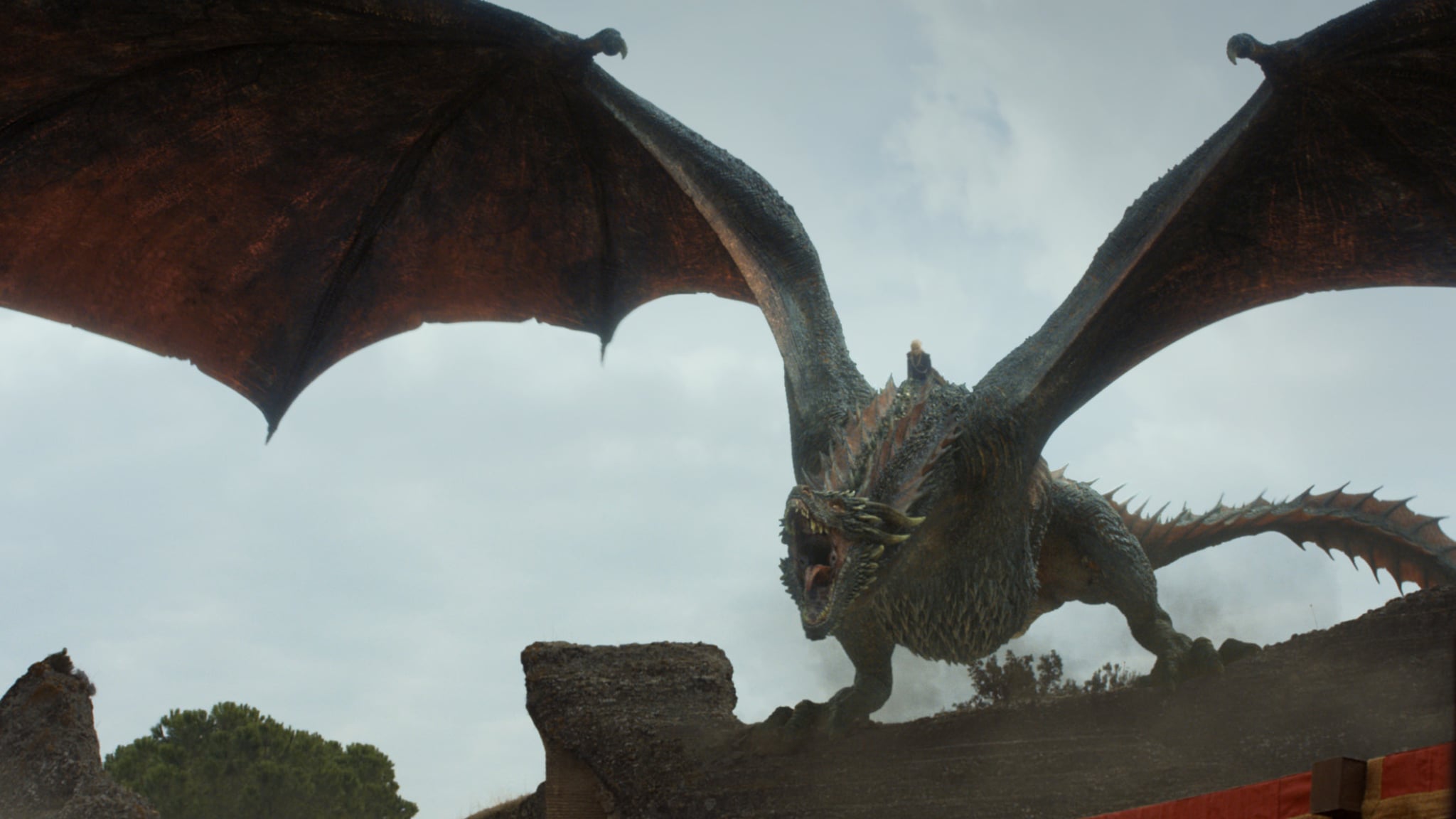 Viserion was named after Viserys, the second-born son of the Mad King and the rightful heir to the Targaryen throne — that is, until he was killed by having molten gold poured on his face. Viserion is power-hungry and cruel to his sister, despite his promise to care for her. Still, Daenerys goes on to name one of her dragon children after Viserys, possibly cursing Viserion to turn on her after being resurrected by the Night King.

Finally, Drogon, Daenerys's personal mount, is named after her late husband, Khal Drogo, the former leader of the Dothraki and the most loyal man in her life up until the birth of her dragons. After Mago, one of the men in his khalasar, insults Daenerys back in season one, Drogo fights him to defend his wife's honor. While Drogo manages to kill Mago and cut out his tongue, he is left injured from the fight and his wound soon becomes infected. Daenerys attempts to use magic to heal Drogo, but ends up leaving him in a vegetative state and forces herself to smother him with a pillow to end his suffering. Drogon is Daenerys's only surviving dragon and has yet to show any signs of weakening, but Game of Thrones has proven to us time and time again that even the mighty can fall.

Related:
Oh My Seven Faced God — Did The Simpsons Predict Dany's Reign of Terror in Game of Thrones?!

While none of the dragons' deaths have been exactly the same as that of their namesakes so far, it seems that their names have determined their fate to some extent. If Viserion and Rhaegal's deaths are anything to go by, it looks like Drogon might face the same fate as Khal Drogo and die defending Daenerys's honor in the series finale. If the theory holds true, Daenerys might even have to kill Drogon herself, just as she did to put Khal Drogo out of his misery. We'll know for sure soon enough.