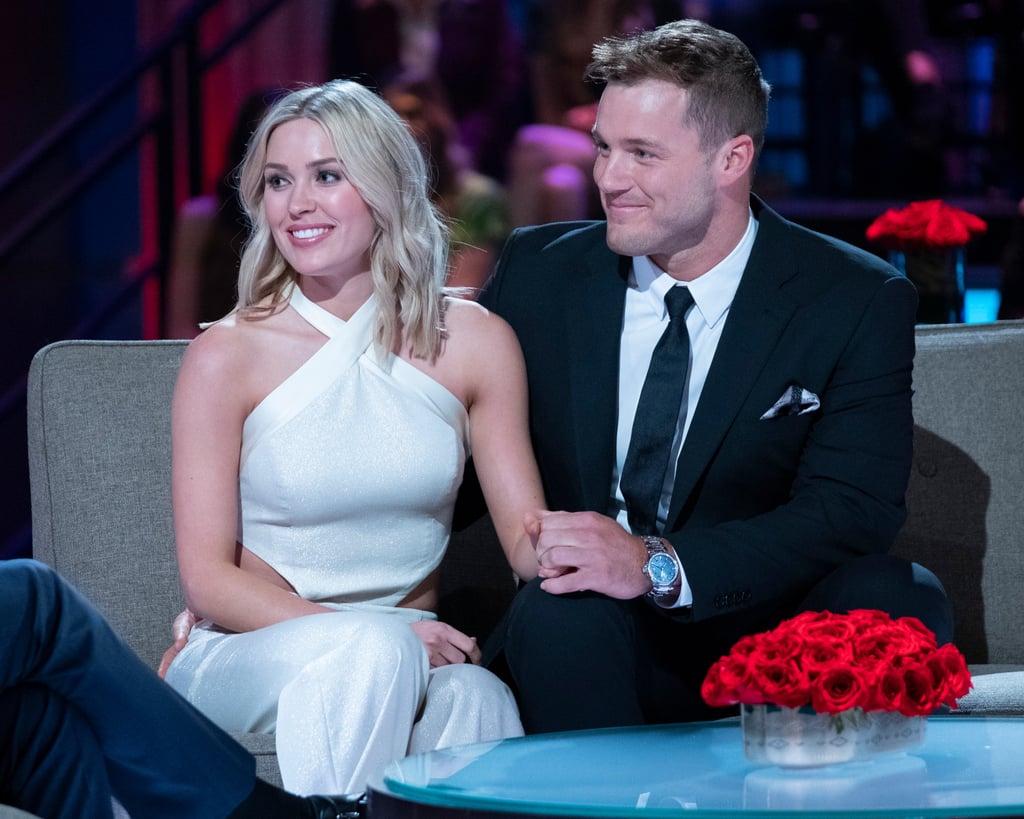 Colton Ended His Season of The Bachelor With a Bang (Not That Kind), and Fans Have a Lot to Say

Well, Bachelor Nation, it finally happened. Colton Underwood's season of The Bachelor has drawn to a close, and it's been a whirlwind. We have been through so much this season, from jumping fences, mysterious chinjuries, and even missing contestants! We're no Chris Harrison, but we feel like it's safe to say this has been one of the most dramatic seasons of The Bachelor so far. So, of course, it couldn't end without the most theatrical finale to cap it all off!

The finale picked up right where we left Colton: brokenhearted after being dumped once again, but this time by the front runner of his heart, Cassie Randolph. After his solo jaunt through the Portuguese wild, Colton had to face his remaining contestants. It was pretty obvious from the start that his heart wasn't with them — poor Hannah G. didn't even get a Fantasy Suite date! It took a consultation with his father and some deep thinking before Colton came to the conclusion that we all knew was coming but were still a little shocked by: Cassie is ultimately the one for him, and he can't let her go. So, like the Prince Charming he strives to be, Colton went after Cassie to win her over.

Despite the concerns and reservations she previously had about their relationship, Cassie eventually realized that she loved Colton, and the two officially reunited. There's no ring (yet), but from the looks of Colton's newest gym buddy, we have to say that the two are still going strong. Even Bachelor Nation can't deny that it's a truly fitting finale for the wildest season of The Bachelor! Check out how the show's fans are reacting to the end of this season and how everyone is excited for Hannah B.'s season of The Bachelorette to begin!

Related:
Yes, Colton Picked Cassie on The Bachelor, and Yes, Fans Are Losing It on Twitter
Previous Next Start Slideshow
The BachelorTVTwitter ReactionsColton Underwood