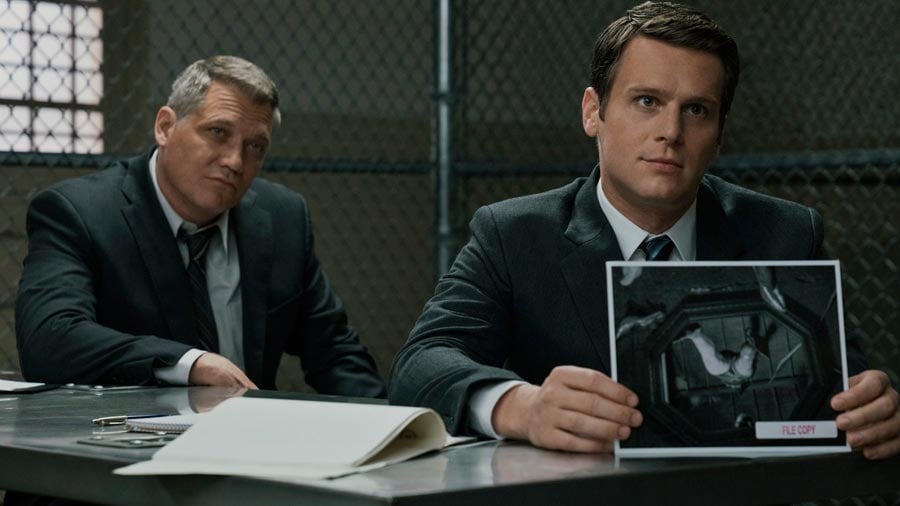 It's quite a luxury for viewers when a show has already been renewed for a second season before it premieres. Such is the case with Netflix's Mindhunter, its new serial killer drama starring Jonathan Groff, Holt McCallany, and Anna Torv. Going in, you know there's going to be more of the show, so you can become invested without fear of it getting canceled and leaving you with a cliffhanger that will never be resolved.

Why this is particularly good in Mindhunter's case is because there are a couple of big questions left hanging in the season one finale. Here's how the first season wrapped everything up . . . but be warned of spoilers ahead.

In episode 10, Agent Ford is becoming a little big for his britches in that all these interviews he's conducting with incarcerated serial killers are making him feel like quite the BMOC. He still wants to catch and convict murderers, so it's not like he's becoming a total monster, but his ego is definitely leading the charge at this point.

When a suspect in the murder of 12-year-old Lisa Dawn Porter is looking like he'll have to be let go without a charge, Ford swoops in to save the day, staging the interview room with items that belonged to Lisa and the clothes she had on when she died. Ford then talks to the suspect, Gene Devier, about liking young girls, even going so far as to quote Ed Kemper III, the Co-ed Killer, from back in episode two: "You got to make it with that young pussy before it turns into mom." 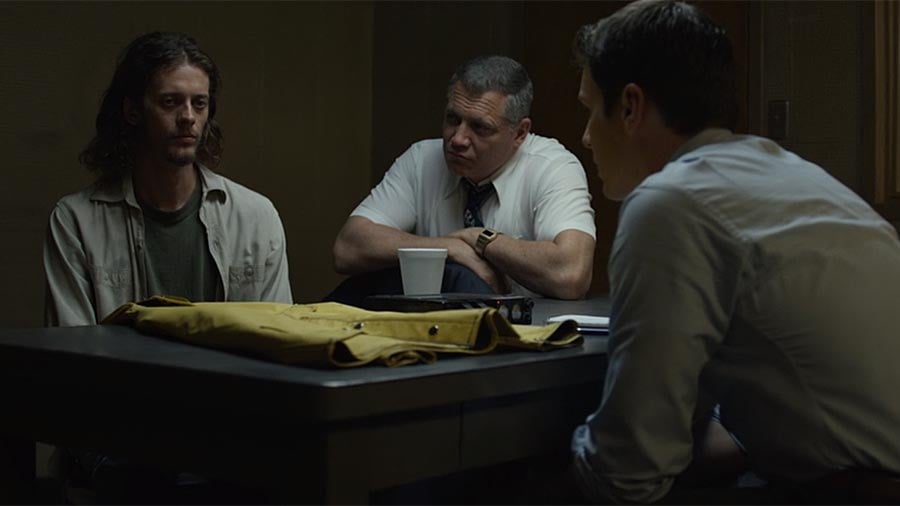 Thinking they share a bond, Devier starts opening up about being attracted to Lisa and eventually confesses to murdering her. Ford loves the media attention, even if Dr. Carr and Agent Tench think it's going to make it harder for them to speak with more killers in the future. Ford got his killer (and the glory), but what kind of man is Ford turning into?

Gregg, the agent the team adds in episode eight, feels the same way, so he sends the Office of Professional Responsibility the tape of Ford's interview with Richard Speck, a man who raped and murdered eight women in one night. The interview is completely inappropriate, and the team decided to get rid of the tape and say it was accidentally destroyed. But Gregg kept the tape and now OPR has it — though Ford and Tench blame Dr. Carr for giving OPR the tape — and Ford's FBI career is in serious jeopardy. 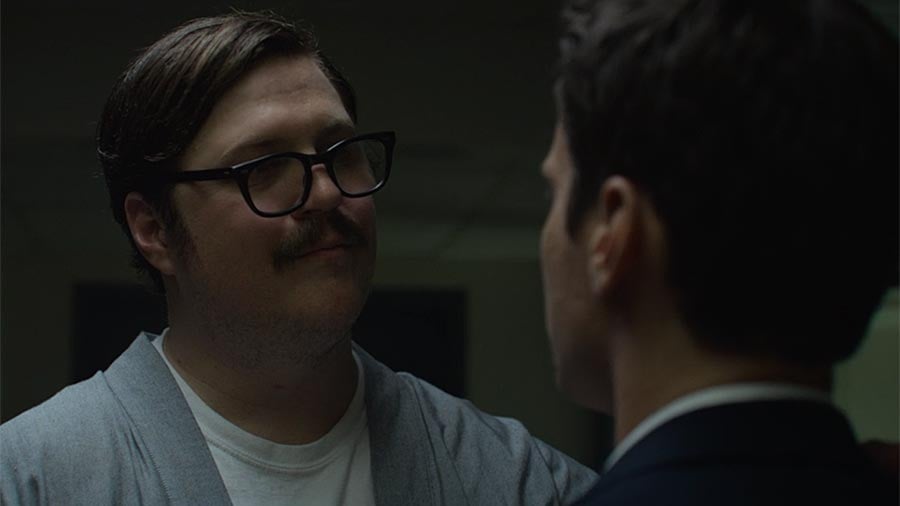 Of course, all Ford sees is that he is justified and the FBI can kick rocks for questioning his methods. He goes to see Kemper, who makes Ford his medical proxy and then attempts suicide in order to get Ford's attention. Apparently Ford has been ignoring Kemper's letters and Kemper misses their chats. When Kemper tries to hug Ford (a seriously scary moment), Ford kind of freaks out. He does hug Kemper, but only to appease the giant serial killer who is currently towering over him, and then runs into the hospital hallway and collapses in an apparent panic attack.

The final scene takes us back to the ADT serviceman, aka Dennis Rader, aka the BTK Killer, in Kansas. He is burning creepy drawings of bound women in a trash can outside his home. Presumably, season two of Mindhunter will continue to track the BTK Killer, since John Douglas (the real-life FBI profiler whom Agent Ford is based on) was a key official in bringing Rader to justice. 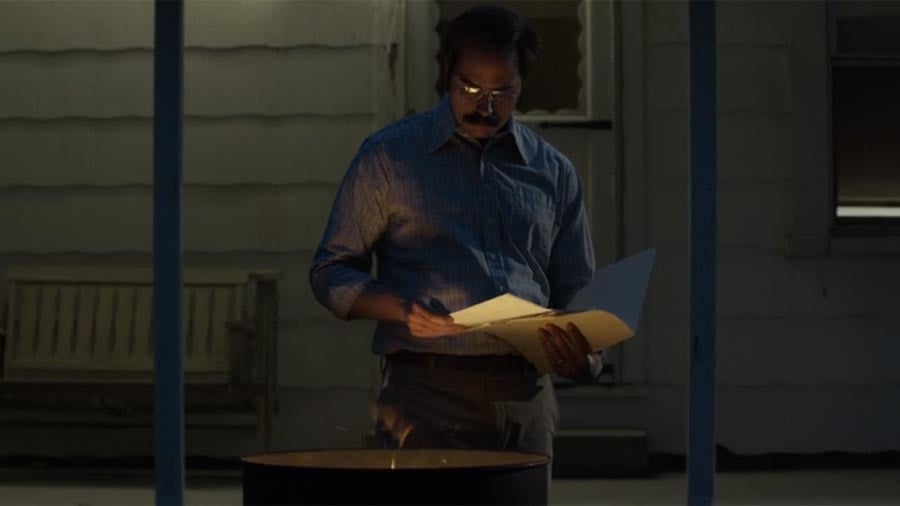