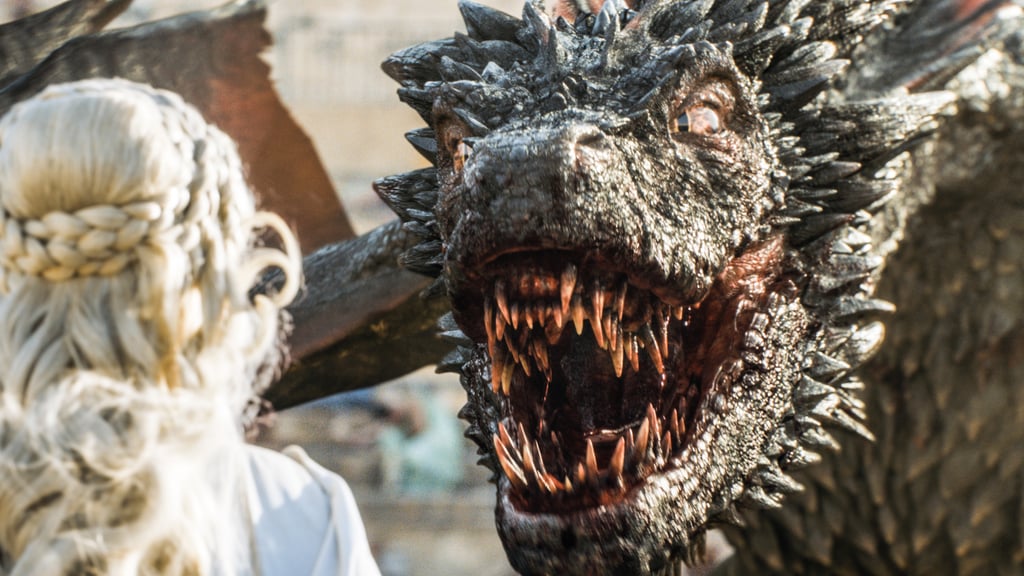 A lot of us might claim we watch Game of Thrones for the drama, the betrayals, and the shocking moments that still haunt us. But, let's be real for a second: even eight seasons later, we watch it for the motherf*cking dragons. There are few things as exciting as hearing Daenerys Targaryen utter the word "Dracarys" to her three — oops, now two — fire-breathing children who have given the show an extra something-something ever since rising from the ashes of Khal Drogo's funeral pyre in season one. Although we don't get to see them as often as we'd like (even HBO can't cough up all that CGI money), here's a quick guide to each of Dany's children.