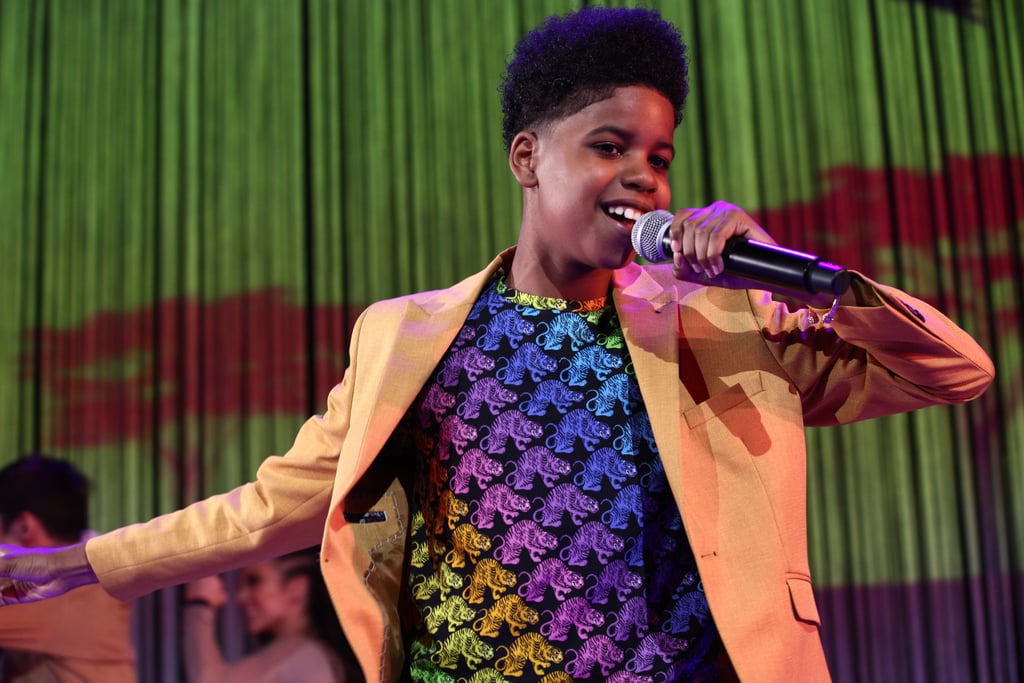 JD McCrary is the talented young actor behind little Simba in Disney's The Lion King remake, so be prepared for his reign! The 12-year-old performer has wowed listeners with his vocals time and time again, notably when he sang at an LA Clippers game in 2017 and joined his The Lion King costar Donald Glover on stage at the 2018 Grammys. Most recently at the ARDYs: A Radio Disney Music Celebration show, he even gave fans a sneak peek of his role as the young Pride Rock cub with a high-energy performance of "I Just Can't Wait to Be King," alongside Shahadi Wright Joseph, who is playing young Nala.

It's hard not to get chills and smile from ear to ear when McCrary sings, so look ahead to watch the charming rising star impressively belt a few catchy tunes — including some of his own songs!

Related:
The Lion King: You'll Get the Urge to Sing "Circle of Life" After Seeing These Photos
Previous Next Start Slideshow
MusicThe Lion KingJD McCrary