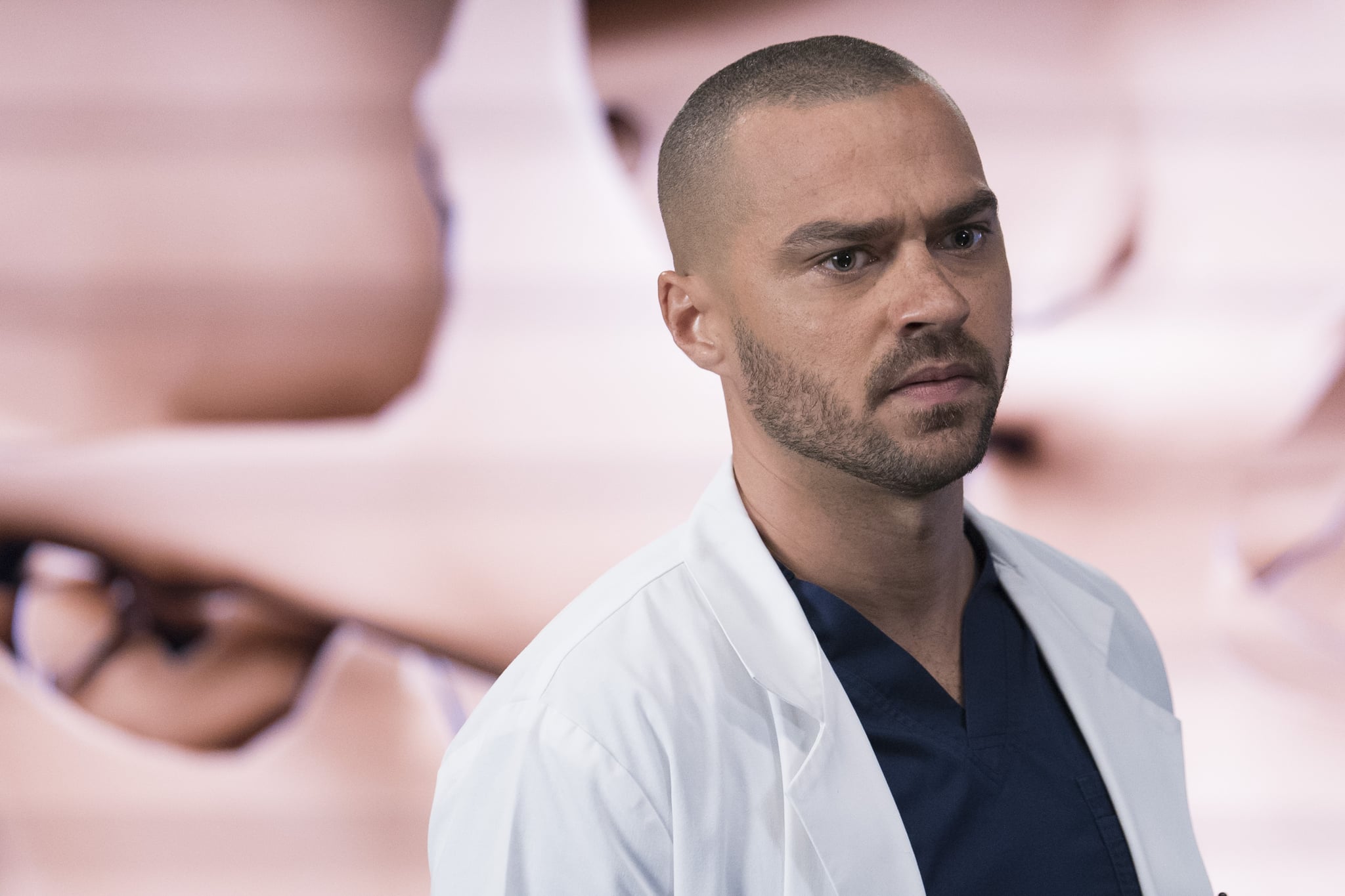 If you've been watching Grey's Anatomy for any length of time, you've gotten used to the revolving door that is the cast list. Of the original characters from the 2005 pilot, only four remain: Chandra Wilson's Bailey, Justin Chambers's Alex, James Pickens Jr.'s Dr. Webber, and of course, Ellen Pompeo's Meredith. In last season's finale, we lost two longtime cast members when Jessica Capshaw and Sarah Drew wrapped up their characters' storylines and departed the show. And after Thursday night's episode, there's a lot of concern that yet another character might be on their way out. The character in question? Jackson Avery, played by Jesse Williams.

To say Jackson's been through a lot lately would be an understatement. By the time we got to this episode, he's lost his family's legacy and fortune, the mother of his child gets married and moves away with their daughter, and he's nearly been hit by a car. By Grey's standards, that's pretty run-of-the-mill drama — but Jackson doesn't seem to be processing it in the usual way. He even admits to Maggie that he might have PTSD. This might not be cause for concern on this twisty drama, if it weren't for the fact that he completely disappears in the third episode of season 15.

On screen, the explanation for Jackson's vanishing act is that he's taken a leave of absence to deal with all the things he's been through. That definitely sounds like something not permanent, but some fans aren't convinced. After all, this is the show that once wrote a cast member out by sending them into the parking garage at the end of an episode and never hearing from them again! Let's look at the evidence either way.

The biggest argument in favor of a departure is the length of time Williams has been on the show. Jackson was first introduced in season six back in 2009 and was promoted to series regular the following year. That would make season 15 his 10th in a row, which is on the high end for most nonoriginal characters on the show. For comparison, the only nonoriginal cast member who's been around longer is Owen, played by Kevin McKidd, who debuted in 2008. Other characters who debuted in the same season as Williams — namely, Capshaw and Drew — have left the show. Meanwhile, Sara Ramirez departed after her 10th season, Eric Dane after his sixth, and even original cast member Sandra Oh left after 10 seasons. By that metric, Williams's time might be about up.

In favor of his character staying, though, are a few things. Jackson and Maggie's relationship has become a central element to the show, and it seems hard to believe that we'd have the "season of love" start out with one major romance ending unceremoniously. It's also worth noting that, in recent years, the only "surprise" departures have been when characters have been killed off (still not over Derek or Mark, honestly). The relatively happy finales for Oh, Capshaw, and Drew were all announced in advance to give the cast and fans alike time to say a proper goodbye. Given how popular Jackson is, it seems unlikely that he'd be written off so quietly.

Upcoming episodes will confirm for sure whether or not Jackson will be returning to the halls of Grey Sloan Memorial. But if we had to guess? Jackson's crisis will just be another heart-wrenching arc in true Grey's fashion.