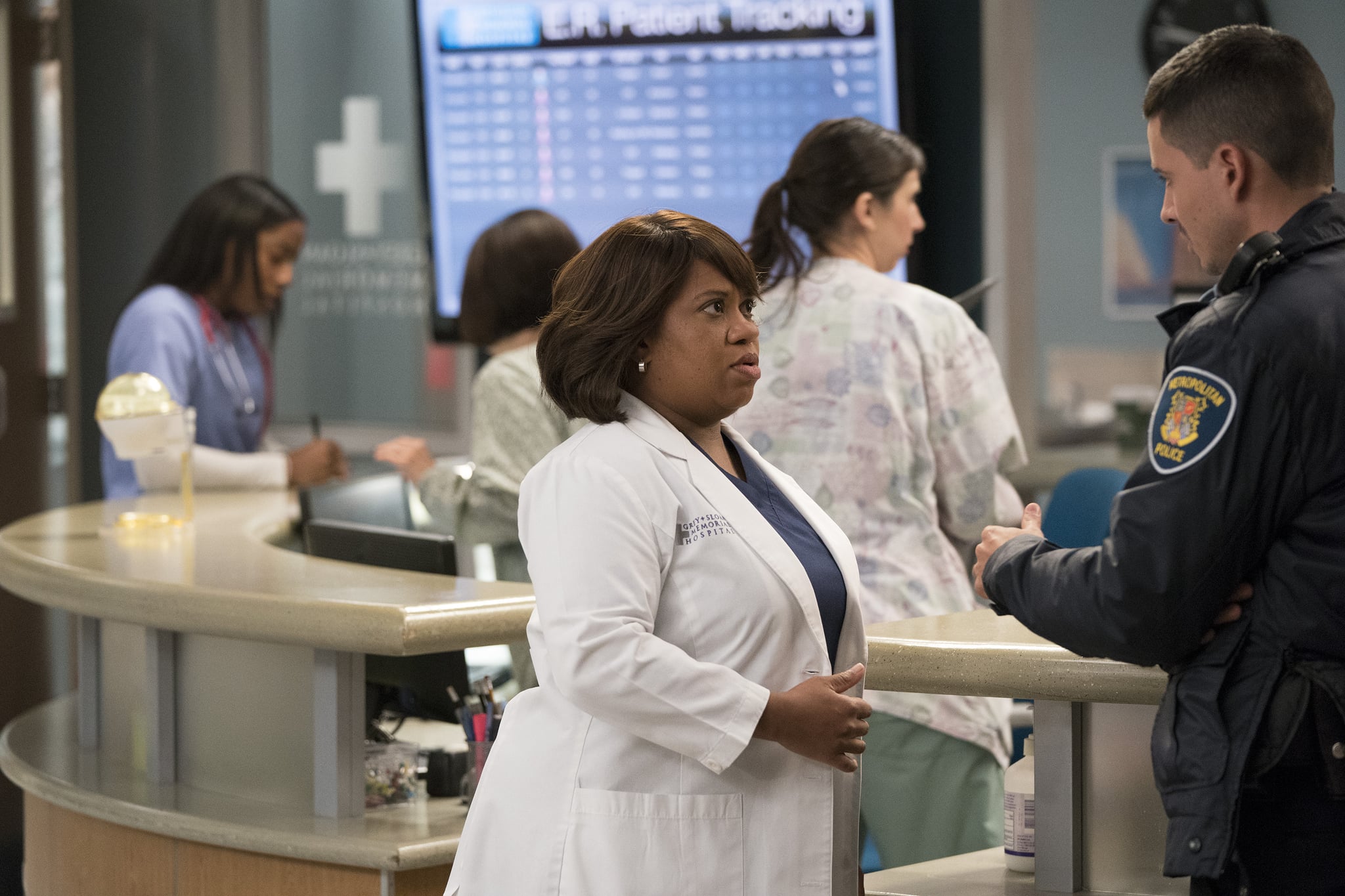 If you thought that Grey's Anatomy was going to gently welcome its viewers back after the season 14 Winter finale, you thought wrong. In the latest gut-wrenching episode, we see Jo confront her estranged abusive husband, April grappling with her past, and a young black boy being brought to the hospital after getting shot by the police. The pain keeps coming even after the one-hour show.

In the teaser for next week's episode, Chief of Surgery Miranda Bailey tells a hospital staff member that she believes she's having a heart attack. Later in the promo, we hear a flatlining EKG, and a flatlining EKG is never a good sound in medical dramas.

In this season alone, Bail has had to manage the aftermath of last season's fire and fending off a cyberattack on top of running a surgical contest. In her personal life, her husband changes career paths twice, and she has to explain to her young black son how to safely talk to the police. Bailey's life is fairly stressful at the moment, to say the very least.

I don't want to jinx myself, but I don't think that Grey's will just kill off Dr. Bailey, who's been a mentor to basically everyone in the hospital, except Richard Webber (and even he sometimes needs sense talked into him). It just doesn't seem like something the showrunners would do to one of the most important original characters. It's not dignified. Plus, Jessica Capshaw, who plays Arizona, promised us that this season would be more lighthearted. Killing a beloved character is the complete opposite of lighthearted.

Although I don't want it to happen, it's more likely for Bailey to take a break from medicine to spend time with her son and husband, Ben, after a harrowing near-death experience. After all, Jason George, who plays Ben, might not be sticking around Grey's Anatomy for long now that he's starring on the Grey's spinoff Station 19 (although the show does take place in Seattle). Maybe Chandra Wilson, the brilliant actress behind Dr. Bailey, will even become a regular on Station 19. Right now, we only know that Ellen Pompeo has signed a two-year contract for seasons 15 and 16. How long other cast members stay on the show is up in the air.

If Chandra Wilson does leave, she deserves a respectable send-off like Sandra Oh's, but here's hoping that we'll keep seeing Miranda Bailey in the halls of Grey Sloan Memorial. Like she says in the teaser, she'll be damned if she lets a blocked artery take her down. One thing's for sure: next week's episode will remind us to appreciate the powerhouse that is Chief Bailey.