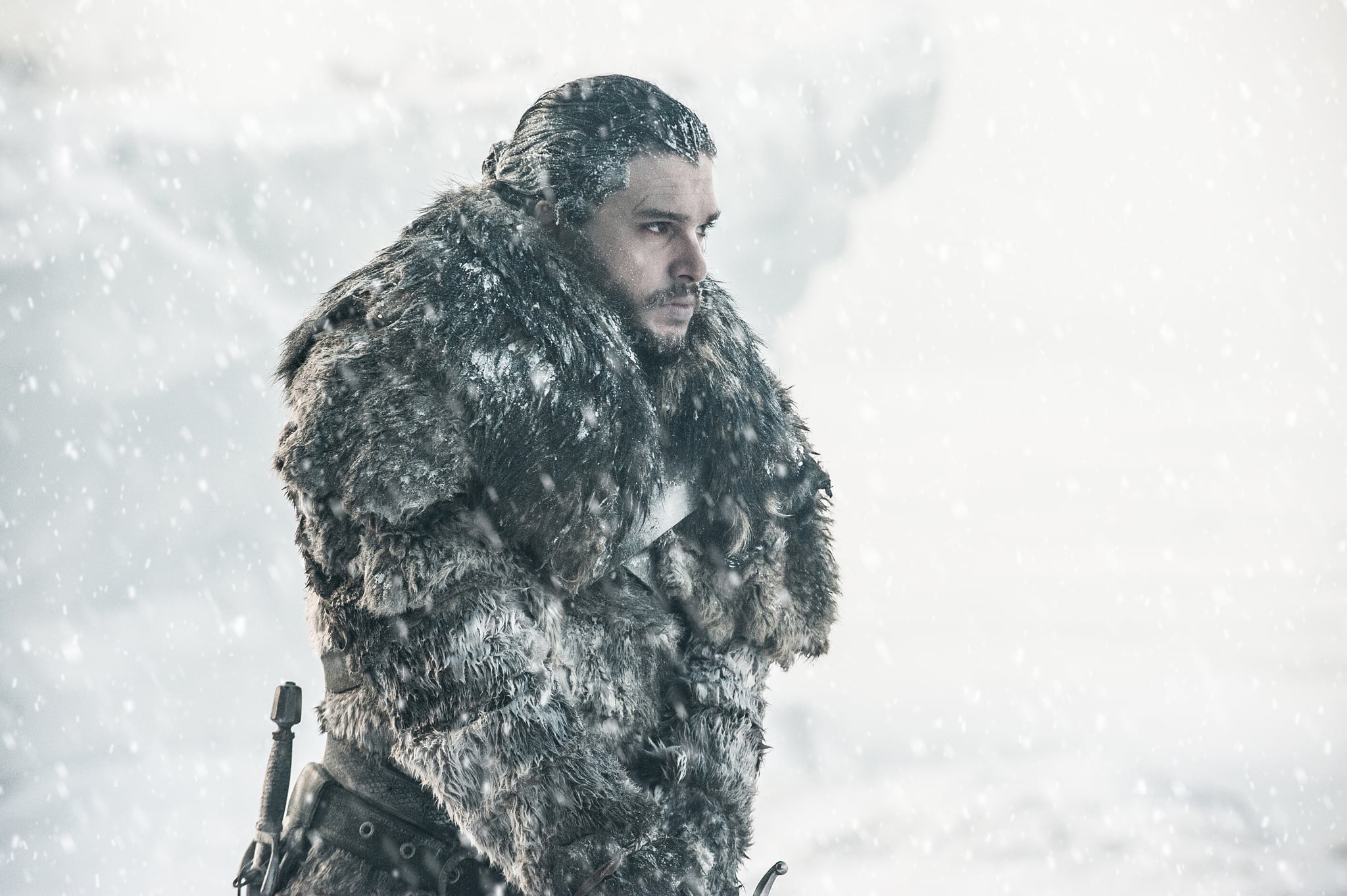 Game of Thrones spoilers below, y'all.

I don't know about you guys, but I'm still shaking over Sunday night's episode of Game of Thrones. Zombie dragons? A gross bag of faces? An official acknowledgment of Daenerys and Jon Snow wanting to bone? Not only is it season seven's most shocking episode so far, but it might also be the most memorable installment in Game of Thrones history. Now, hidden within all of those aforementioned moments, you might have missed a tiny, bizarre detail concerning Jon's beloved sword, Longclaw.

The rare, Valyrian steel sword plays an important part in "Beyond the Wall," since Jon attempts to give Longclaw back to Ser Jorah Mormont earlier in the episode. The sword originally belonged to House Mormont, aka Jorah's House, but is gifted to Jon by Lord Commander Jeor Mormont during his early days at the Night's Watch. Jeor gives Jon Longclaw as a reward for saving him from a wight beyond the Wall and later replaces the bear on the sword's pommel with a direwolf (the sigil of House Stark). Typically, such a rare weapon would be passed down to the successor of a House, but since Jorah was banished from Bear Island for selling poachers into slavery to get more money, his father refused to hand over Longclaw.

Jon, knowing that Jorah has more than atoned for his past behavior, attempts to give Longclaw back to him, but Jorah won't take it (and instead makes a reference to Jon passing it down to his own children . . . with Dany, perhaps?!). It's a touching moment, but a later scene featuring Longclaw gets pretty bizarre.

When Jon is tackled into the depths of an icy lake by a few wights in the midst of the massive battle with the White Walker army, he drops Longclaw on the ice before he goes down, rather than letting the sword sink to the bottom. The camera then hovers at ice level in front of the sword, waiting for Jon to surface. When he does, something strange happens to the eyes of the direwolf on Longclaw's pommel.

Here are the eyes while Jon is in the water: 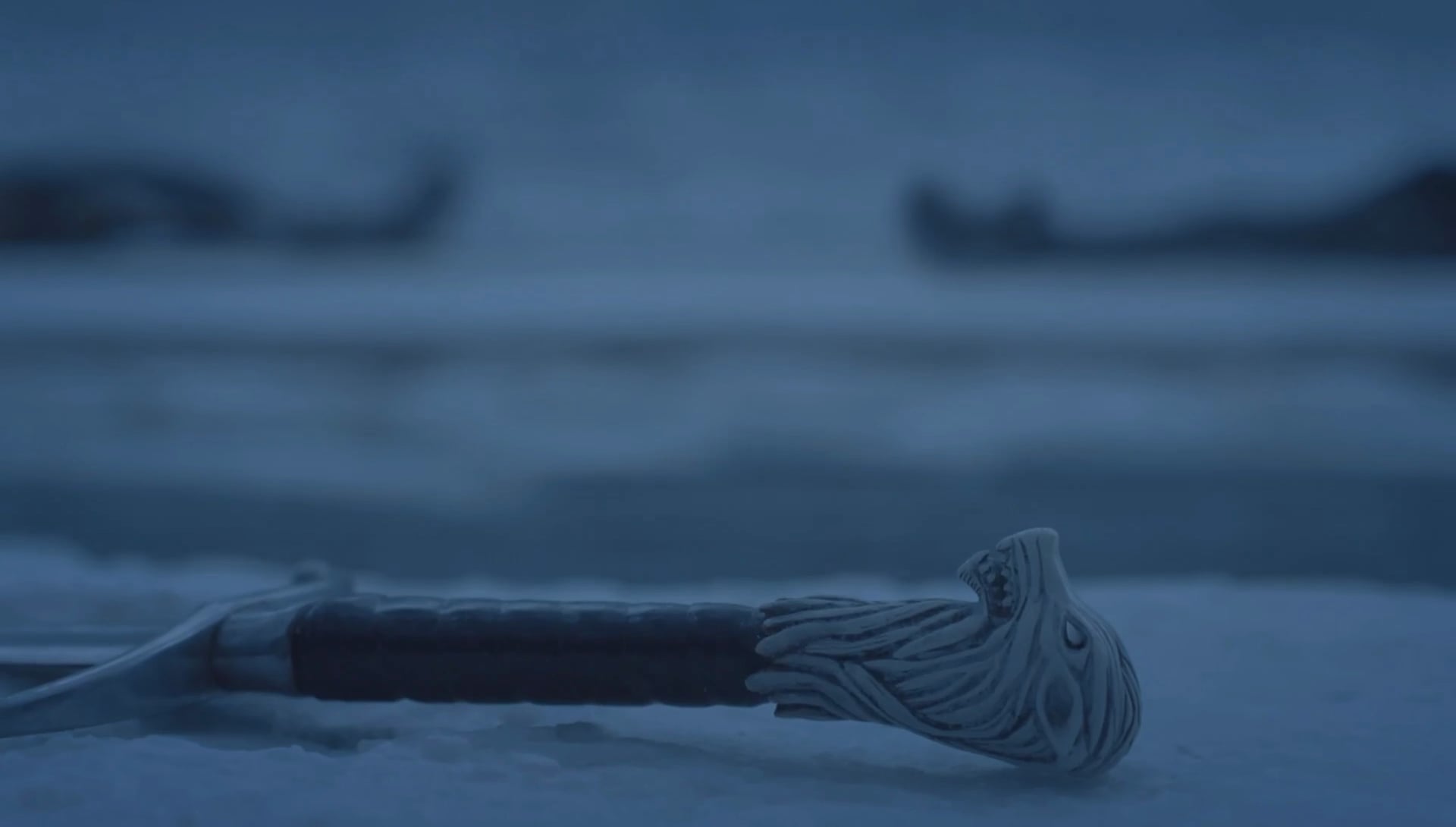 And now this is what they look like while Jon is climbing out of the water: 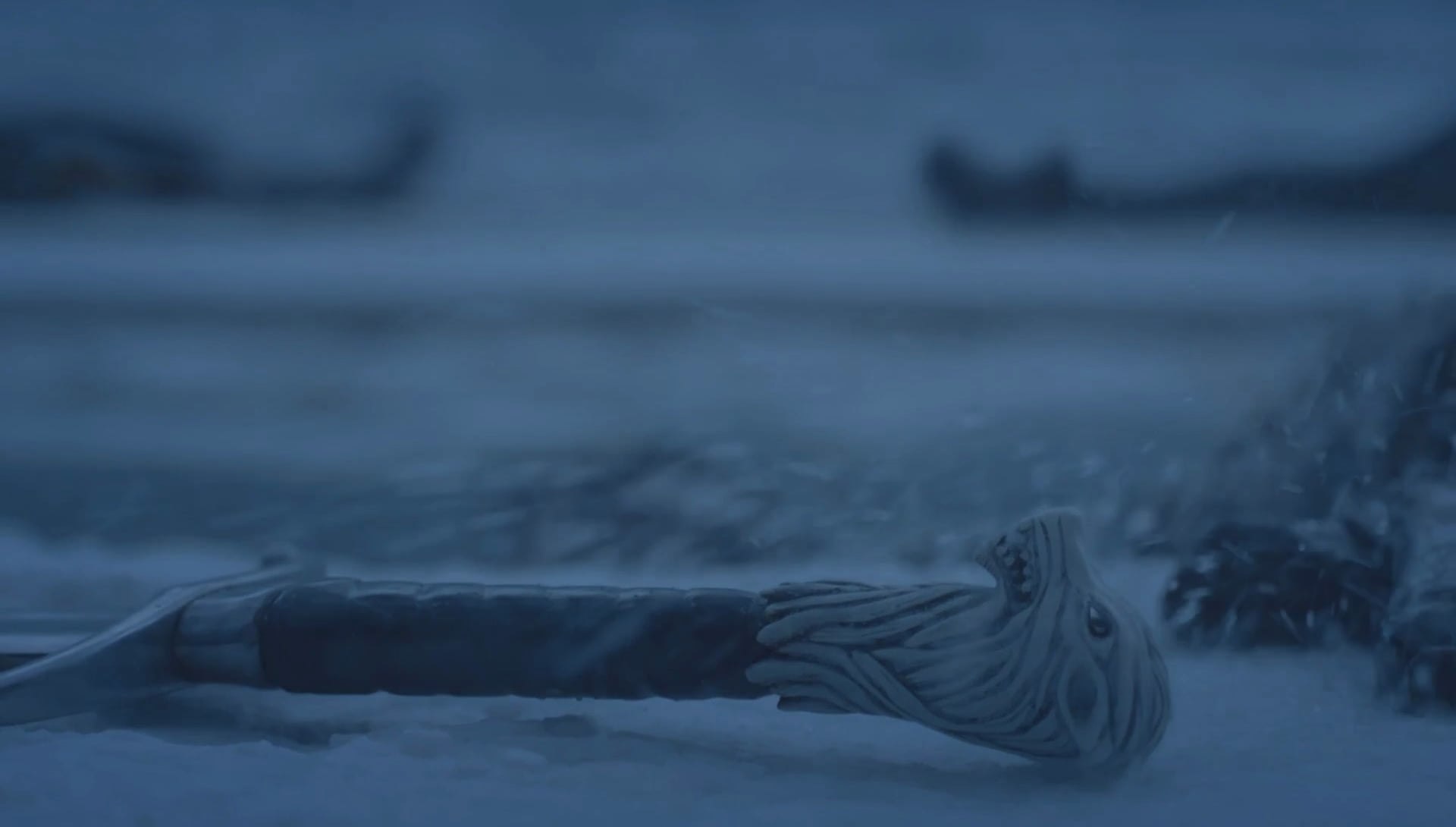 Notice how the eyes start off clear, but then it almost looks as if they roll forward? Again, for anyone who missed it:

What gives?! While we wouldn't necessarily be opposed to a storyline about Longclaw being haunted by the ghost of Jeor Mormont (just kidding — please don't do that), there's actually a very simple and underwhelming explanation as to why the eyes of the sword go from light to dark as Jon climbs out of the lake, as pointed out by Redditor heppyatheist:

Comment from discussion [MAIN SPOILERS] I can't be the only one who noticed this about Longclaw..

So, what we're actually seeing when the eyes shift colors is just the reflection of Jon's glove slapping the ice behind the sword, since the gems that serve as eyes in the direwolf carving are transparent. Not exactly a life-altering detail, but kind of cool nonetheless. 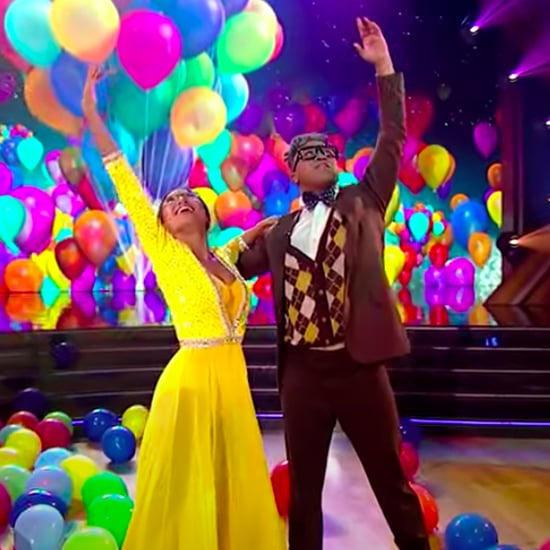 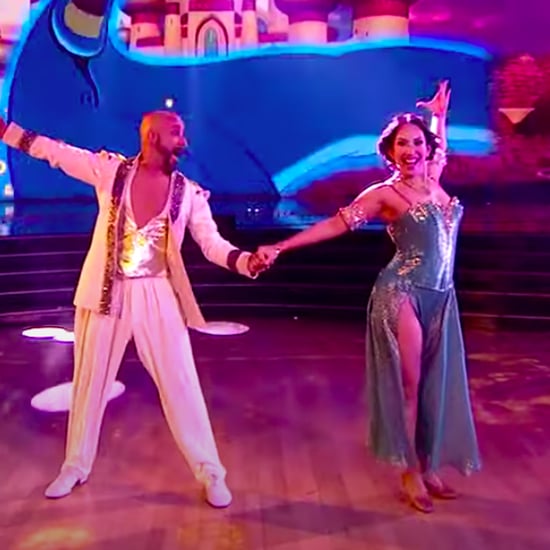 Best of 2020
Need a New Show to Binge? Our Top Apple TV+ Picks Will Do the Trick
by Julia Duda 3 hours ago