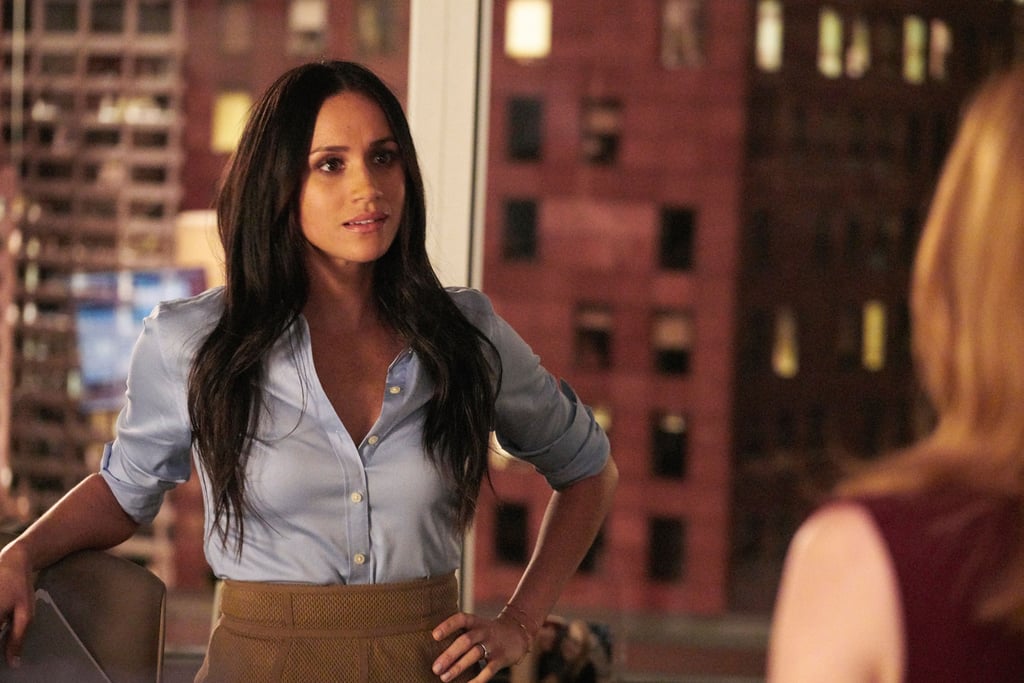 Get ready to say goodbye to Suits! Earlier this month, creator and showrunner Aaron Korsh announced that the USA legal drama will be coming to an end after its ninth season. The decision to end the series comes after the news of Korsh's new spinoff, Pearson, starring Gina Torres. So, what does this all mean? Will Patrick J. Adams and Meghan Markle return for a special cameo following their season seven exit?

Well, according to Korsh, there is a possibility that some of the original cast will return. "As of this minute I don't know which of our old original cast will be back and which won't because we're so early in the season. I can tell you that those things in the papers, I have no idea what they're talking about," Korsh said, referring to reports that the show was donating millions of dollars to charity to get Meghan to make a cameo. "I have not arranged for millions of dollars to be donated to anything on behalf of anyone so that I can tell you, but as far as the original people coming back including Jessica, we're so early in the season that we haven't formulated what we want to do, so we can't reach out to people before we know what we want to do."

However, before you get your hopes up, it looks like Markle will not be returning. "I would love it, but I think it's pretty close to zero," Korsh recently confirmed, adding that he's "not currently pursuing asking Meghan to leave her position with the royal family and join us." "We love her, we wish her well but I don't think that's happening," he later told Deadline. Markle appeared on the USA legal drama as paralegal Rachel Zane from 2011 to 2018. Regardless of whether she returns or not, Rachel will always hold a special place in our hearts.

Ryan Murphy
From "Glee" to "Monster: The Jeffrey Dahmer Story," Take a Look Back at Ryan Murphy's Prolific TV Career
by Eden Arielle Gordon 3 days ago